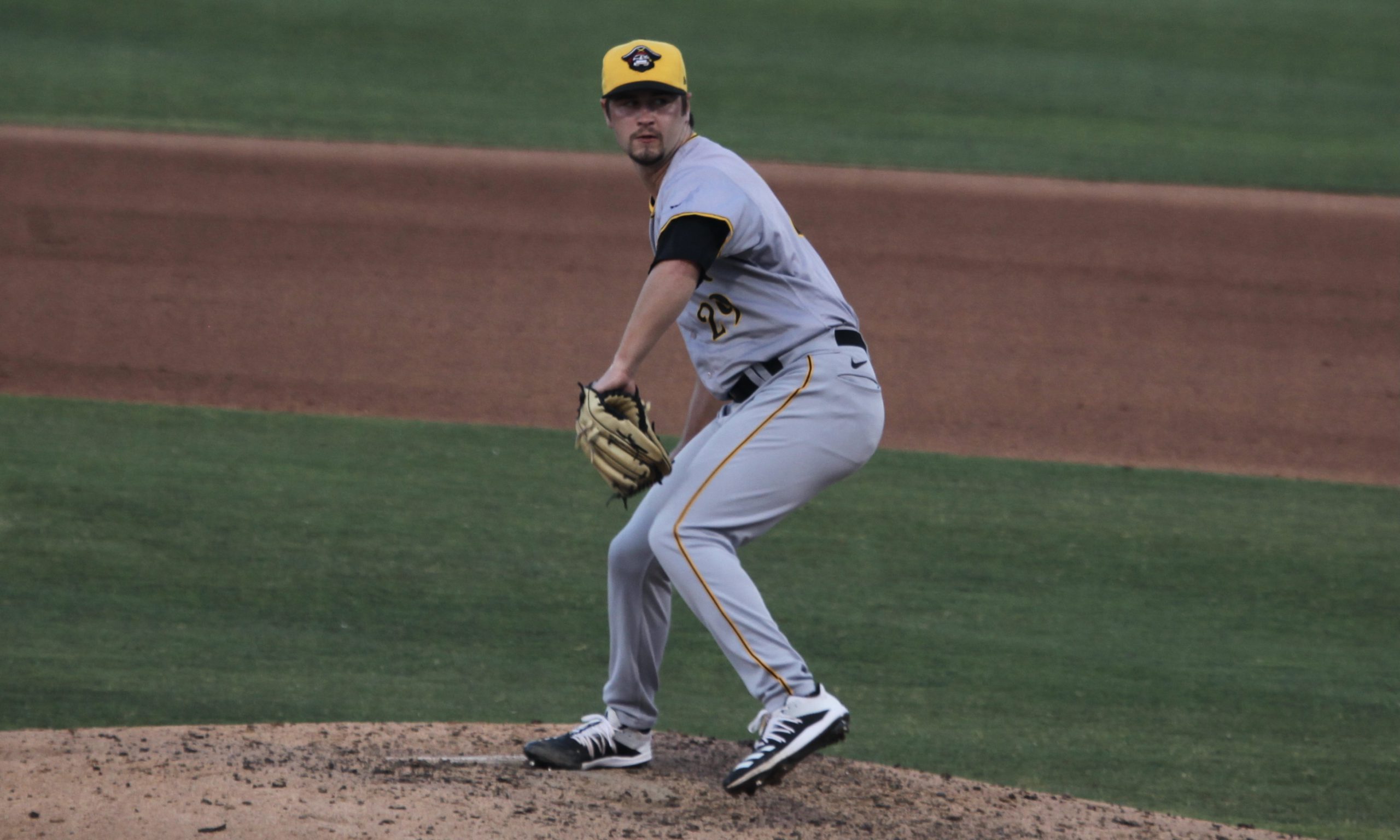 Jennings was a star quarterback in high school, but had his football career ended by an ACL injury during his junior year.  He was healthy enough to play baseball in 2017 and impressed scouts enough that he was considered a second round talent.  The Pirates selected him with the compensation pick from their failure to sign Nick Lodolo in 2016.  Jennings has loose arm action with quickness, which generates a fastball that, according to Baseball America, ranged from 90-96.  In the GCL after being drafted he sat at 89-92, and his velocity has been below that at times.  He also throws a hard slider that could end up as a plus pitch, along with a curve that has potential.  By the time that he reached Bristol, his change was his best pitch.  BA ranked Jennings 49th among draft prospects.  He had a commitment to Mississippi, but the Pirates signed him for $264,500 above the slot amount.

Jennings didn’t put up great numbers in the GCL.  A lot of it was a shaky stretch in early- to mid-August, but he pitched well in his last two starts.  He showed mostly good control but didn’t strike out many hitters.

Jennings spent the season in the Bristol rotation.  His performance was uneven, but probably better than the ERA.  He improved gradually; his opponents’ OPS, from June through August, was .807, .743 and .627.  He had no platoon split.  It’s possible he was affected by a broken rib that he suffered before the season and that impacted his preparation.

The Pirates put Jennings in the Greensboro rotation and he had another difficult season.  He did, however, make modest improvements in most areas.  He allowed fewer runners, and improved his walk and K rates.  He also doubled his previous season’s innings total while staying healthy.  Jennings improved after a very bad April, when he had a 7.89 ERA.  He had a lot of trouble with left-handed hitters, who batted 307/358/475 against him.

Jennings’ stuff hasn’t developed the way the Pirates hoped, but he’ll no doubt keep moving up and pitching as a starter for the time being.