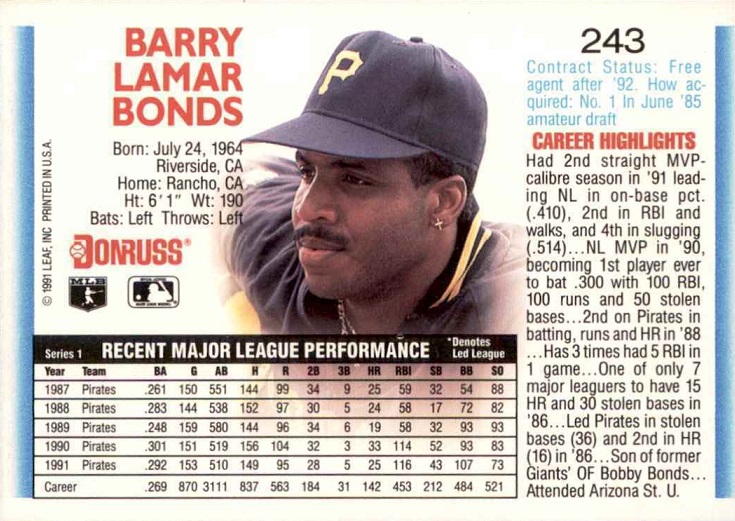 That supreme effort was good for only 19th on the Pirates’ all-time leaderboard of single season Weighted Runs Created Plus (wRC+).

So who boasts the top hitting season (by wRC+) in Pirates history? We posted this poll on Twitter over the weekend:

Which hitter has the top single-season wRC+ (Weighted Runs Created Plus) in Pirates’ franchise history? Take your guess and visit https://t.co/zIwUgDffgS this week for the answer.

We covered Weighted Runs Created Plus (wRC+) in a season recap article in October, but for those who didn’t see that, here’s a quick primer: Weighted Runs Created Plus is a simple metric that attempts to portray a hitter’s offensive production in relation to others, regardless of ballpark or even era. A wRC+ of 100 is league average. A hitter with a 150 wRC+ in a season was 50% above league average. Conversely, a hitter with a 70% wRC+ was 30% below league average. If you want the details on wRC+, read all about it on Fangraphs.

Pirates fans may wince at seeing Bonds atop the list in his last season in Pittsburgh. As they should.

The top six wRC+ seasons belong to Bonds and Babe Ruth, with three each, followed by familiar names such as Ted Williams, Rogers Hornsby, Mickey Mantle, and the not-so-familiar Fred Dunlap (who briefly played for the Pittsburgh Alleghenys from 1888-1890, four years after his wRC+ bonanza).

To give you some additional context, here are the top wRC+ seasons by Pirates hitters over the last 10 years:

And for posterity, here are the wRC+ numbers for Pirates who have won relevant awards:

As you may have guessed, Groat’s MVP campaign was greatly bolstered by his shortstop defense, which, itself, generated 24.3 fWAR.

There are a couple of fun pitchers (in italics) appearing in this list. Their wRC+ numbers are compared to all hitters.

(Side note: My uncle played golf with SP Don Robinson a number of times and always marveled at how far Robinson could drive the ball off the tee. In his career, the 6-foot-4, 231-pound Robinson had 13 home runs and an ISO of .098 in 665 plate appearances.)

Rookie of the Year

One final tidbit: If there are any Dots Miller fans out there, he posted a career-high 121 wRC+ in 1909, his rookie year. I can’t be certain, but I feel like there is someone out there who will find that interesting.