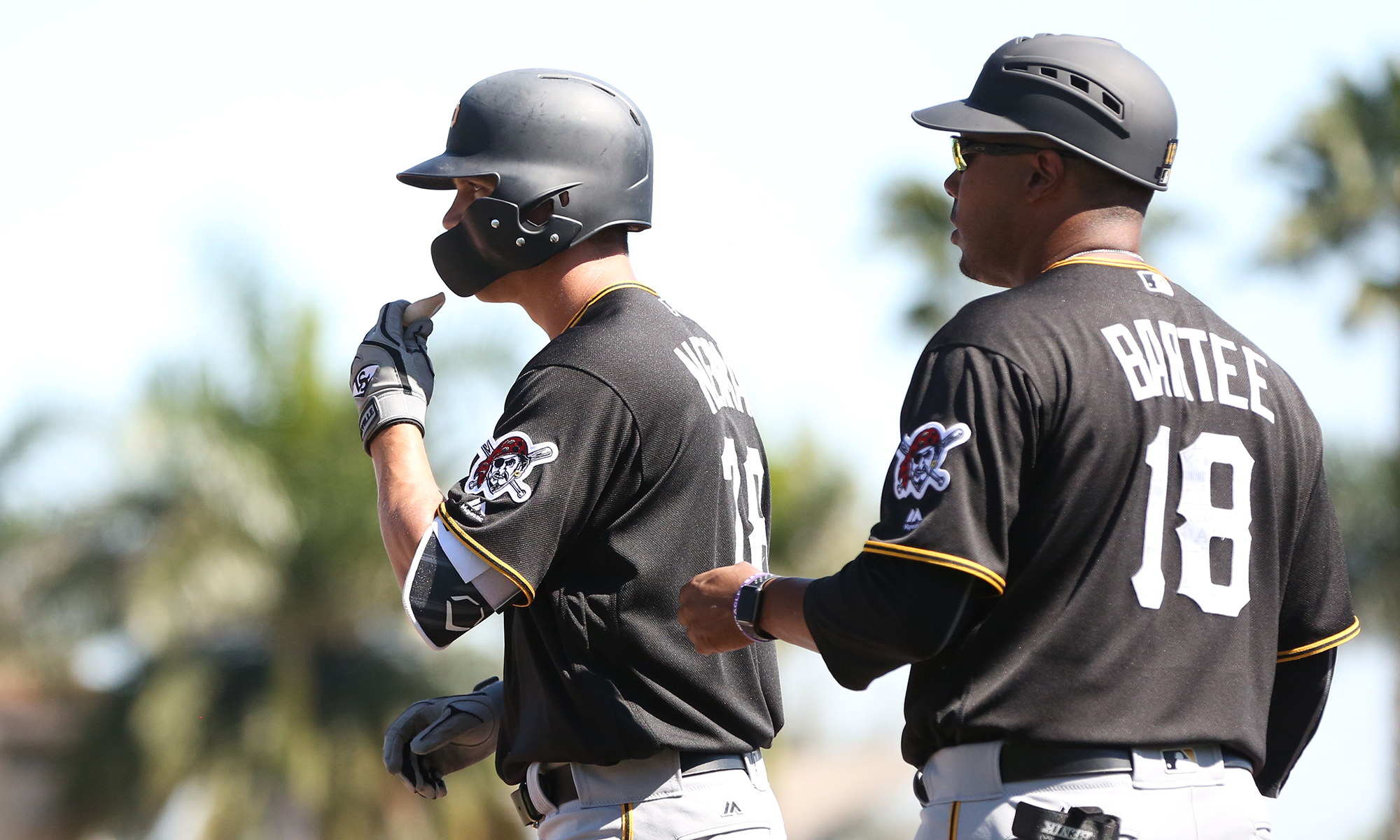 Former Pittsburgh Pirates first base coach Kimera Bartee passed away yesterday at the age of 49. The Detroit Tigers and the Pirates both sent out their condolences.

“We are deeply saddened to hear the news of the sudden passing of Kimera Bartee,” said Pirates Chairman, Bob Nutting. “He was a great person, whose upbeat attitude and infectious smile would always lift the spirits of anyone who interacted with him. Our hearts go out to his family, whom he loved so much. He was much too young and will be dearly missed.”

Bartee spent 12 seasons in the Pirates’ organization. He was most known for being the First Base coach in the majors from 2017-19. He was the Minor League Outfield/Baserunning Coordinator from 2008-2016, and the manager in State College in 2011. He later joined the Detroit Tigers, where he was recently brought back as their First Base coach.

During his playing career, Bartee played all three outfield positions, and spent parts of six seasons in the majors with three organizations (Detroit, Cincinnati, Colorado).

I first met KB in 2011 in State College. From that point on, every time I saw him in passing around the organization, I was always greeted with his classic smile, a fist bump, and a brief talk to catch up. KB was soft spoken, radiated positivity and friendly vibes, and always seemed to be lifting others up around him. I don’t think I ever saw him without that smile, and he was one of the most personable people I’ve met inside this industry. KB seemed like a guy who just loved life and was universally loved by those who surrounded him. He’s gone too soon and will be missed. My thoughts go out to his family during this time.

We mourn the passing of Kimera Bartee, who played for the Tigers from 1996-99 and spent last season as the Tigers first base coach. pic.twitter.com/3Lg6G1anAQ

I’m speechless. We just talked 2 days ago. I’m so sad for his kids. Life is precious. Gonna miss you bro🥺. This doesn’t even seem real https://t.co/KQchiyGAqw

I remember this video after Corey Dickerson won a Gold Glove with the Pirates. Just a little insight to the type of person Kimera Bartee was. A short clip but you can feel how kind and genuine of a man he was. My thoughts are with his family. https://t.co/d91emBv38F

Kimera Bartee was 49. Visiting his father in Omaha, Neb. when he collapsed and did not recover. No speculation on cause. He played for the Tigers in the late 1990s and finished last season as the club's interim first base coach, a job he was given full-time after the season

Dammit. Kimera was super good to me when I covered baseball. This is awful news. God bless him and his family. https://t.co/2TcdlScuMh