The Pittsburgh Pirates announced their 2022 Major League coaching staff on Thursday afternoon. Most of the spots remained the same, while the few changes were already announced weeks ago. 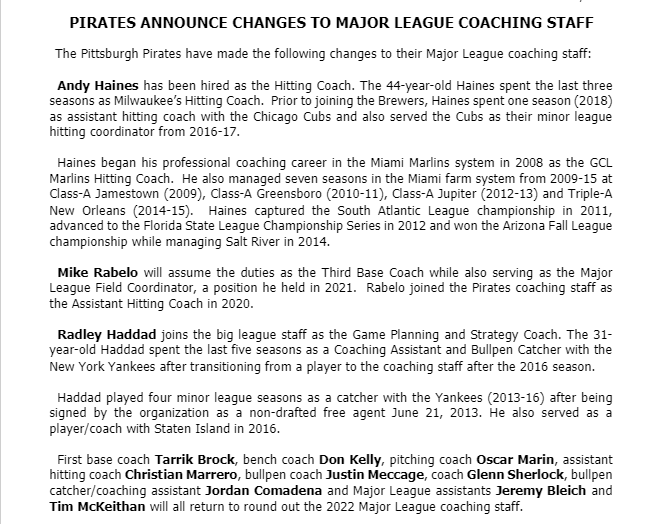 The only additions are Andy Haines as the hitting coach and Radley Haddad joined the club as a Game Planning and Strategy Coach. Mike Rabelo takes over as the third base coach from Joey Cora. Rabelo keeps his 2021 job as well as the Major League Field Coordinator. The other nine coaches remain in the same spot as last year, as shown in the photo above from the press release. Haines was announced nearly a month ago. Haddad was announced a few days later.