Pirates 2021 Seasons: The Adam Frazier Trade Left a Hole at Second Base 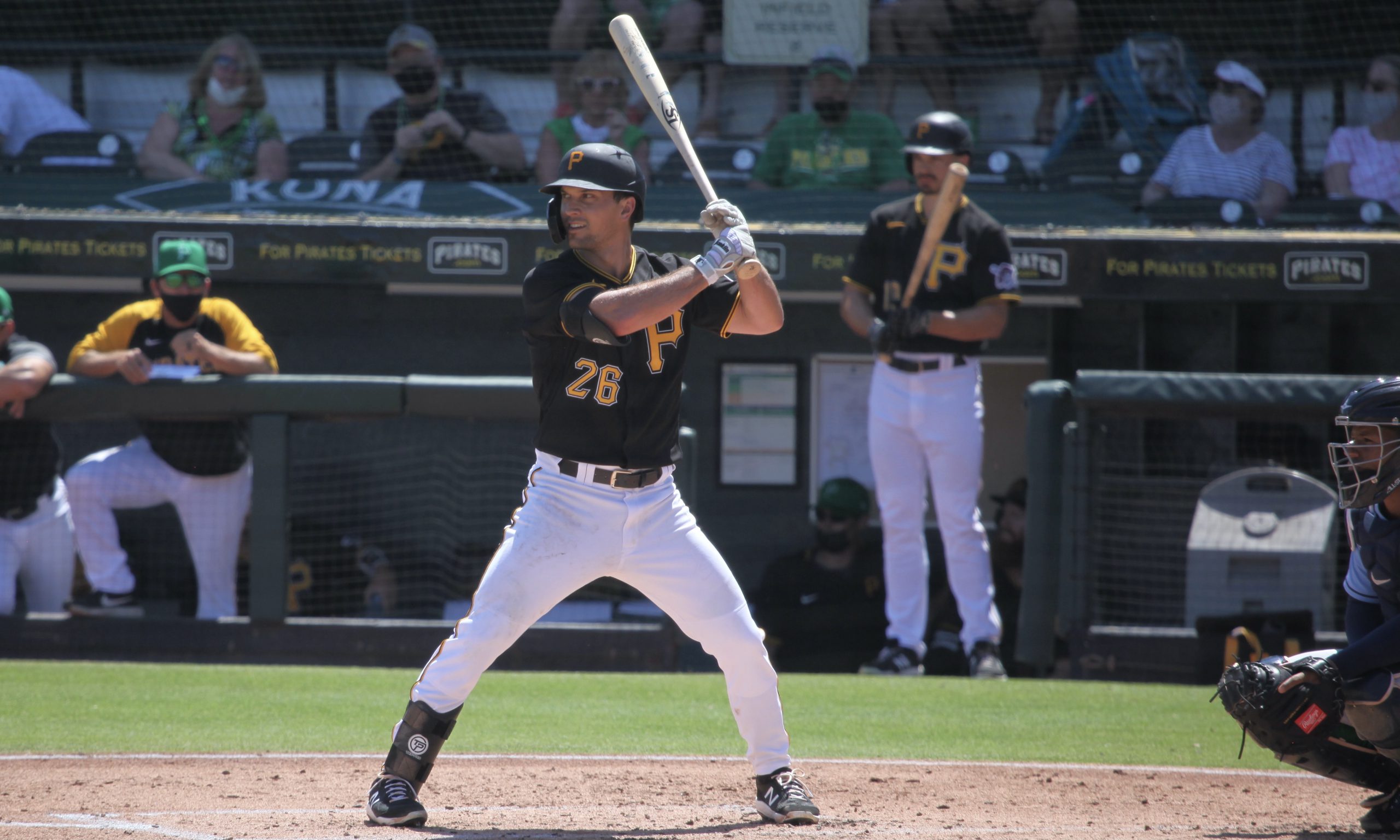 The Pirates have had a nice run of starters at second base over the last decade. Neil Walker, Josh Harrison, and Adam Frazier have combined to give the team consistent production at the position, with Frazier being the most recent to hold the job.

The 2021 season was the best that we’ve seen from Frazier in his MLB career, and one of the best seasons that any of those three second basemen above have put up with the Pirates.

Frazier hit for a .324/.388/.448 line in 428 plate appearances with the Pirates, resulting in a 3.0 fWAR. That also resulted in him getting traded to the San Diego Padres at the deadline. The Pirates got infielder Tucupita Marcano, right-handed pitcher Michell Miliano, and outfielder Jack Suwinski in return. The two position players are likely to spend time in Pittsburgh in 2022.

With Frazier gone, the Pirates will look to replace him and continue the strong run of production at the second base position.

They’ve already given time to a few candidates. Rodolfo Castro, Hoy Park, and Michael Chavis received the bulk of the time after Frazier was traded.

Castro came up from Double-A this year. He hit .198/.258/.395 with five homers in 93 plate appearances. Castro clearly wasn’t ready for the big leagues, but his power production leaves hope for when he’s eventually ready. That could be in 2022.

Hoy Park was acquired from the Yankees the same day as the Frazier trade. He hit .197/.299/.339 in 149 plate appearances with the Pirates, while playing second, third, shortstop, and all three outfield positions. Frazier and Harrison previously broke into the majors as super utility players who worked their way into a full-time second base job. The same could be possible for Park.

The Pirates also acquired Michael Chavis at the deadline, giving a former top prospect as a third candidate for the position. Chavis only saw 42 plate appearances with the Pirates, which wasn’t a strong sample to get excited about his .857 OPS. He does have good power potential, and should be a leading candidate over Castro and Park for the Opening Day job.

In addition to those three players, the Pirates have additional prospects in the minors, who I broke down today over at Pirates Prospects. That group includes Tucupita Marcano from the Frazier deal.

The second base position is currently open with no obvious solution for the first time in years. The Pirates do have plenty of candidates to replace the production from Frazier. The 2022 season will be a big year for those candidates to step up and try to take the long-term starting role.