The Pirates had a lot of players who could have been added, who will now go unprotected in the Rule 5 draft, eligible to be taken by any team. Honestly, I could see several scenarios playing out, from the Pirates losing zero of the players below, to them losing 1-2 of those players.

Here are the most notable players who went unprotected, with my thoughts on their chances of being drafted, if there is a Rule 5 draft next month that is. The current date is after the expiration of the current Collective Bargaining Agreement, so who knows?

Tahnaj Thomas, RHP – I would put Thomas as most likely to be selected, due to his raw stuff. He’s got the fastball velocity and slider to have the chance at success in the big leagues. His issue is control, which might be enough of a question for teams to pass on him.

Mason Martin, 1B – I’m not surprised that Martin went unselected, due to being a first baseman. That’s a position that rarely gets taken in the Rule 5 draft, and when it does, it’s usually someone with better displayed contact skills than Martin.

Cal Mitchell, OF – The Pirates added Canaan Smith-Njigba and Jack Suwinski via trade in the last year, and added both to the 40-man today, ahead of Mitchell. Mitchell could be a candidate to be selected for a team that wants to take a chance on him as a fourth outfielder with power potential.

Omar Cruz, LHP – Cruz had strong results in Altoona, but I think his upside is limited to relief, or at best, a back of the rotation starter. I don’t see him being a risk to be taken, as he lacks the stuff and the chance at a higher-end upside. Teams would really have to love his floor.

Cody Bolton, RHP – He’s coming off an injury, and hasn’t pitched since 2019. It’s not a surprise that he didn’t get protected, and I’d be surprised if he was selected.

Lolo Sanchez, OF – Sanchez had a strong season in High-A, but it wasn’t enough for the Pirates to protect him. He’s a threat to be taken if another team is looking to add a speed/defense combo who could hit for some power.

Yerry De Los Santos, RHP – He was re-signed as a minor league free agent a few weeks ago. De Los Santos could be a reliever in the majors this year. You’d think a team that wanted him enough for a Rule 5 pick would have offered him an MLB deal. This scenario has happened before, and has happened before to the Pirates, so don’t count him safe.

Eddy Yean, RHP – Yean is a similar situation to Thomas. He’s got a lively arm, but struggles with control, which would make him a risk to be selected, and unlikely to be protected all season.

**PBN Around the Horn: A Big Bowl of Pirates Roster Crunch for Breakfast

**Pirates 2021 Seasons: Can the Pirates Do Better in 2022 Than Ben Gamel and Anthony Alford?

**Pittsburgh Pirates Trade History: A Large Trade That Sort Of Happened with the Reds 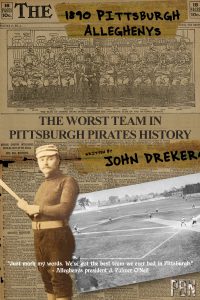 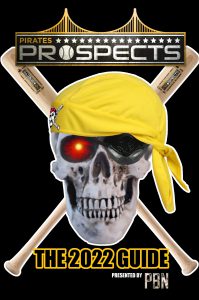 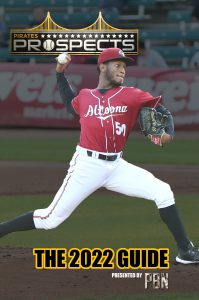 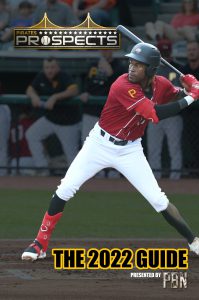