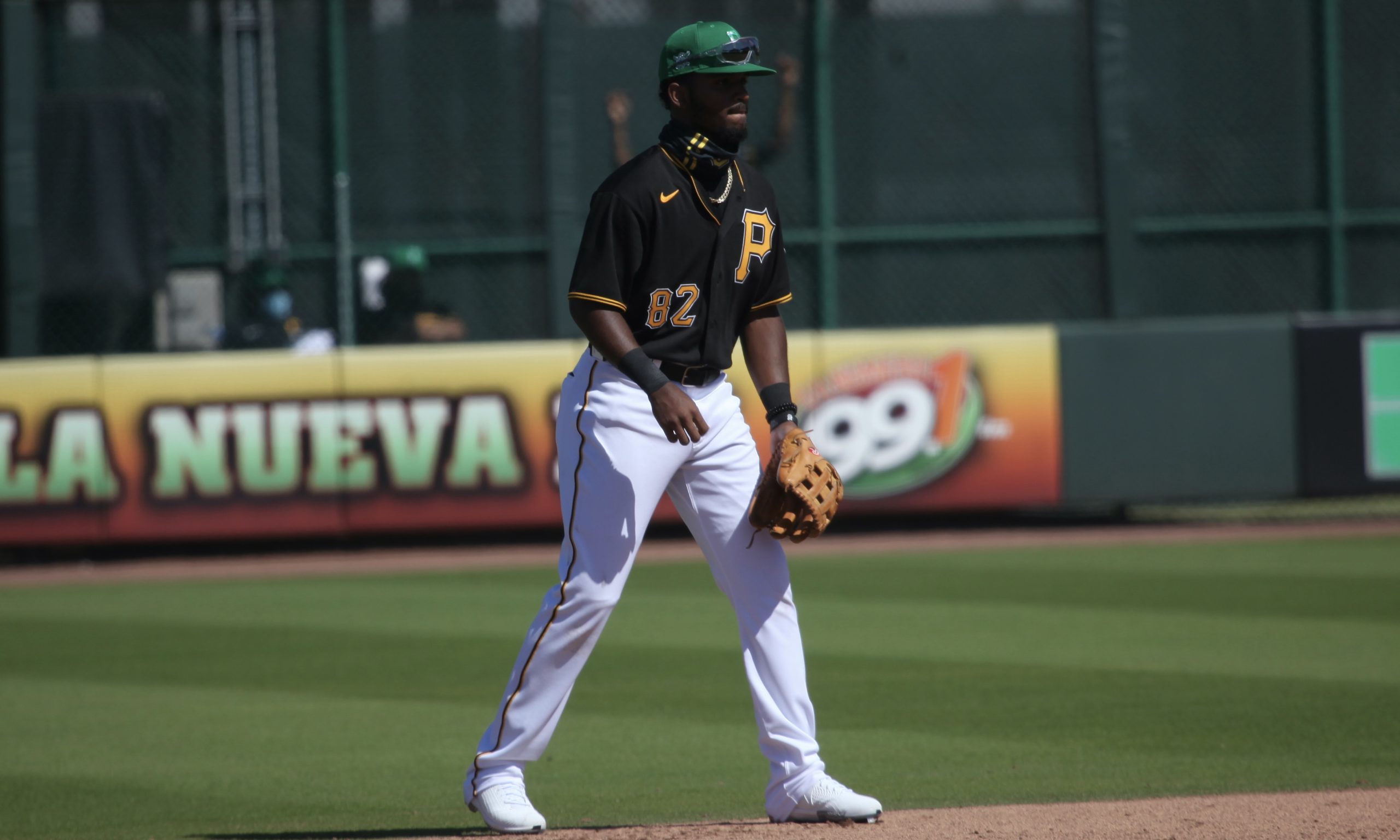 Today’s the day for setting 40-man rosters for purposes of protecting players from the Rule 5 draft.  The Pirates will face a string of decisions, choosing between prospects who might help the team in the future and marginal, AAAA players to mark time with.  Feel free to use this as a discussion thread for the team’s roster decisions, or anything else for that matter.

Meanwhile, I’m going to go ahead and list the moves I’d make.

Tahnaj Thomas, RHP.  He had a rough year at Greensboro, but he’s still not very experienced on the mound.  There’s too much upside to let him go.

Mason Martin, 1B.  I keep seeing Martin listed as a “maybe,” partly due to the strikeouts.  His batting profile isn’t exactly rare these days and I think Martin is consistently underrated.  He’s been young for his levels.  He was easily the top power hitter in all the minors in 2019, excluding the AAA leagues, which were playing with a juiced ball.  He hit about as well in 2021 if you take into account the extreme pitchers park at Altoona.

Yeah, I know, first basemen don’t usually get selected.  That’s mainly because not many prospects come up through the minors as first basemen and good power hitters who’ve reached AAA at age 22, like Martin, are seldom left unprotected.  Memes aren’t good guides for making decisions.  A year ago, the conventional wisdom was that the Rule 5 draft would be slower than usual.  Instead, it was the most active one in years.  Baseball is changing rapidly.  This year, several teams are slashing payroll and some of them, like the A’s and Reds, have mediocre to crappy farm systems.  The A’s, especially, would probably love to gamble on a cheap young power prospect.  And the Pirates aren’t your typical team.  They have MLB’s most power-starved lineup; it’s so pathetic that they’re ready to celebrate if their first baseman manages to hit 15 home runs.  And the chances that they’ll shell out for a legitimate, major league cleanup hitter are exactly zero.  Martin is their best shot for the near future.

Cal Mitchell, OF.  Not a foolproof choice, but the Pirates need to work on getting some offense, any offense at all, from outfielders not named Reynolds.  The fact that their upper-level corner outfield prospects aren’t sure things means they need more chances to find one who clicks.

Jack Suwinski, OF.  Suwinski is part of a very pronounced trend over the last 7-8 months.  The Pirates keep acquiring position players who’ve had one breakout year after not doing much previously.  The trend started with Ka’ai Tom, which didn’t go so well.  Suwinski, Tucupita Marcano, Diego Castillo, Hoy Park and Abrahan Gutierrez all fit the pattern.  Anyway, if they didn’t believe enough in Suwinski to put him on the roster, they shouldn’t have acquired him.

Omar Cruz, LHP.  This is a tough one.  I’m not sure Cruz has a lot of upside.  Starting pitching, though, is in kind of a meltdown MLB-wide.  A lot of teams could see Cruz as a guy who’ll be able to throw 2-3 solid innings at a time.  Considering that they don’t have a single pitcher who’s established himself as a major league starter, the Pirates could, too.

Some players I wouldn’t add:

Cody Bolton, RHP.  This is really tough.  What stops me is the fact that, before he went out with the knee injury, the Pirates had Bolton slated for the Altoona bullpen.  If I knew what exactly was behind that call, I might feel differently, but I don’t.

Hunter Stratton, RHP.  Another one where I’d really want to talk to the minor league staff.  Stratton appeared to be just an organizational reliever until this year, when he started striking out everybody in AA.  He was pretty good after a promotion and could conceivably be an option in the majors this year, which at least would beat the latest waiver wonder.  But I’d like to know more about what changed and whether it would work moving forward.

Lolo Sanchez, OF.  Sanchez was repeating the level in 2021, so I’m just not ready to add him yet.

Yerry De Los Santos, RHP.  If the Pirates were going to add him to the roster, they’d have done it already, so I see this as a decision already made.

Oliver Mateo, RHP.  I’m really tempted here.  Mateo made amazing strides with his control over the course of the 2021 season, but he’s still wild.  Even if he gets selected, he’ll have a tough time sticking because I’m not sure he’ll be able to get through an inning against major league hitters.  So he’d be tough even to hide in the bullpen.  But the minor league staff could certainly persuade me otherwise if they wanted to add him.

Abrahan Gutierrez, C.  Some memes make sense.  It’d be awfully tough for a catcher from Low A to stick in the majors and Gutierrez apparently still needs a lot of work on his receiving.

Santiago Florez, RHP.  After the trouble he had in Greensboro, it’s hard to see him getting selected.

Eddy Yean, RHP.  I saw a lot of him this year and wasn’t impressed.  Mid-90s fastballs — not upper-90s as I’ve read in some places — are pretty common.  So are inconsistent sliders and erratic command.

Players I’d drop from the roster:

Eric Hanhold, RHP.  Hanhold has seldom pitched well even in the minors.  But he’s 28 and, in a couple years, he has the potential to reach 30.

Cody Ponce, RHP.  Another guy where I just can’t see the attraction.  He wasn’t even good for Indianapolis.

Michael Perez, C.  Ben Cherington said he knows the Pirates have to get better in 2022.  This is the easiest upgrade on the roster.  It’d be hard to find a catcher who wasn’t an improvement on a guy with roughly average defense who was arguably the worst hitter in MLB over the last two years.  If Cherington doesn’t look to upgrade here, he’s not telling the truth about trying to get better.  If he can’t manage to upgrade, he has no business being a GM.

Jared Oliva, OF.  He didn’t do well in AAA and the Pirates have better outfield options.

Greg Allen, OF.  Another guy who fits the Pirates’ pattern of acquiring hitters who never hit much until the last year.  The difference is, Allen will be 29 when the 2022 season starts.  The guys I listed above will all be 26 or younger.  The Pirates need to find a real path forward in the outfield.

UPDATE:  Shockingly, the Pirates chose to protect just four prospects:  Liover Peguero, Travis Swaggerty, Jack Suwinski and Canaan Smith-Njigba.  Left unprotected were Cal Mitchell, Mason Martin and Tahnaj Thomas.  Probably not by accident, those three were all acquired under the previous front office, while Suwinski and Smith-Njigba were Cherington pickups.  It probably would have been too embarrassing to leave them off the roster.

The team chose to protect a raft of non-performing, non-prospects.  The only player dropped from the roster was Michael Perez.  Apparently, the theory is that it’s too soon to break up their 101-loss team.