Pirates 2021 Seasons: Colin Moran Versus Yoshi Tsutsugo at First Base 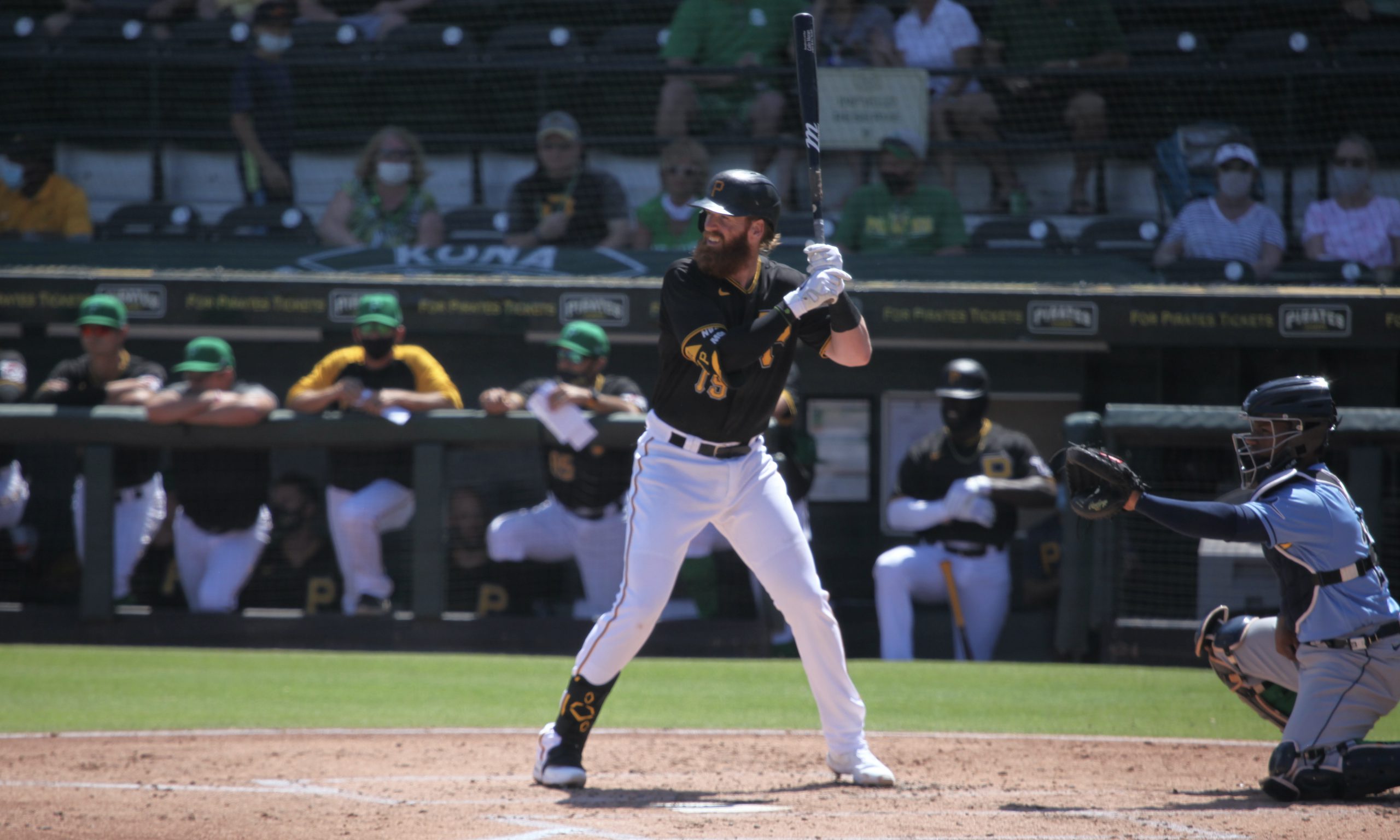 There was a rumor yesterday that the Pittsburgh Pirates had reached a deal with Yoshi Tsutsugo, who had an impressive run with the team in 2021. Alex Stumpf reported that there is no deal, but mutual interest and talks for Tsutsugo to return on a one-year deal.

The Pirates definitely haven't signed Yoshi Tsutsugo yet, but there's mutual interest, and plenty of talks already, for him to come back on a one-year deal.

Tsutsugo would make a lot of sense for the Pirates if the Designated Hitter is brought to the National League in 2022. His defense in the outfield was horrid, although it wasn’t as bad in a brief time at first base with the Rays.

The offense from Tsutsugo was what made him appealing, with a ton of power that led to an .883 OPS with the Pirates. His success in the major leagues has been limited to those 144 plate appearances in Pittsburgh, which is far from a guarantee of future success.

The Pirates had Colin Moran as their first baseman in 2021, where he’s played for most of the last two seasons. Moran’s defense hasn’t been good, and his offense hasn’t been what you want from a first baseman. In his best season with the team, which was the 2020 season, he hit for a .797 OPS in 178 plate appearances.

The floor for Moran isn’t far from that high note. He’s yet to OPS below .724 with the Pirates, which is a low that he reached in 2021.

The appeal with Moran is that there’s another level to his game. However, the presence of Tsutsugo shows how the Pirates would be more likely to get that new level from a different player.

Tsutsugo is about 11 months older than Moran, with both players nearing their age-30 seasons. Tsutsugo will turn 30 by the end of the month. Moran just turned 29 in October. At this point, what you see with either player is likely what you’re going to get.

Except, Tsutsugo has shown that might not be fully true. His best run came in his age-29 season, which is where Moran will be in 2022.

If the designated hitter is in place, then the Pirates could go with both options and hope for the best from Moran.

If there is no DH, then I’d argue that Tsutsugo is the best bet going forward, based largely on the 2021 results.

Defensively, Moran had a -6.1 UZR/150, and was -4 on both Plus/Minus and Defensive Runs Saved. The combination of the offense and defense made him a replacement level player.

Defensively, Tsutsugo has just 188.2 innings in the majors at first base, with 88.2 of those at first base. His results were better than Moran, with a combined 5.4 UZR/150, a +1 Plus/Minus and a -1 Defensive Runs Saved.

If the Pirates keep Moran for 2022, they’d hope for a revival similar to what they’ve already seen from Tsutsugo.

If the Pirates go with Tsutsugo in 2022, they’d hope for a return of what they saw in a small sample size in 2021.

If the designated hitter is in place in the National League, they can keep both players and hope for the best, though I’d probably put Tsutsugo on the field at first base.

Eventually, the Pirates will need a better long-term option. I looked at those options today over at Pirates Prospects.