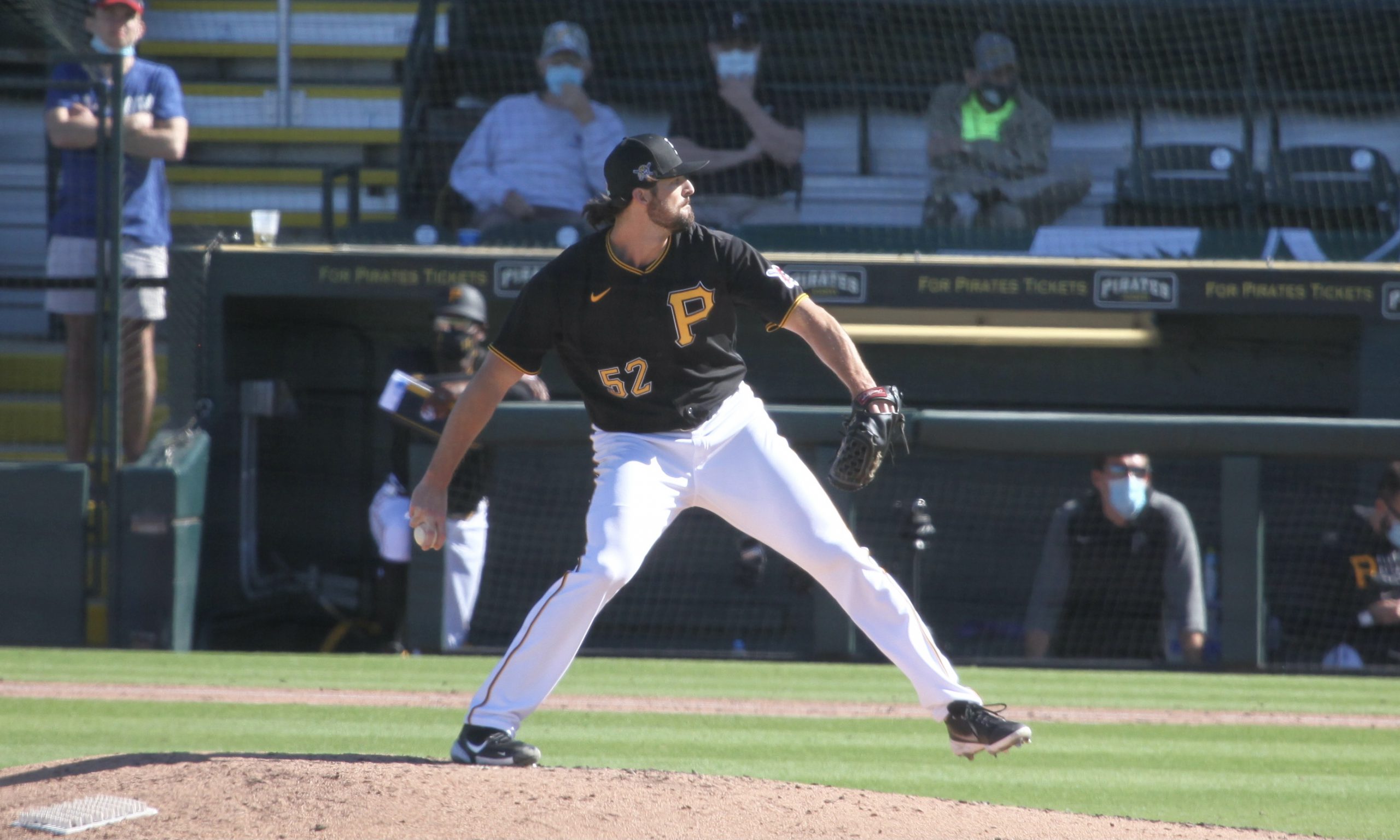 I’m going to start by mentioning a positive for the Pittsburgh Pirates’ 2021 bullpen.

The Pirates added Bednar as one of five prospects in return in the Joe Musgrove trade to San Diego. An upper level relief prospect is typically lower on the value list for such a multi-prospect trade. However, Bednar made his debut this season with a 2.23 ERA, a 2.69 FIP, and a dominant 11.42 K/9 in 60.1 innings.

The results from Bednar were promising, and follow a trend that has been emerging of Pirates’ General Manager Ben Cherington finding value from other organizations. The Pirates have Bednar for five more seasons, and from the looks of his 2021 campaign, that gives them a dominant late inning guy to work around.

Now, let’s look at the negative.

It was kind of a surprise when Holmes was traded for Hoy Park and Diego Castillo. He had a 4.93 ERA, though his 4.07 FIP suggested he was better than those numbers. That FIP was the first time his ERA or FIP was well-below the five-range.

This isn’t the first time this has happened to the Pirates, where a pitcher leaves and instantly becomes better elsewhere. The Yankees had several ex-Pirates pitching prospects on their roster, adding Holmes to Gerrit Cole, Jameson Taillon, and Joely Rodriguez. They also acquired Justin Wilson, who is older than the other players, and didn’t have the same strong results.

This isn’t about the former Pirates Prospects, though.

This is the continuation of a trend that I touched on the other day in the starting pitching article. The Pirates have been bad at developing their pitching talent into successful Major League players.

Wilbur Miller’s breakdown of the relievers this year shows a trend of who was successful.

That was a development system that was largely trying to clone pitchers to produce the same outcomes: Guys who wouldn’t pitch to strikeouts, whose coaches scoffed at launch angle in the early days, and who were told to pitch primarily off their fastball 60-70% of the time for too long after fastball hunting season began in baseball.

The bullpen this year was made up of mostly guys who were MLB-ready when they arrived in Pittsburgh. I won’t say that the Pirates did nothing to develop these guys after they arrived. Even with the few success stories, they finished as one of the worst bullpens in the league.

What if the issue with the internally developed guys is that they’ve been irreparably damaged? What if, by coming up and being told they had to all be the same type of pitcher, they all lost their ability of being the pitcher they actually are?

This might explain why any success from the Pirates pitching staff this year came from guys who weren’t developed in the system.

Meanwhile, add Clay Holmes to a growing list of players who left and immediately had an answer to their problems waiting for them with a contending organization.

When will the Pirates have those answers for their own players?

As for who the prospects are who could impact the bullpen, check out today’s article over at Pirates Prospects.