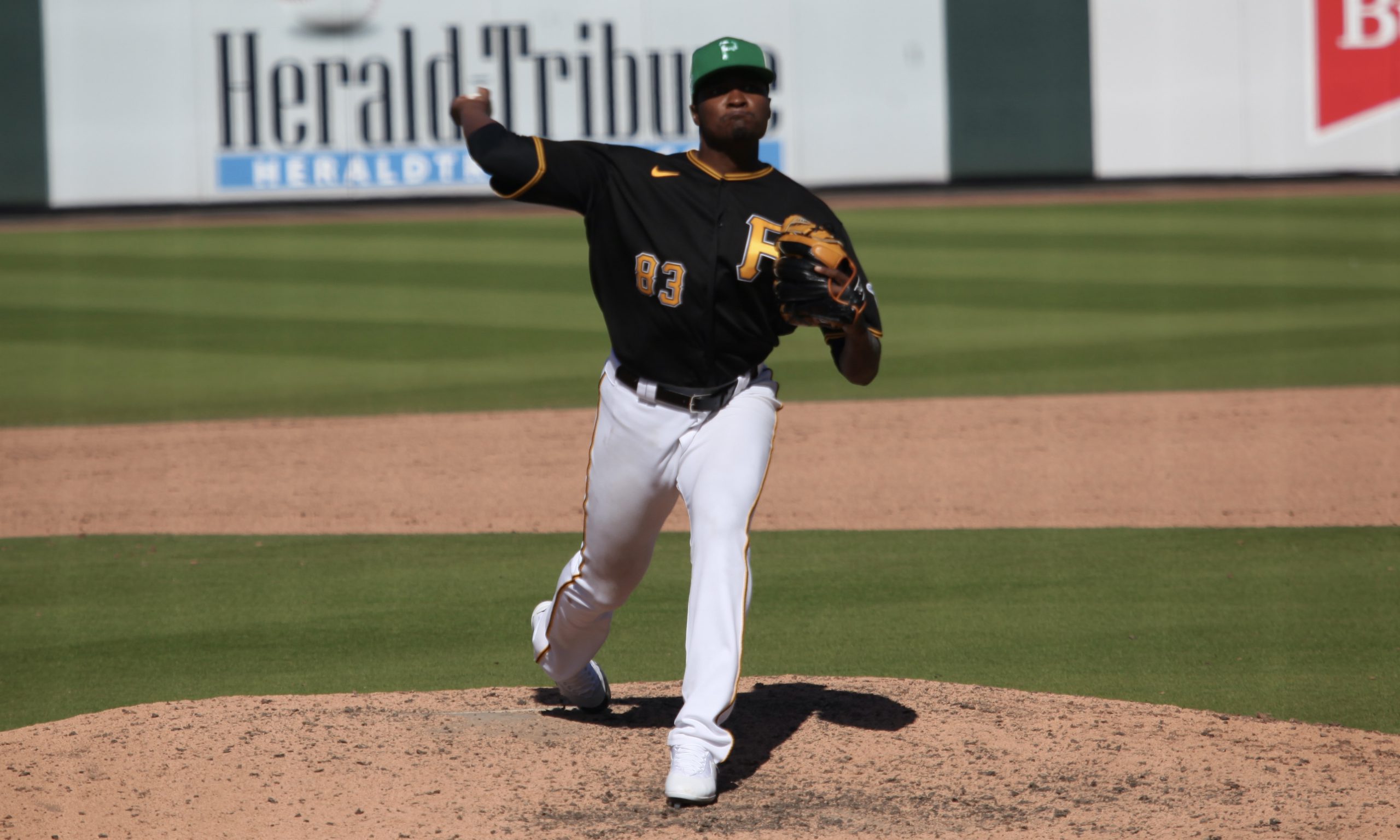 The Pittsburgh Pirates have re-signed minor league pitchers Yerry De Los Santos and Cristofer Melendez. Both would have become free agents today if they were not re-signed. Earlier today, we posted an article looking at the players who became free agents today and how that affects the Domestic Reserve List.

Melendez turned some heads this year at Altoona when he was touching triple digits often with his fastball. He didn’t have the best numbers, but the potential is there, as shown in the velocity, a .181 BAA, and 39 strikeouts in 32.2 innings. He had a 4.41 ERA and a 1.19 WHIP, but his 18 walks, seven wild pitches and four hit batters in limited work showed why he didn’t get a 40-man spot like Diego Castillo. The 24-year-old Melendez will be Rule 5 eligible, assuming they don’t add him to the 40-man roster by the November 19th deadline, and that 100 MPH heat and high strikeout rate could be tempting for a bullpen arm.

Yerry De Los Santos (pictured) doesn’t throw quite as hard as Melendez, but he has better overall stuff. The problem for the soon-to-be 24-year-old right-hander is that he can’t stay healthy. In his seven seasons before hitting free agency, he threw a total of 159.2 innings. He made it up to Triple-A to end 2021 and threw four scoreless appearances. In 23.2 innings this year, he had 25 strikeouts, a .160 BAA and an 0.85 WHIP.

De Los Santos seems like a better shot at being a Rule 5 pick, though it should be pointed out that teams average one player selected every other year and they lose an average of just one player every three years (meaning the pick sticks with the team that selected him). If they make it through the Rule 5 process, then both will likely receive invitations to MLB Spring Training.

The list of players who reached free agency today according to MiLB transactions is as follows: