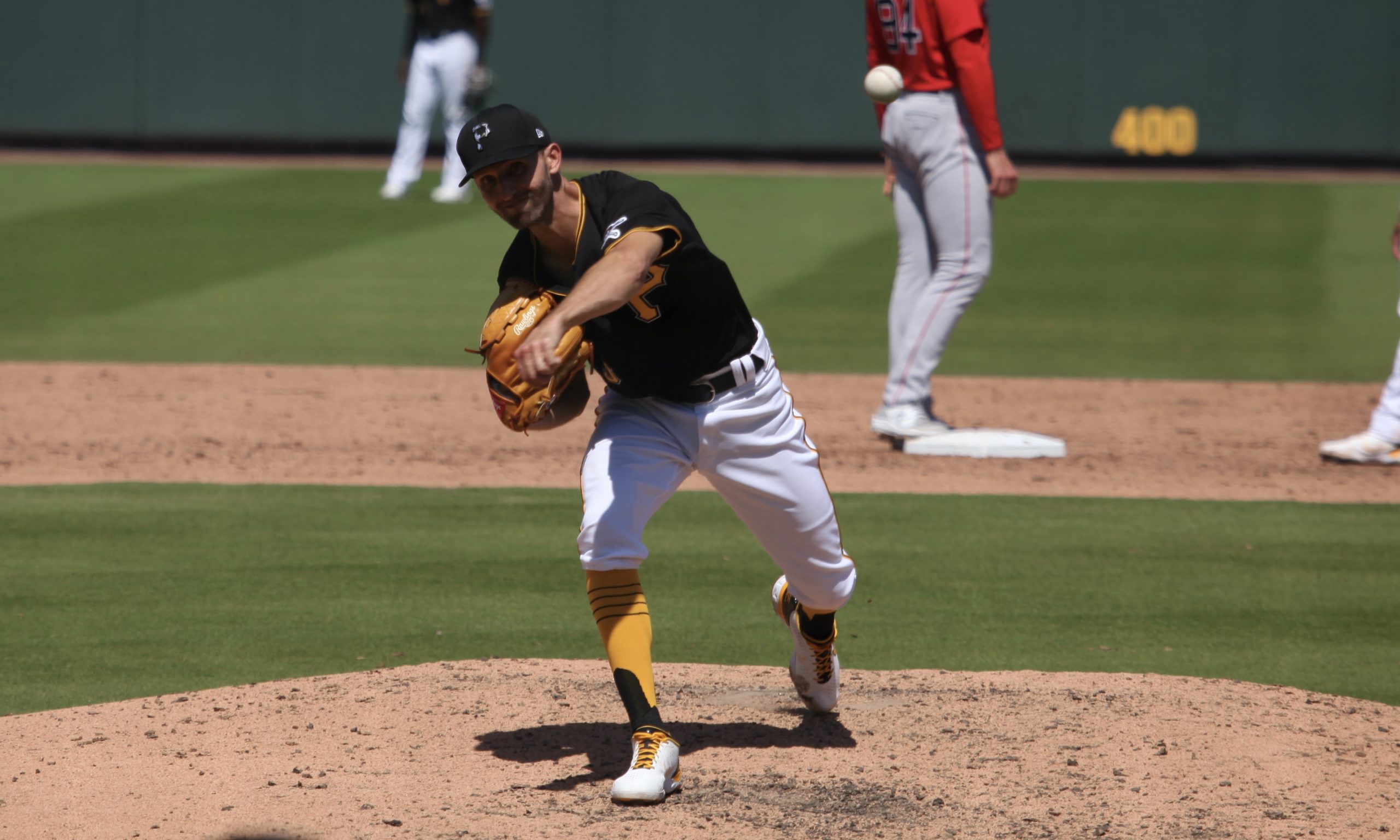 According to the team’s transactions page, the Pirates cleared a lot of 40-man roster space yesterday.  They outrighted IF Wilmer Difo and RHPs Chase De Jong, Kyle Keller, Enyel De Los Santos and Shea Spitzbarth to AAA.  In addition, LHP Chasen Shreve became a free agent.  The team needed to clear roster space for the legion of pitchers who must be reinstated from the 60-day injured list.  One of those pitchers was De Jong.  Another, Trevor Cahill, is now a free agent.

Shreve’s departure is a little puzzling, as at least one of the beat writers said he confirmed with the Pirates that Shreve was not eligible for free agency.  It’s possible, though, that the Pirates informed Shreve that he was being removed from the roster and he elected free agency.  In any event, Shreve was third on the team in games pitched in 2021, posting a 3.20 ERA and 1.26 WHIP.  The advanced metrics weren’t buying it, though, as he had weak walk and K rates, a low BABIP and a high strand rate.  His xFIP was 5.15 and he put up -0.1 fWAR.

Difo had a good season for the Pirates, enough so that they finally stuck with him over the chronically unproductive Erik Gonzalez.  In 116 games, Difo batted 269/329/384, good for a career high OPS+ of 94.  He tied for the major league lead in pinch hits and hit three pinch-hit home runs.  The Pirates, though, obtained a horde of potential utility infielders at the trade deadline, leaving Difo without a likely role.

De Jong had a strong spring as an NRI and got called up at the end of May to join an injury-plagued rotation.  He struggled through nine starts, posting a 5.77 ERA due in part to serious gopher ball problems.  In mid-July, he got hit on the knee by a line drive and missed the rest of the season.

Keller came to the Pirates, like most of their pitching acquisitions, after being dfa’d elsewhere, in his case the Angels.  He spent about two-thirds of his time in the majors, pitching in 32 games.  He’s always put up big K rates in AAA, but the majors haven’t been kind.  With the Pirates, he was plagued by walks and homers, leading to a 6.48 ERA.

De Los Santos and Spitzbarth both appeared briefly with the Pirates late in the year.  De Los Santos was, of course, a waiver pickup after pitching badly for the Phillies.  He also pitched badly for the Pirates, with a 4.91 ERA and 1.77 WHIP.  Spitzbarth came from the Dodgers in the minor league phase of the Rule 5 draft.  The Pirates called him up from Indianapolis in early August, and he was up and down a number of times after that.  He got into five innings with the Bucs and had a 3.60 ERA.

UPDATE:  Jason Mackey is reporting that the Pirates also outrighted Connor Overton, which brings the roster to 40.  Overton arrived in September on, of all things, a waiver claim.  He started five games for the Pirates, with an ERA of 8.31.