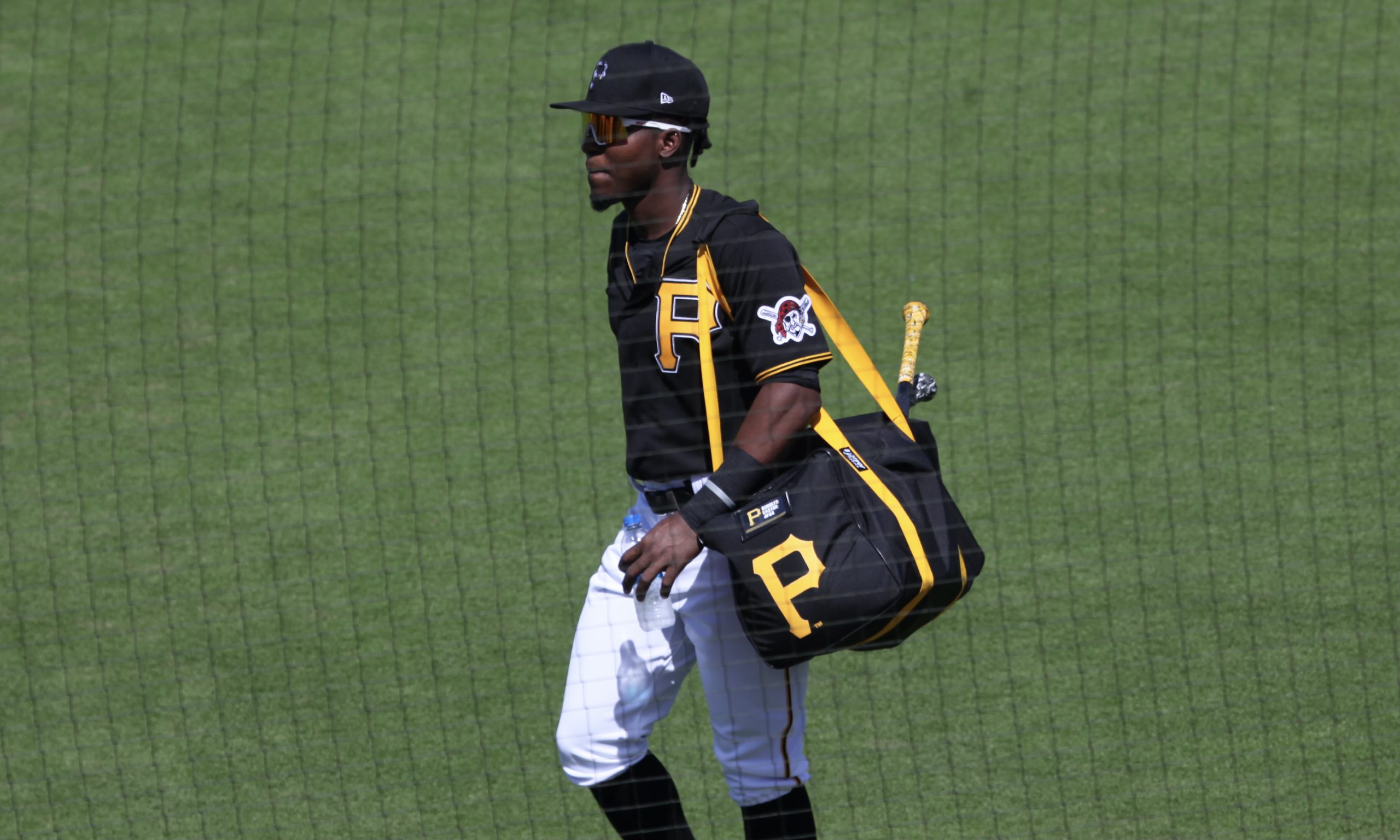 And now, the hitters.  The Pirates effectively have 48 players on the 40-man roster right now, counting the 60-day injured list.  Of those, 29 are pitchers and only 19 position players.  A couple players not on the 40-man roster could impact the major league team early in 2022.

There are a bunch of players I’m not listing.  One is Yoshi Tsutsugo, who’ll be a free agent shortly.  The Pirates reportedly have had talks with him about returning.  No specifics have emerged, beyond maybe mention of a $1.99 discount on the first five lift tickets.  There are also a number of players who could make an appearance during the season, but are unlikely to be early options:  Cal Mitchell, Canaan Smith-Njigba, Mason Martin, Ji-Hwan Bae and Jack Suwinski stand out.  All but Bae — who’s making a lot of noise in the Arizona Fall League — are eligible for the Rule 5 draft.  And several players, like Bligh Madris and Hunter Owen, could be reasonable major league options in a pinch.  But I’m going to stick to the snapshot format and just look at guys who could be in the picture very early in 2022.

Once again, the number in parentheses is remaining options.  A * means the player can only be optioned if he agrees to it.

Jacob Stallings (0):  Pretty good for a guy who was outrighted three times.  Hopefully he reached the minimum dingerz total for the Gold Glove, because he sure deserves it.

Michael Perez (2):  Despite being pretty decent defensively, Perez was literally close to the worst player in baseball in 2021.  Of 362 players who got at least 200 plate appearances, he ranked 357th in fWAR.  If you take playing time into account, he was just as bad in 2020.  There’s really no excuse for this.

Taylor Davis (2):  I have to think he’ll be removed from the roster shortly.

Rodolfo Castro (2):  Castro probably needs to head to AAA for a few months, but he could be an option in the event of injury.

Michael Chavis (1):  Chavis’ K:BB numbers are alarming, but he should have a good shot at winning some sort of 2B/1B platoon/OF role.  It was really unhelpful when he got hurt late in the year.

Oneil Cruz (1):  The “obvious” move is for Cruz to spend two or three months in AAA.  His talent is so exceptional, though, that I don’t think that’s a slam dunk decision.  If he has a big spring, maybe they should go with it.  Where he’d play . . . I dunno.  Not sure I care, either, for the time being.  Hitting bombs from one knee plays anywhere.

Ke’Bryan Hayes (2):  Hayes won’t need surgery on his hand, which is good.  Hand and wrist surgeries are never good.  There’s a lot riding on him getting back to where he was before the injury.

Tucupita Marcano (2):  Yeah, he makes contact consistently, but Marcano sure looked like a run-of-the-mill, slap-hitting utility guy after the trade.  In any event, he should be part of the 2B/UT sweepstakes.

Colin Moran (1):  Moran is in no way, shape or form a major league first baseman and cleanup hitter.  Whether the new regime is going to continue the old one’s practice of settling for players like this remains to be seen.  Two big wild cards are Tsutsugo and an NL DH.

Kevin Newman (3):  The Pirates need to just decide between Newman and Cole Tucker, but it’s hard to see them dfa’ing either.  Assuming they don’t, the best case scenario is the two compete for whatever shortstop job there is before Cruz and/or Liover Peguero arrives.  The worst case scenario is Newman and/or Tucker spending lot of time at second or, even worse, the outfield.

Hoy Park (3):  Ominously, the Pirates played Park as much in the outfield as the infield.  He, Chavis, Marcano and Diego Castillo should stage a battle royale for 2B and a utility role.

Anthony Alford (0):  This was one of the stranger seasons I can remember.  Alford started off with about a 65% K rate, then finished as the Pirates’ third best hitter over the last two months.  Still with a frightening K rate.  Obviously, he should be in the OF mix, but just about anything could come of it.

Wilmer Difo (0):  Last March, if you’d asked me to guess which Pirate would hit three PH home runs in 2021, Difo wouldn’t have been in my top 40.  He did a nice job, but the Pirates shouldn’t get carried away.

Phillip Evans (1):  I can’t imagine he’ll be on the roster much longer.

Ben Gamel (*):  Gamel had one big month, but otherwise didn’t hit much.  He’s a capable fourth outfielder, but hopefully the Pirates won’t mistake him for a starter.

Jared Oliva (2):  Another guy whose time on the roster is probably getting short.  He’s 26 in a month and hasn’t mastered AAA yet.

Bryan Reynolds (3):  Has anybody got a cool nickname for this guy?  Anyway, when the Pirates got him the reports said he wasn’t likely to hit for power, had only decent speed and needed to stay in an OF corner.  Wrong, wrong and wrong.

Diego Castillo (3):  If the Pirates don’t add him to the 40-man roster, Castillo becomes a free agent.  That’d be a bad thing.  He’s shown a very good approach at the plate and hit for good power before the trade and after, and both with Altoona, where the ballpark sucks for right-handed power, and Indianapolis.  In fact, he had a .914 OPS in AAA.

Travis Swaggerty (3):  If Swaggerty is healthy — a big “if” after shoulder surgery — he should get a shot at opening in the majors.  The Pirates have so many prospects coming along that I don’t see how they have the luxury of insisting that all of them spend half a year or a year in AAA.