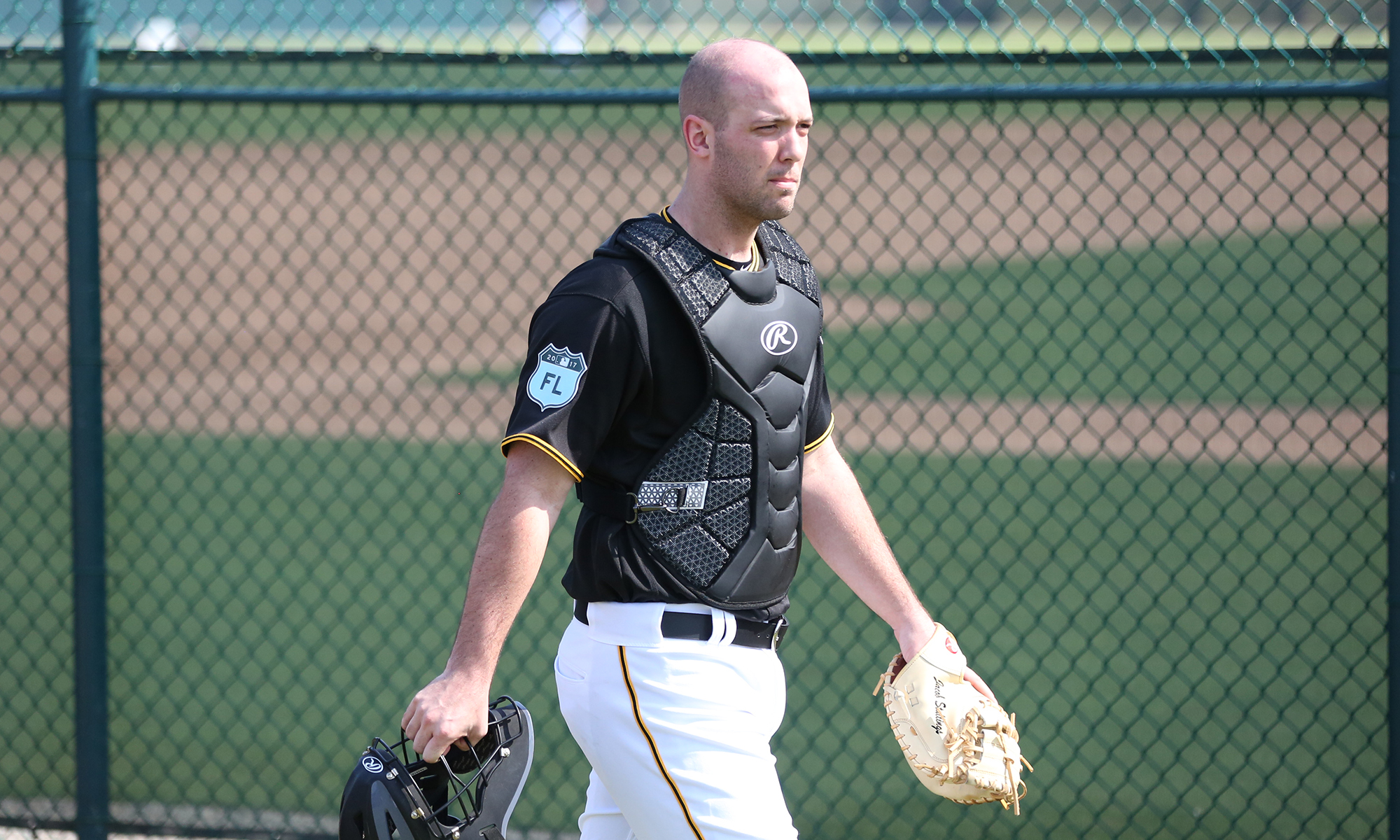 I knew the first time I met Jacob Stallings that he would eventually be in the majors.

I didn’t know the role.

If you suggested he could be anywhere close to a 2.6 WAR starter, ranking him among the top ten catchers in the majors, you’d get mocked endlessly for being too optimistic.

And yet, here we are.

How did this happen? How did a seventh-round college senior — drafted primarily for the bonus money he would save for 2012 first round pick Mark Appel — end up being better than Appel himself?

Stallings was paid $10,000, saving the Pirates $138,000. The money eventually went to other prospects when Appel didn’t sign, including infield prospect Max Moroff.

The tall catcher was sent to State College in 2012, which was the short-season A-ball affiliate at the time. That’s where I met Stallings, and was impressed by one thing in particular: His ability to consume a lot of information very quickly, while building relationships with players from multiple backgrounds.

Stallings was the catcher for a pitching staff that included high school and college US players, plus players from many different international fronts in Latin America and around the world. Within a week, he learned every pitch and every tendency of those players, and could tell you exactly what they were doing right or wrong on any given night — while always giving very positive, but honest reviews of his pitchers.

What Stallings displayed was brilliance.

It’s the ability to learn, at-will, and then apply that knowledge you’ve gained to life in such a way that you can be productive in your field.

In a game where every pitcher is now throwing 97 MPH with ridiculous spin, and every hitter is taught through body scanners the ideal way to position themselves to maximize power, what is it that separates the best from the worst?

Stallings is the type of player who learns quickly, applies what he learns on the field, and is always working hard to make sure he doesn’t lose an edge. That type of approach breeds consistency.

Over the last three seasons, Stallings has been the picture of consistency.

His OPS has been consistently in the .700 range, averaging out to .705 over 780 plate appearances.

His defensive value ranks fourth among 148 catchers during this time span.

He’s no J.T. Realmuto, providing the ridiculous power to go with top defense behind the plate. But, you don’t have to be the absolute best to be one of the best.

Stallings has been one of the best.

With his approach, who is to say that this can’t continue well into his 30s?

Stallings is wrapping up a season where he was the tenth best catcher, with a 2.6 fWAR. This came at the age of 31. For most players, a projected decline comes after 30, especially with catchers.

However, Stallings has a tall, lean build and an ability to get on base, with some power from his large frame. He’s athletic enough to stay healthy and consistent into his mid-30s, and his skill set — strong defense, modest power, and plate patience — isn’t something that rapidly fades with age.

The mind is the key.

It’s going to allow Stallings to be the best version of himself, rather than striving to be J.T. Realmuto. It will allow him to hold off on the bad pitches at the plate, continue to assist his pitchers behind the plate, and make sure his body is healthy enough to consistently stay in the game.

Stallings could see a post-30 career arc similar to Jason Kendall, post-Pirates. That would be five or six more years, with two or three starting seasons and a few as a solid defensive backup catcher. The latter would draw comps to Chris Stewart.

And that would all be perfect for the present-day Pirates, who now have a top catching prospect starting to make his climb, who you can read about today over at Pirates Prospects.