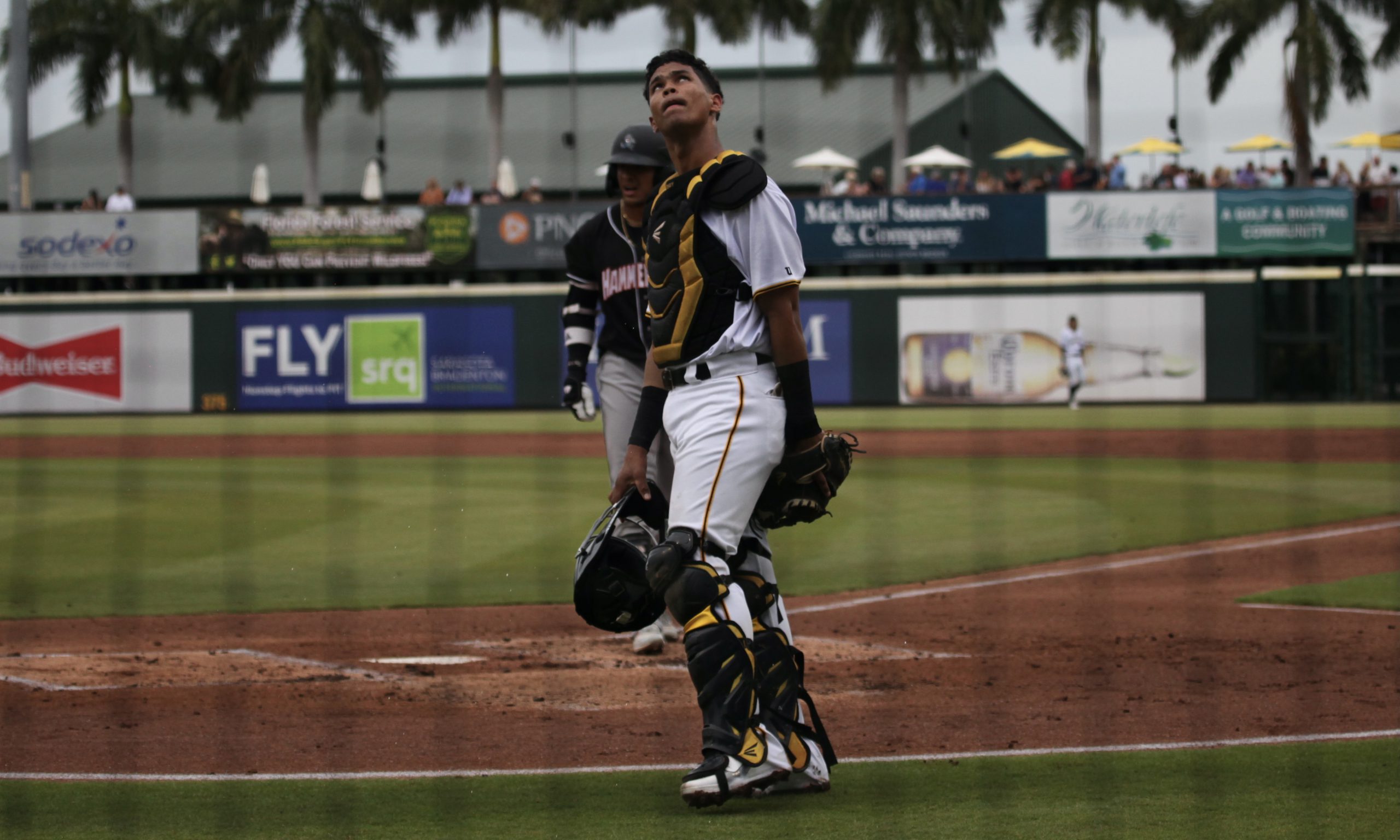 Yeah, it’s very early, especially since most of the guys the Pirates acquired are prospects, many of them low-level prospects.  But, what the heck, the regular season’s over and I dislike almost all the teams left in the playoffs (cheaters in the World Series will certainly be a good look for MLB).  So just take all these as preliminary grades that’ll probably change dramatically over time.

This trade signaled that Cherington was willing to go for lower-level prospects in order to get more upside, which maybe was the most important facet of it.  The trade doesn’t look quite as good now as it did a year ago.  Peguero is one of the team’s top prospects, but his season at Greensboro was more solid than outstanding.  Malone had a lost year for reasons that have never totally been clear.  Marte, meanwhile, looks as good as ever.

These grades should be read in context; this is a “B+” minor trade, not a trade comparable to the Marte deal.  It’s a case of getting something for nothing.  Cesar wasn’t really a prospect and missed most of 2021 with an elbow strain.  Davis didn’t get much of a chance because he missed most of the first half of 2021 with the same injury.  But he’s a major league-ready lefty with decent stuff, which was enough to bring back something later.

Yeah, yeah, bad defense, weak WAR totals.  Bell isn’t a star, but he’s probably a 1.5 to 2.5 fWAR player, maybe more if the DH comes to his rescue.  Crowe showed why the Nationals reportedly had no hesitation about including him in the trade, as he seems unable to pitch in the strike zone without being taken deep.  Yean pitched poorly for Bradenton.  He gets some allowance for being only 20, but a lot of players got rushed to Low A this year.  The main thing the Pirates got out of this trade was salary relief, so Bob Nutting can give Cherington a good grade if he wants.

This trade is looking very good now, in large part due to the Mets’ contribution.  Rodriguez looks terrific, Bednar is the Pirates’ best reliever and Cruz will probably join the Pirates’ multitude of fifth starter candidates.  Fellows had a lost season.  Head was supposed to be the big guy in the return and still could be, but his approach at the plate needs work.

RHP Jameson Taillon to the New York Yankees for RHPs Roansy Contreras and Miguel Yajure, IF Maikol Escotto and OF Canaan Smith-Njigba

Contreras alone may make this a good trade.  He showed up this year with stuff that took a leap toward elite status.  Yajure looked very good initially, but his velocity was down when he returned from injury.  He’s skipping the Arizona Fall League to get over some back soreness, so maybe that played a role.  Smith-Njigba was solid this year but needs to take a step forward.  Escotto just didn’t impress me much, and I saw a lot of him this year.  But all of that is a big return for a pitcher coming off his second Tommy John surgery who hadn’t even returned to action yet.

1B Shendrik Apostel to the Chicago Cubs for RHP Duane Underwood, Jr.

Another something-for-nothing trade; Apostel hit badly in rookie ball this year.  Underwood wasn’t very good for the Pirates, though, so it’s hard to say they really did get something.

OF Jose Berroa to Baltimore for C Taylor Davis

This is more of a nothing-for-something trade.  Gustave pitched passably in 14 games for the Brewers.  Stokes struggled in AAA.  Escudero, who’s 17, batted .151 in the DSL.

Both players will be free agents shortly.

2B Adam Frazier and cash to San Diego for IF Tucupita Marcano, OF Jack Suwinski and RHP Michell Miliano

Marcano was supposed to be the main return and . . . I just don’t get it.  He looks to me like a standard, slap-hitting utility infielder.  Suwinski stopped hitting for power at Altoona.  Miliano is a lower-level lottery ticket who walked 11.7 per nine innings after the Pirates got him.  He was eligible for the Rule 5 draft last year.

The disturbing aspect of this trade is that, like a bunch of pitchers before him, Holmes got far better the moment he got away from the Pirates.  We were supposed to be past that now.  Park had a sudden breakout with the Yankees this year, showing power in AAA that he hadn’t had before.  He didn’t hit much with the Pirates after the trade, but did show a little power.  Castillo looked very solid at the plate, with some power and very good plate discipline.  He’s eligible for minor league free agency, so if the Pirates don’t add him to the roster, he’s gone for sure.

I thought Anderson should have had pretty good trade value.  Bins looked good at the time, but he was struggling in AA when the Pirates got him and he kept struggling, although a wrist injury ended his season early.  Tejada is another lottery ticket.  He pitched decently for the Pirates in the DSL.  He had control problems, but he only turned 18 in July.

It might have helped if the Pirates had traded Rodriguez sooner, but in any event they traded him just in time.  His K/9 dropped to 3.1 (!!) after the trade and the Braves left him off their playoff roster.  Wilson may be the best of the Pirates’ eleventy billion 5th starter possibilities.  DeVito arrived injured and still is.

I’ve had the impression for a while that the Pirates weren’t that high on Ogle.  If so, they may have been right, as he fell off a cliff after the trade.  Gutierrez looked good with Bradenton; he seems to have a very advanced approach at the plate.  The Phillies have a very bad rep for development which may (1) explain what happened to Ogle and (2) bode well for Gutierrez.  On the other hand, he adds to the Pirates’ Rule 5 crunch.

LHP Austin Davis to Boston for IF Michael Chavis

Davis was okay-ish with Boston after the trade.  Chavis looked cautiously promising, especially while he was at Indianapolis.  At least he has some power, which is always good if, like the Pirates, you have less power than Texas in a snow storm.  The plate discipline is pretty alarming, though.  It’s unfortunate he got into only a dozen game with the Pirates.