First Pitch: Is Roansy Contreras Ready to Join the Pirates’ Rotation For Good?

I prefer to see players live.

That’s not absolutely necessary for every player in the age of MiLB.tv, although it still provides it’s advantages.

For one, you can watch a player in better quality than 240p.

You also can get different views of how a player moves by moving around the stadium and watching him from different angles.

I had a chance to watch right-handed Roansy Contreras pitch in Altoona earlier this month. That night he threw three innings with one unearned run allowed, along with four strikeouts and no walks. 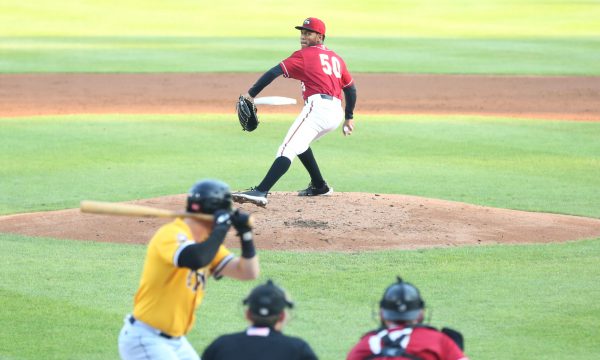 Contreras was in his second start back from the IL after missing two months with a forearm strain. It wasn’t the best look at him, but it was enough to feel stronger about the start to his season being legit. Contreras put up a 2.35 ERA in 46 innings through the end of June, with a ridiculous 65:11 K/BB ratio, prior to the injury.

The pitches from Contreras move. A lot. In a game dominated by high velocity and ridiculous spin, Contreras has the necessary tools to dominate.

The Pirates promoted Contreras to Triple-A after that outing I saw. He gave up one run in 3.2 innings in his first start, with a walk and six strikeouts. He had enough time for one more start in Triple-A before the end of the year.

The Pirates decided it would be better if he made that start in the majors.

Contreras will get the call to the big leagues Wednesday, making his MLB debut. 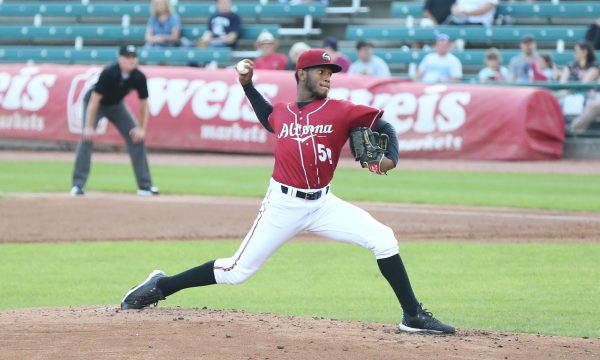 Under Neal Huntington, the Pirates wouldn’t have promoted Contreras until around the middle of next season.

Ben Cherington has been operating in a different way.

We’ve seen RHP Max Kranick and 2B Rodolfo Castro called up from Double-A, or with very little time in Triple-A in Kranick’s case, similar to Contreras.

The difference with those moves is that Contreras has a higher upside than Kranick or Castro. I can envision a 50 ceiling from the latter two, with a likely upside of 40. That means they are likely to be solid bench/bullpen guys, with a chance to be average starters at their respective positions.

Contreras has the stuff to be an average starter, with a chance to be a top of the rotation guy.

So, why start his clock now, at the end of a losing season?

First, with the Collective Bargaining Agreement expiring this winter, we won’t even know what the service time rules will be for prospects.

Contreras would get less than a week of MLB service time if he remained in the majors the entire time. The reality is that he’ll likely get 1-2 days from this callup. He will also likely start the 2022 season back in the minors.

But, what happens if he does well? Does he factor into the rotation on Opening Day next year?

We could all speculate one way or the other. I personally don’t see him pitching more than five innings, and just like my limited view in Altoona, it’s hard to take a lot from that.

Regardless of the stat line, we’re all going to end up extrapolating the success and minimizing the failure, all to maintain hope.

Hope for the future of Contreras. Hope that he can lead the Pirates to that bigger hope.

That’s all that matters, today, tomorrow, or the next day.

The Pirates need Contreras to live up to or exceed his projected upside, and they could use that as soon as possible.

Nothing Contreras does in this start will impact his future. Although, seeing a prospect pitch in the majors on a trial run, then returning to the minors to be a prospect, does provide a fascinating look.

Let’s explore this strategy of bringing Contreras up for one start, and allow me to offer up another potential way of looking at this.

For so long, players would make stops in rookie ball, Low-A, High-A, Double-A, then Triple-A. They’d put in the required time at each level. Then, they’d graduate to the majors, attempting to join and stick in the workforce.

This linear system is designed to train players, and give them everything they need to know before they step foot in the job.

Anyone who has worked any job knows that linear system doesn’t work. No one ever enters a job knowing how to do the job, whether you’re an MLB pitcher or an accountant. They can possess the tools and abilities, and they can know what to expect.

How could anyone know how the job will actually go before they’ve stepped foot into it?

We all will be viewing Contreras from a trial perspective, rather than with the bated breath hope that he is the answer right this second and has forever more arrived. That’s the high pressure approach prospects receive on a linear path.

Maybe Contreras is that person who can arrive now and stick forever, but that will be told over time.

The only thing we know is that Contreras is going to get a look on the other side of the curtain. After this start, he’s going to know what it looks like to pitch in the majors. Experience, good or bad, is the only way to learn the actual job.

Maybe Contreras confidently strolls into the majors and mows down hitters, finding that his stuff works here just as good as it did in Double-A and then Triple-A.

Maybe he never stops realizing that this game is ultimately a series of one-on-one battles between a batter and a pitcher, with the pitcher holding an extreme advantage of the element of surprise, and Contreras himself holding a bigger advantage in that department with his exceptional, high movement stuff.

None of us knows what will happen.

However, if baseball does operate like traditional American education, in a linear start-to-finish fashion, and if you put every player through that same system, then what kind of disservice would you do to the finish-to-start learners?

The people who, once they are shown the finish line, start to work backwards until they reach the starting point — or wherever they are currently at in the race.

It would benefit those players and those learners to receive such a trial run in the majors. Call it an MLB internship.

I don’t know if Contreras is that type of learner. I don’t think we can know that information, and I’m not even sure the team could unless they just threw guys out there in this exact way to find out.

What if every prospect on the 40-man roster, regardless of where they were in the organization, got the call to the majors at least once a season for the purposes of learning on the job in a no pressure way?

They’re already burning an option year. Might as well get the experience while having fun for one start, rather than being stuck in Altoona all year, or lower in the system.

It’s a trial to gain experience, so it shouldn’t matter where the prospect is in the traditional linear development stage.

However, if you’ve got a 40-man guy in Low-A who comes up and surprises in the majors, are you keeping him in Low-A? Or, do you rapidly advance him to Double-A to face guys similar to his talent level?

This is basically what the Pirates did with Contreras this season, giving him a look in Spring Training out of his last level of Low-A, then starting him in Double-A after success against that MLB Spring Training competition.

Contreras is 21 years old. I can’t remember the Pirates having a 21-year-old pitcher in the majors for good. I also can’t envision a way for that to happen with their linear promotion paths that we’ve seen prior to this season.

How much unnecessary “development in the image of development” could you save with a prospect like Contreras, who looks ready for the majors now from a stuff perspective, but still lacks the answer to that mysterious question: “Can he do this in the majors?”

We’re about to get our first chances to find out if the answer is “Yes, and right now!” 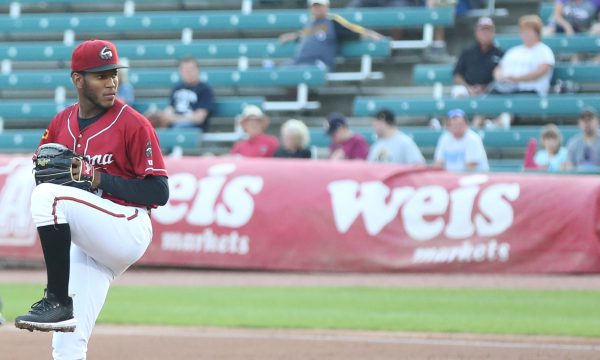 **Breaking: Pirates to Promote Roansy Contreras to Start on Wednesday

**Roansy is Coming; Four Roster Moves Ahead of Today’s Game