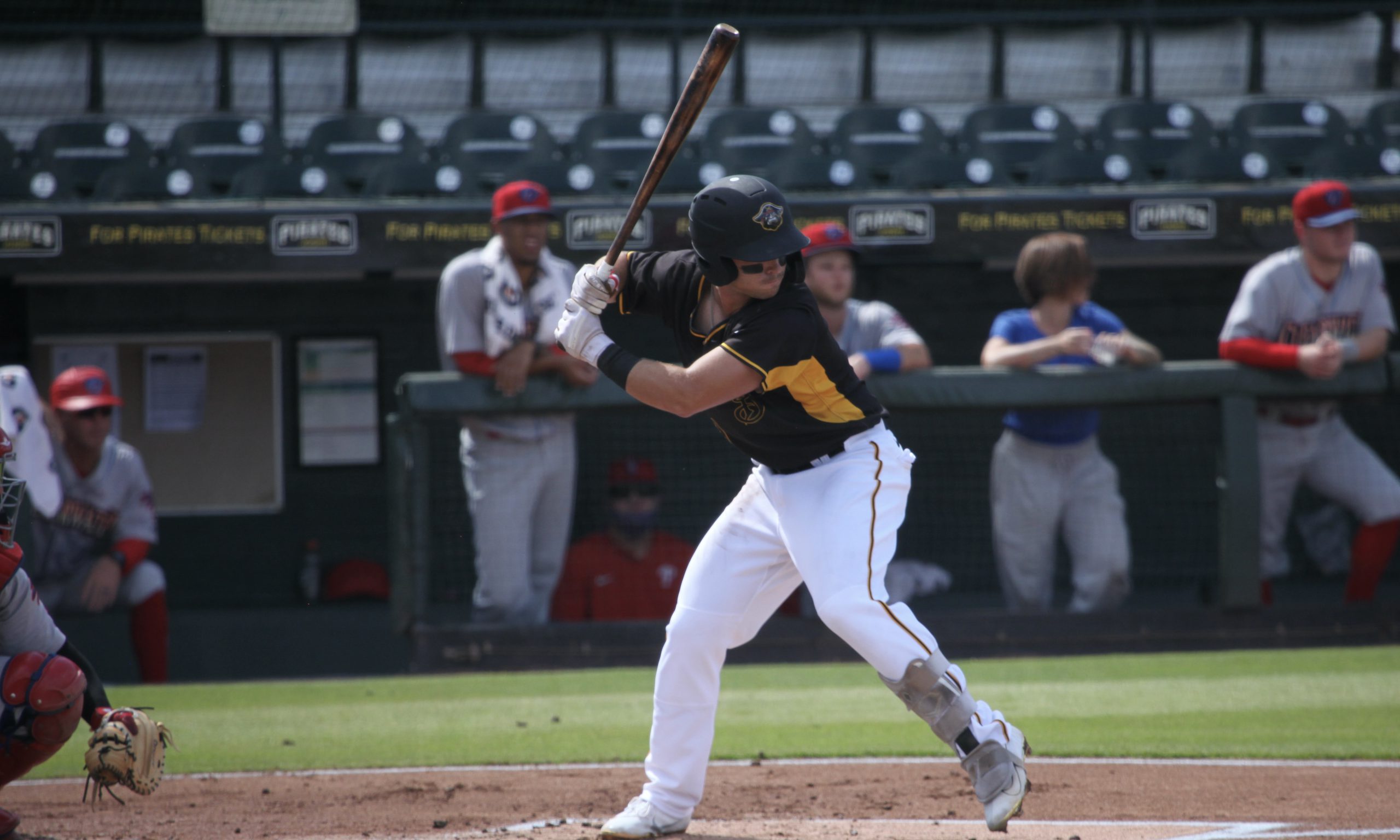 Yesterday we took a look at the stats of the players acquired by the Pittsburgh Pirates at the trade deadline this year. Today we look at the stats of the players who were drafted this July. Everybody here has a small sample size and not everyone played in games after signing, but we can still look at the early results. The Pirates signed 19 of their 21 draft picks. Here they are in order of how they were drafted, starting with the first overall pick in the entire draft:

Henry Davis – Davis started in the FCL, but quickly left for Greensboro. Almost as quick was an oblique injury that has him sidelined still. He played eight games and had a 1.195 OPS, with two doubles, a triple and three homers.

Anthony Solometo – The prep lefty didn’t get into any games, but we did break down video of him here.

Bubba Chandler – He’s more of a pitching prospect than a hitting prospect, but all he did was play offense after signing, getting his pitching reps outside of regular game action. The prep RHP/SS hit .167/.324/.300 in 11 games, with a double, homer, five walks and 16 strikeouts in 37 PAs.

Owen Kellington – Prep righty who didn’t see game action, but he did side work.

Jackson Glenn – He played more than anyone else and is still playing in the playoffs with Bradenton. Including two games in the FCL, Glenn (pictured above) hit .340/.454/.491 in 30 regular season games, with 14 doubles and 23 walks.

Mike Jarvis – He’s still playing too, just with Greensboro instead. He hit .333/.433/.596 in 18 games, with 13 of those games coming in the FCL and the other five with Greensboro (not including playoffs).

Sean Sullivan – The college RHP didn’t play in any games after signing.

Justin Meis – Tenth round pick out of Bethel Park, Pa., he is in the playoffs with Bradenton, where he pitched ten times during the regular season, posting a 2.04 ERA, 1.30 WHIP and a 27:9 SO/BB ratio in 17.2 innings.

Jack Carey – He pitched in the FCL, then appeared late with Greensboro, but was dropped for the playoffs. College pitcher from Duke who made just four appearances, allowing three runs in 5.1 innings.

Owen Sharts – Injured, did not play.

Tyler Samaniego – College RHP, currently in the playoffs with Bradenton. He appeared in five games during the season, allowing one earned run in seven innings, while striking out 15 batters.

Carlos Lomeli – 17th round pick, RHP, did not play in any games.

AJ Graham – Prep shortstop who joined the action late. He went 1-for-10 with a walk/HBP in four games. He committed five errors in 16 chances.