Game Recap: Pirates Squeak Through With the Win

The Pirates got a good start from Wil Crowe and a strong effort from their bullpen in a 2-1 win over Miami.

Crowe avoided the bad inning this time, giving up one run over five innings.  That came in the second on a walk and two singles.  He retired the side in order in the first, third and fourth.  In the fifth, Payton Henry, in his first major league game, led off with a double for his first hit.  Crowe got a pop up and two ground outs to leave him at second.

The Pirates got their two runs the old-fashioned way:  They earned them. 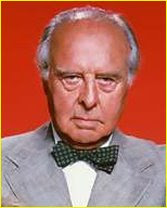 Well, OK, not really, they got them the Pirate way:  They relied on Marlins’ bumbling.  One came in the first.  After a pair of two-out walks, second baseman Jazz Chisholm booted Jacob Stallings’ grounder and Bryan Reynolds came in to score.  That left Stallings on first and Colin Moran on second.  Cole Tucker singled to shallow center and Joey Cora sent Moran for the plate.  The ploy might have worked, because after taking the throw, the catcher’s attention appeared to be wandering while he waited for Moran to arrive.  But he managed to stay focused during the long wait and tagged Moran out.

The Pirates had plenty of other chances.  They went 1-for-9 with runners in scoring position and the one hit, of course, got them only an out.  In the top of the sixth, though, the Marlins came through again.  Moran and Stallings walked to start the inning; the Miami starter, Elieser Hernandez walked five.  A passed ball moved the runners up and Tucker hit a sacrifice fly to drive in Moran.  The Pirates eventually got runners to the corners with two out and Crowe due up, but Wilmer Difo pinch hit and flied out.  Crowe was out after 74 pitches.

The bullpen had another good game.  Anthony Banda got four outs while allowing just a two-out single in the sixth.  Nick Mears got the last two outs in the seventh without a problem.  Chad Kuhl had a 1-2-3 eighth.

The ninth was an adventure.  Chris Stratton gave up a leadoff triple to Bryan De La Cruz.  Stratton came back, though, to strike out Jesus Sanchez and Lewis Brinson.  Stratton walked the left-handed hitting Lewin Diaz to get to Henry, and got a third strikeout to end the game.

The save was Stratton’s sixth.  The Pirates had only six hits, two by Anthony Alford.  Believe it or not, he now has a .685 OPS, which is four points higher than Ke’Bryan Hayes.