Back in the early season, when the Pirates looked like they might not be a terrible team after all, there was a pattern to many of their wins:  The offense wouldn’t do much, the starter wouldn’t last very long, but the bullpen would somehow battle through.  We can’t fool ourselves any more into thinking this team has a good bullpen, but the relievers did a great job today.  Five different ones through a scoreless inning each, not a 1-2-3 frame among them, as the Pirates eked out a 3-2 win over Detroit.

Pitching for the first time in 11 days, Dillon Peters had a decent outing.  He had an easy time in the first, second and fourth, but ran into trouble in the third against the bottom of the Tigers’ order.  Peters walked Willi Castro, gave up a triple to Derek Hill, then walked his mound opponent, Wily Peralta.  Robbie Grossman singled in Hill and the Tigers eventually loaded the bases with one out.  Peters got out of it, though, by fanning Jeimer Candelario and getting Eric Haase on a grounder.

The two runs put the Tigers up, 2-1.  The Pirates had once again gotten a run in the first.  Ke’Bryan Hayes led off with a single and came around on a walk, a fly ball and a sacrifice fly by Colin Moran.

Of course, the Pirates had chances for more.  In the second, Michael Perez led off with a double and Hoy Park reached on an error by Haase, the catcher.  Peters bunted the runners up, but Hayes and Yoshi Tsutsugo couldn’t get anybody in.

In the third, Moran doubled and Kevin Newman hit a bloop that fell behind second.  Because there were two out, Moran was running on contact.  Jonathan Schoop had to chase after the ball and then stumbled before throwing home, probably because he was surprised he had a play.  The throw was off the plate on the first base side, but there was still time for the catcher to lunge over and tag Moran, whose beard was at least an inch longer than when he started from second.

The Pirates left the bases loaded in the fourth and then suffered the ignominy of stranding two in the fifth against Miguel Del Pozo.  In the sixth, the Bucs again loaded the bases with two outs, but against all hope and reason, Ben Gamel singled to drive in two and put the Pirates ahead. 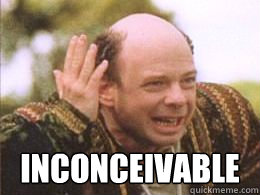 Along with having three hits, Gamel made a great catch in the top of the sixth, so he seems to be in a hurry to make up for the little problem the other day.

Peters, who’d thrown 74 pitches, came out for a pinch hitter after the fourth, probably due to the layoff.  The Pirates then ran through half of their ten-man bullpen.  First came Shelby Miller and Sam Howard.  They each managed a scoreless inning despite allowing a hit and a walk.  Howard started his inning with the first two batters reaching, but he got a 4-6-3 double play, and then came Gamel’s catch.  Chad Kuhl came on for the seventh and, ominously, walked the first batter he faced.  But Kuhl fanned Grossman and got another 4-6-3 double play.

David Bednar pitched the eighth this time and started by giving up a double to Cabrera.  But he got Candelario and Haase, both of whom have probably had better days, on a pop up and a strikeout, then got the last out on a grounder.

The Pirates stranded two more in the eighth, just because they could.  Gamel’s big hit didn’t exactly launch a new era in Pirate hitting; they finished 2-for-13 with runners in scoring position and stranded 14 in all.

Chris Stratton naturally gave up a leadoff single in the ninth.  Then he fanned the next two hitters and got Grossman to fly out.  The save was his third.