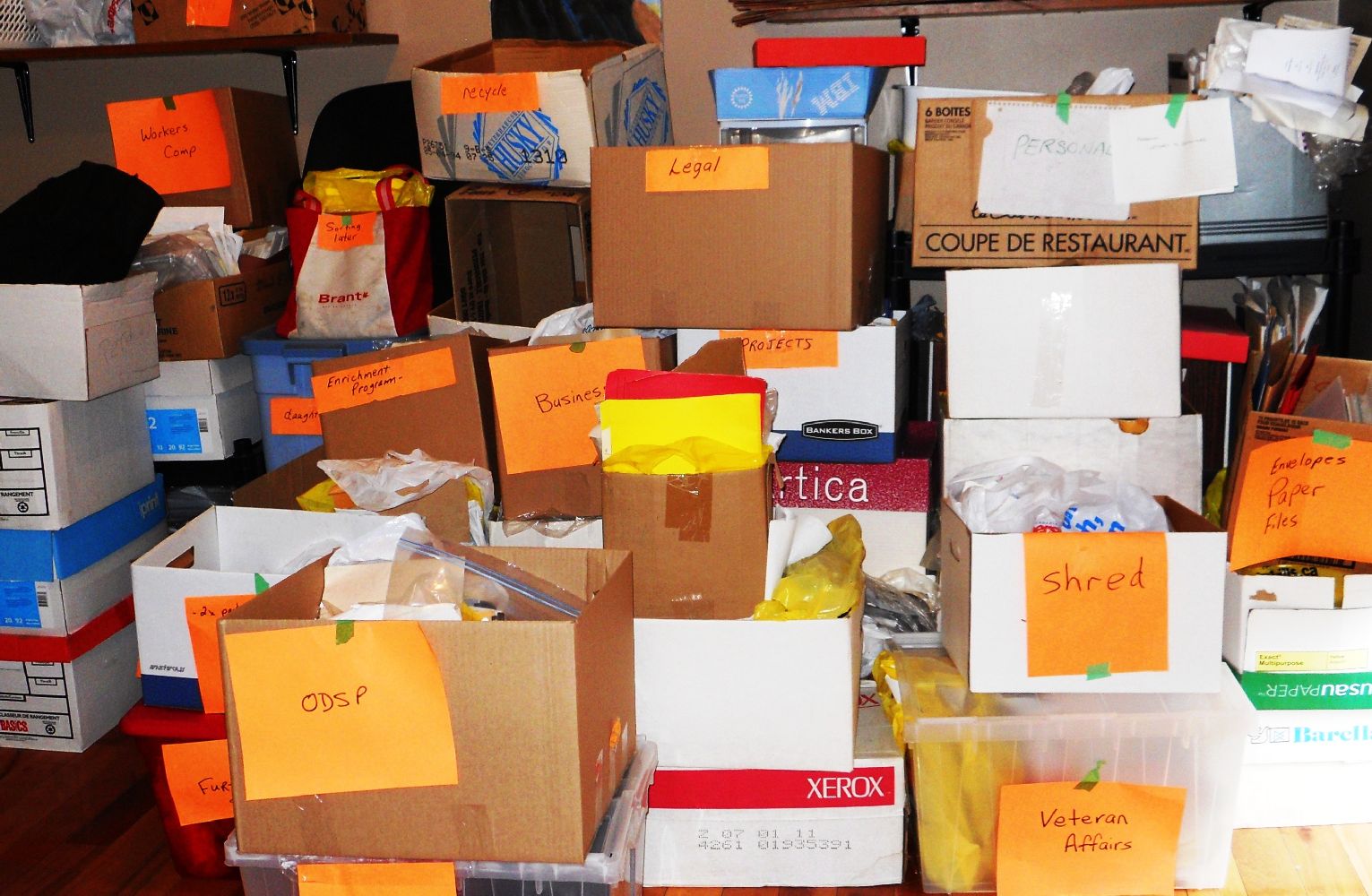 The Pirates’ maneuvering at the trade deadline didn’t include spur a lot of headlines, but it did involve a lot of volume.  That’s left them with a lot of sorting to do.  They’ve got far more players than they can find roster space for, whether you’re talking about the active roster or, longer term, the 40-man roster.  There are decisions to be made and what happens over the season’s final two months will impact them, so in the short term playing time matters.

I thought I’d summarize exactly what the team has to sort through over the next two months.  I’m not going to try to suggest what the roster should be, especially because the Pirates will do a lot of things differently, anyway.  I just wanted to go through the decisions they’re facing, starting today with the hitters.  I’ll ignore guys who clearly aren’t going anywhere.

Nothing is going to happen here until the off-season, and maybe not then.  The Marlins supposedly will come calling about Jacob Stallings, which could be a tough call if they make a good offer.  The only other question would be whether to keep Michael Perez on the 40-man roster all winter.  They obviously shouldn’t; catchers who can put up a 67 OPS+ while playing competent defense come in packages of a dozen at Costco.  But the Pirates seem to think a 67 OPS+ is a hidden value.

This sort-of breaks down into corner and middle infield, and sort-of doesn’t.  In fact, on the Pirates, it’s increasingly getting to where nearly all the non-pitchers can be classified as utility infielders.  This doesn’t seem like a healthy state of affairs.  Anyway, the Pirates are going to have to make some calls.  I haven’t specifically analyzed this, but at a guess, I doubt it’s possible to fit 25 utility infielders and 25 relievers on the same 40-man roster.

John Nogowski – It’s been fun, but Nogowski has a long track record of being a first base-only player who puts the ball in play pretty well but doesn’t have much power.  Now that he’s come back to earth, there isn’t much reason to think anything has changed.  Plus, once Colin Moran comes back, there isn’t room on the active roster for Nogowski and Phillip Evans.  And then there’s . . .

Michael Chavis – Once a top 100 prospect, Chavis has really tanked the last couple years.  The Pirates bothered to trade for him, though, so I assume they want to see what he can do.  Despite his troubles the last couple years, he’s worth a look because of MOAR PAHR.  Boston played Chavis at second for a while, so that could be an option, but it’s still hard to see how Nogowski, Chavis and Evans can all be on the active roster at the same time.  Or even two of them.

Phillip Evans – Since April 22, Evans is batting 168/287/210.  One of the many bizarre things that have happened with the team in the last two years is the unwillingness to option Evans, to see whether he can get the bat going again.  He has two options left.  Chavis does, too, and Nogowski has one, so the Pirates can shuttle them between Pittsburgh and Indianapolis for now, but it’s hard to see any sense in them carrying more than one of the three on the 40-man roster through the off-season.

And then there are the actual middle infielders.

Rodolfo Castro – Castro made it impossible for the Pirates to send him back down just yet.  Realistically, though, he’s probably going to struggle.  At some point, the Pirates should send him to AAA, not AA, with the idea of giving him a real shot at making the team next spring.

Wilmer Difo – Difo’s been surprisingly productive, mainly as a pinch hitter.  He’s certainly better than Erik Gonzalez.  (Of course, if you go by fWAR, so are 609 of the 622 position players who’ve played in the majors this year.)  It’s hard, though, to see the point of continuing to play him.  Gonzalez’ return from the IL will be interesting.  It’d be amazingly stupid to keep both on the roster.

Diego Castillo – Castillo becomes a free agent if the Pirates don’t add him to the 40-man roster, so it’s not even a question whether he can stick somewhere else as a Rule 5 pick.  It’d seem pretty foolish to trade for him and then wave good-bye a couple months later.  You’d think the Pirates would want to see him in AAA or even the majors this year.

Kevin Newman – It’d be easier if Newman hadn’t suddenly become one of the best defensive shortstops in the game, because among players with at least 200 plate appearances he’s tied for last in the majors in wRC+.  It’s hard to believe he’s really that bad a hitter.  He’s not going anywhere, but the question is how much he’ll play the last two months when there are other guys the Pirates need to see, especially . . .

Cole Tucker – Ben Cherington hinted the other day that Tucker, who’s been hot recently in AAA, would get another shot.  I suspect this will be a last chance situation.  Cherington also said the team still considers Tucker a shortstop.  So I imagine we’ll see him at some point, I suspect September, and maybe at short.  The Tucker-in-the-outfield experiment remains one of the most incomprehensibly stupid things that have happened the last two years.

Hoy Park – The Pirates are giving Park a look now, although sadly it’s been mostly in the outfield.  His bat seems like it’d play quite well in a utility infield role, or for now as a semi-regular at second.  Playing Park in the outfield to get him at-bats is fine.  Playing him there to get Gonzalez or Difo on the field would be . . .

Tucupita Marcano – I keep seeing Marcano rated very highly as a prospect, except at FanGraphs, where they’re obsessed with him  being skinny.  Anyway, the Pirates clearly regard him very highly, so I have to think he’ll get some time in the majors this year.

The Pirates don’t even seem to think outfielders are a thing.  Or maybe they think “outfielder” means “a fielder who makes outs.”  The outfield is just a place you put weak-hitting infielders when the infield gets too crowded.  I guess it’s a consequence of their love of the short bench.  When everybody has to play everywhere, it’s easier (in their minds, not in reality) to load up on infielders.  They need to spend the last two months seeing whether they can find somebody who can credibly play in the outfield, which means somebody who can hit.

Ben Gamel -Gamel’s shown he’s a credible major league outfielder, ideally a fourth outfielder.  It’ll help if somebody would show Derek Shelton his platoon split, because he doesn’t have one.

Gregory Polanco – I’ve wondered whether the Pirates’ continuing loyalty to Polanco is based on the notion of trying to re-sign him to a much cheaper contract for next year.

Ka’ai Tom – Another of those incomprehensible developments of the last couple years.  Tom’s prospect status was based entirely on one season — 2019 — spent mostly in AA, when he was 25.  At 27 now, there’s no reason to think he has much upside beyond being a fringy bench bat, and he certainly is nowhere near ready now to face major league pitching.  I wonder, though, whether the team is planning to send him on a AAA rehab for as much of August as possible and then call him up in September.  The outfield options — actual outfielders, that is — are severely limited, but it’s still hard to see Tom as one of them.

Jared Oliva – Absent injuries, I don’t expect to see Oliva before September, and maybe not then.  It’d help if he’d start to hit a lot better in AAA.

Anthony Alford – Alford’s been on a tear in AAA, but the strikeouts (35% of PAs, 43% of ABs) remain alarming.  Cherington has hinted that Alford could get another look in the majors and he becomes a free agent if he doesn’t get added to the 40-man roster.  I can’t see him being added to the roster without getting a meaningful look again in the majors, but the time for that to happen is running short and there are infielders to be tried in the outfield.  I’m skeptical whether Alford will get a chance and, given the strikeouts, I’m not sure it matters.

Dustin Fowler – Fowler was starting to hit in AAA and then got hurt.  I think his chance is probably past.

Fabricio Macias – Macias is hitting pretty well in limited playing time despite having just 44 games in high A and none in AA.  He’s still only 23 and he’s eligible for the Rule 5 draft this fall.  He can play anywhere in the outfield.  Macias might be a better candidate for fourth outfielder than Oliva, as his bat might be better.  It’d make a lot of sense to give him a look in September, but I’m skeptical whether it’ll happen.