How Much Payroll Can the Pirates Trade Away? 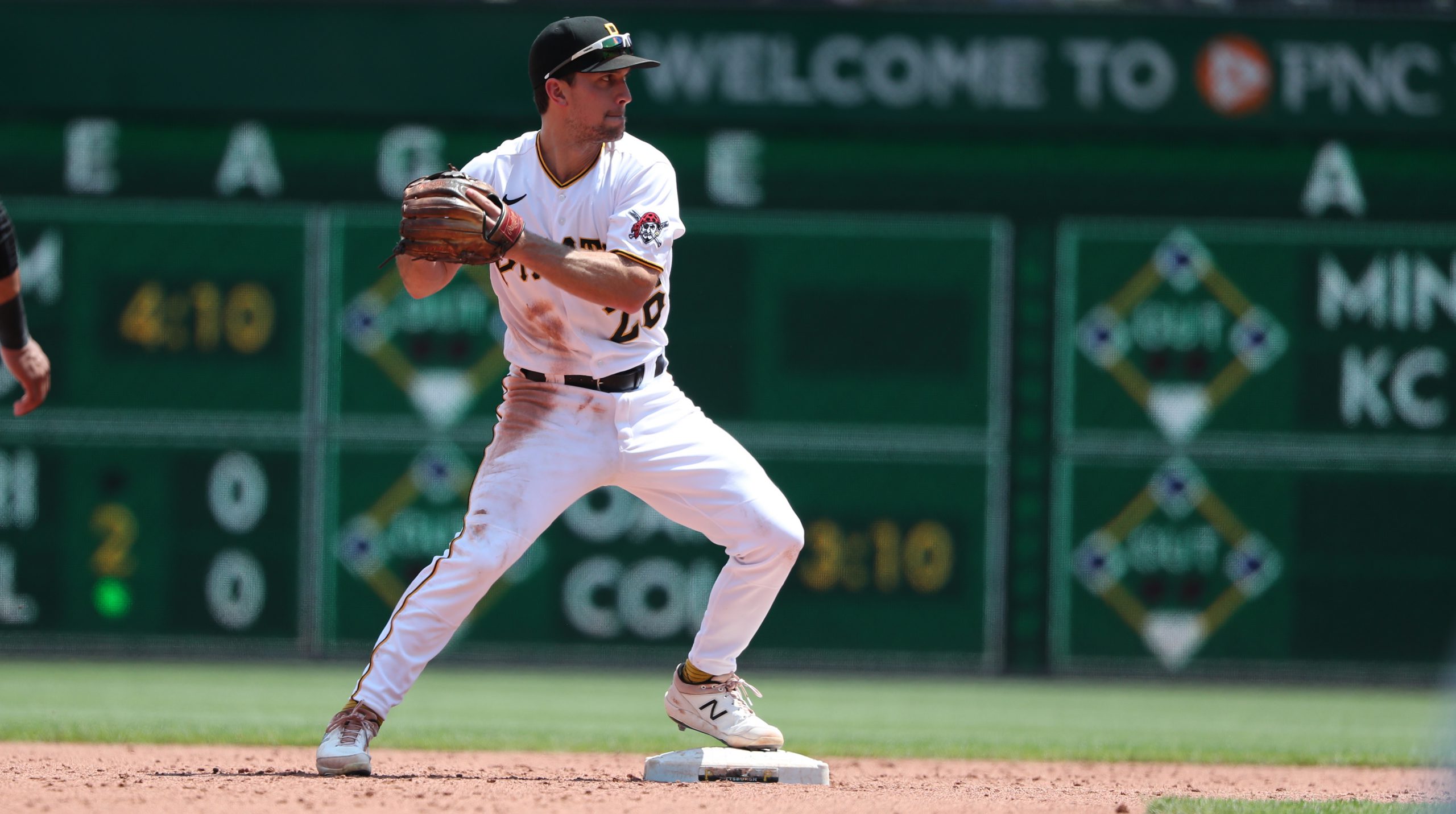 I started writing about the Pittsburgh Pirates before the 2018 season, so this is my fourth go-around analyzing the trade deadline—one of my favorite dates on the baseball calendar. More to the point, this will now be the fourth year in a row I’ve written about how much payroll the Pirates can trade away at the deadline, as opposed to how much they may be able to bring in. To be fair, I did also include potential trade targets in my 2018 write-up, and while we don’t want to revisit one of the names on the list that eventually was brought in, apparently Jacob deGrom was a name floated as being on the market at that time. What could have been…

Anyway, maybe someday I’ll be able to cover a buyer instead of a seller at the deadline, but until then, I’ll work with what I have. First, let’s cover the usual ground rules.

The following analysis will work off the assumption that every player is traded on the July 30th deadline—the rules preclude the deadline falling on a Saturday or Sunday, so that’s why it’s a day earlier than usual. That means that the Pirates would be committed to the traded player’s salary through July 30th and the team assigned the player would take it on as of July 31st, per Article XXIII (C)(2)(b)(i) of the CBA:

If a Uniform Player’s Contract is assigned by any means to another Major League Club, the assignor Club shall be allocated Salary through the date of the assignment and Salary shall begin being allocated to the assignee Club on the following day, regardless of the Player’s reporting date.

While I would typically include prorated portions of signing bonuses and buyouts—which are part of the Competitive Balance Tax payroll calculations and would be included in the total that payroll would be going down according to official MLB calculations—and not just straight cash, that won’t be necessary this season. The only player eligible to be traded that has any of those payments in his current contract is Gregory Polanco, and let’s just say I don’t foresee the Pirates being able to trade him at the deadline. Even if they do, savings likely aren’t being realized, because they are probably eating most of the contract to get any kind of prospect back in return.  Also, while there is money to be saved from possible bonuses and incentives, I won’t be including those here, as they aren’t considered guaranteed. Even if I was, there are no reported incentives for any of the candidates to be traded.

Finally, it must be remembered that while these are the payroll savings by particular player, it doesn’t account for their replacement, which really should be factored in when considering total savings on payroll.

The only question remaining is who and how many should be expected to be moved at the deadline? Some reports indicate a busy deadline, while some predict the opposite. So, while we may not be sure what’s in store for the entire league, it’s a pretty safe bet that the Pirates at the very least will be active on deadline day.

While they have plenty of candidates, all of them will obviously not be on the move; however, for sake of reference, I will list every player I think could possibly be traded.

Frazier is by far the team’s best trade chip and is probably one of the best names available at the deadline leaguewide.

He’s been on the block for years, but a trade has never been consummated. It would make sense for the Pirates to capitalize on a value for Frazier that’s likely never going to be topped, based on the convergence of performance and contractual control, but it will be interesting to see how other teams feel about him.

I personally think that it’s a possibility fans are valuing him higher than what the market may bear and that the return could be considered disappointing by some. It will definitely be fun to watch over the next week.

Even when healthy, I wouldn’t have said for sure Moran was likely to be traded, but with yet another injury, I personally don’t see it happening yet. It wouldn’t necessarily be surprising if he were traded though, which is why he’s still included.

If I had to pick one name that the Pirates will definitely trade, Anderson would be it. He has sandwiched one rocky stretch between two above average ones, but it’s best to be performing well going into the deadline, as he currently is. As a left-handed starter able to eat innings on a cheap contract, Anderson checks a lot of boxes for interested contenders, but I wouldn’t expect a game changing return of any kind.

Kuhl’s name has been rumored before, and while I personally don’t think he goes, like Moran, it wouldn’t necessarily be surprising. What would be interesting to see is if a team did acquire Kuhl, would it be as a starter—which he’s shown the ability to do—or finally switch him to a relief role, which has been seen as an intriguing proposition for a contingent of the fanbase for some time.

As a reliever on a cheap, controllable contract that was performing extremely well at the end of games, Rodríguez looked like a prime trade candidate at the beginning of the season. Unfortunately, his performance has dipped as of late, and there are reports that some front offices may be concerned that it could be related to the league wide crack down on sticky substances, as Rodríguez’s spin rates have gone down significantly.

It’s still likely he’s traded, but it will be interesting to see how he’s valued on the market. Even aside from the sticky stuff conversation, some teams may not see Rodríguez as a capital C closer, which could diminish his value further.

Outside of the “big three” (Frazier, Rodríguez, and Anderson), Stratton could be the next most likely to be moved, and it’s possible he actually holds some value on the market. A pitcher with extremely high spin-rates (that haven’t dropped) that can hold multiple roles and pitch multiple innings—not to mention on a cheap, controllable contract—is likely to be fancied by other teams.

I didn’t quite realize the confusion lurking beneath the surface of Gamel’s contractual situation.

After opening the season on Cleveland’s active roster, Gamel was optioned on April 17th. He was then designated for assignment on May 5th and claimed by the Pirates on May 9th.

To try and sum it up as succinctly as possible, days on option aren’t counted as service, unless they are less than twenty days total during the season. Gamel was on option for nineteen days, counting the date of designation. This jibes with Attachment 32 of the Collective Bargaining Agreement, which states that for “Players who are optioned and then designated for assignment while on option—The optional assignment date counts as day one of the option and the designated for assignment date is counted as the last day of the optional assignment.” So, assuming Gamel was only on optional assignment for nineteen days, the entire 2021 season would count as Major League service, and he would exceed 5.000 years of service for his career, meaning he would only have one year of arbitration eligibility remaining. If for some reason I’m off a day or I’m interpreting another rule incorrectly, it’s possible Gamel doesn’t earn enough days of service to pass 5.000 years this season, and he would be eligible for arbitration for two more seasons.

I considered not even including him just to avoid typing the prior paragraph, but while I did want to accept the challenge, I also believe there’s at least a slight possibility that another club wants Gamel as a fourth outfielder for a playoff push, as he’s played fairly well as of late.

While the return would likely be nothing to write home about, it’s totally possible that another team takes a flier on Shreve as a left-handed option out of the pen. I would definitely view the other two relievers listed as more likely to be traded before Shreve, however.

What I find interesting is Frazier is the only player who would clear over $1 million from the ledger if traded, but that’s what happens when you’re second highest paid player is only making $4.3 million.

So, while there are trades to be made, it’s likely that payroll is not going to go down that much from its already low standing after the deadline, especially once replacements are factored into the equation.