Pirates seasons tend to reach the stage where all you can do is look for comic relief.  We’re well into that stage now; in the end it’s going to last about four and a half months.  At least last year it only went on for about six weeks.

The most amusing thing I’ve seen in the last day has been the local writers wondering, if Erik Gonzalez is hurt, where-oh-where are the Pirates going to find a first baseman?  Um, seriously?  That’s like finding Dunkin’ Donuts closed and wondering where on earth you’re going to find a quality steak.

I’m not sure Ben Cherington would get the joke, though.  After all, with an offense that just batted a collective .133 in a series in Coors Field, Cherington called up a guy with an OPS of .597 in AAA rather than one with an OPS of .944. 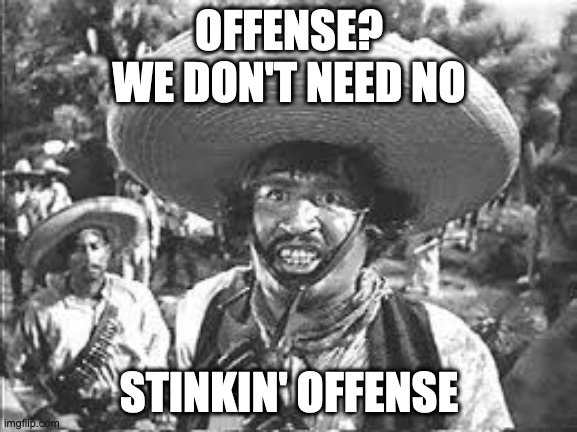 This particular Pirates comedy act has a unique gift for illustrating, in very short order, the fact that they’re playing in a league that’s beyond them.  In the first two innings of tonight’s game, Milwaukee had three hits.  They all left the park, making it 3-0.  The Pirates’ response?  Ben Gamel doubled, went to third on a sacrifice (Leading by three, the Brewers would never expect that!  Genius!!), and scored on a ground out.

Of course, Milwaukee didn’t send the bats to the showers with a 3-1 lead.  J.T. Brubaker — who can’t possibly find it easy to pitch knowing two runs are almost surely fatal — breezed through the third, fourth and fifth.  In the sixth, though, two singles and a triple made it 5-1.

The Pirates naturally were overmatched against mediocre Brewers starter Adrian Houser.  He had an easy time getting through six and two-thirds, giving up just four hits.  Bryan Reynolds, who’d be awesome in a major league lineup, hit his 15th home run off Brent Suter in the eighth to make the score 5-2.

Kyle Crick struggled through the top of the ninth, giving up two runs.  Those runs probably saved the Pirates from facing Josh Hader in the ninth, not that it mattered.  Hunter Strickland kept them scoreless for a 7-2 final.  That’s five straight losses for the Pirates.

The Pirates finished with five hits.  Reynolds had a double as well as the round tripper.  They went a standard 0-for-6 with runners in scoring position.  The lineup after Reynolds went a standard 2-for-20, which appears to be just fine with Cherington.