Hague: Top Three Photos Over the Years Covering the Pirates 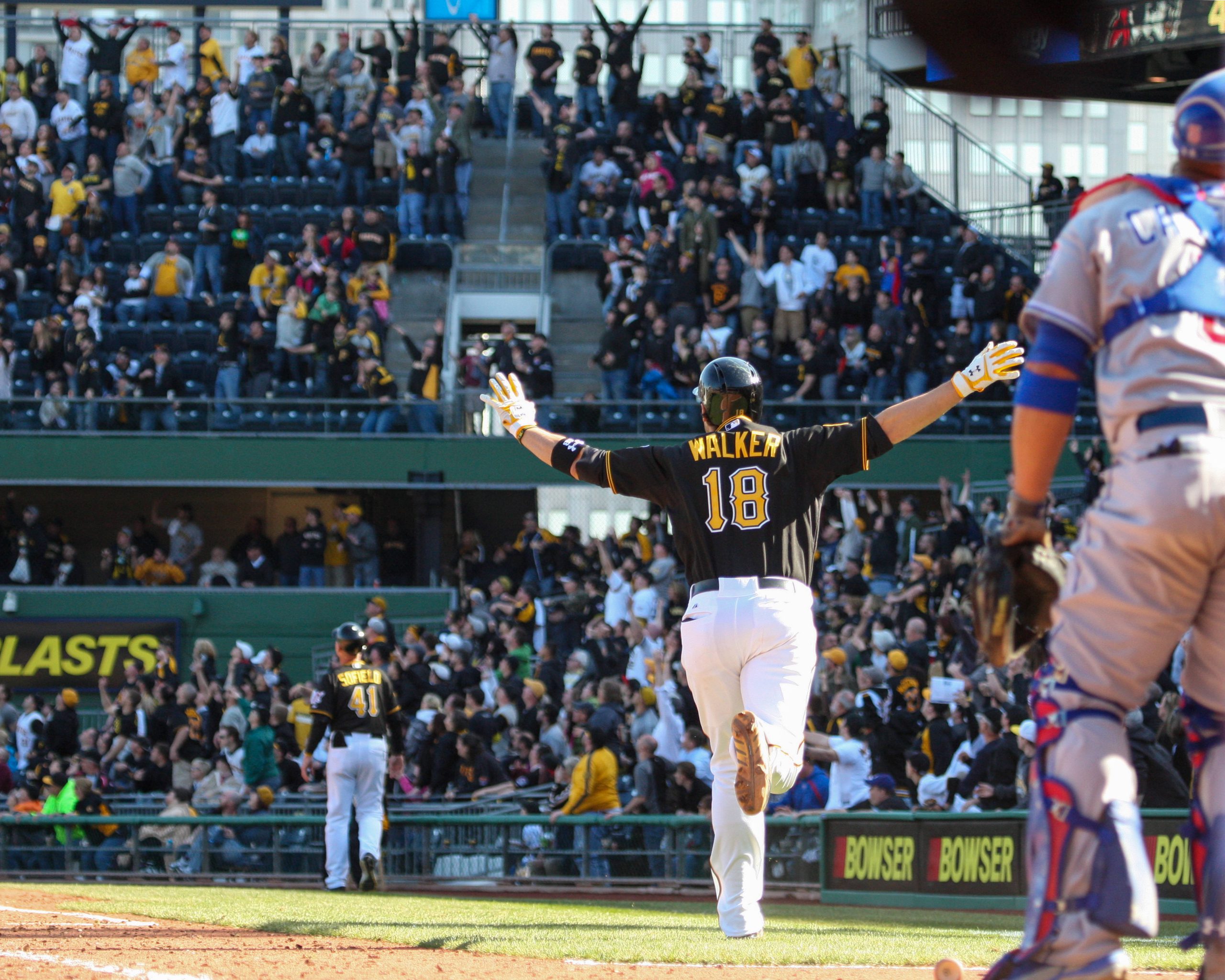 In 2009 I got a chance to assist Jay Drowns to make an amazing photo of Albert Pujols for the cover of Sporting News. After that, I was able to stay and photograph the game. To say I was like a kid on Christmas morning would be an understatement.

I photographed the game, and I knew that I wanted to get back in the photo wells. That would not happen until I started shooting for Pirates Prospects in 2013. Since that time, I have worked almost 200 Pirates games and covered multiple Minor League games. My favorite photos from that time are below.

There were a lot of photos that were in the running for my favorite, like Travis Snider flashing the Zoltan sign after legging out a triple, or Jason Grilli celebrating the win of the 2013 Wild Card. All the Powerade showers I have captured, or the pies to the face from AJ Burnett are memorable. The countless broken bats, plays at the plate, and just outstanding defensive plays there was no shortage of good photos.

I narrowed it down to the top three photos in my time covering the Pirates. Being a sports photographer is part about luck with positioning and part about knowledge of the game. I will elaborate on that further below. All three photos I selected have come down to location and choice of photo wells. 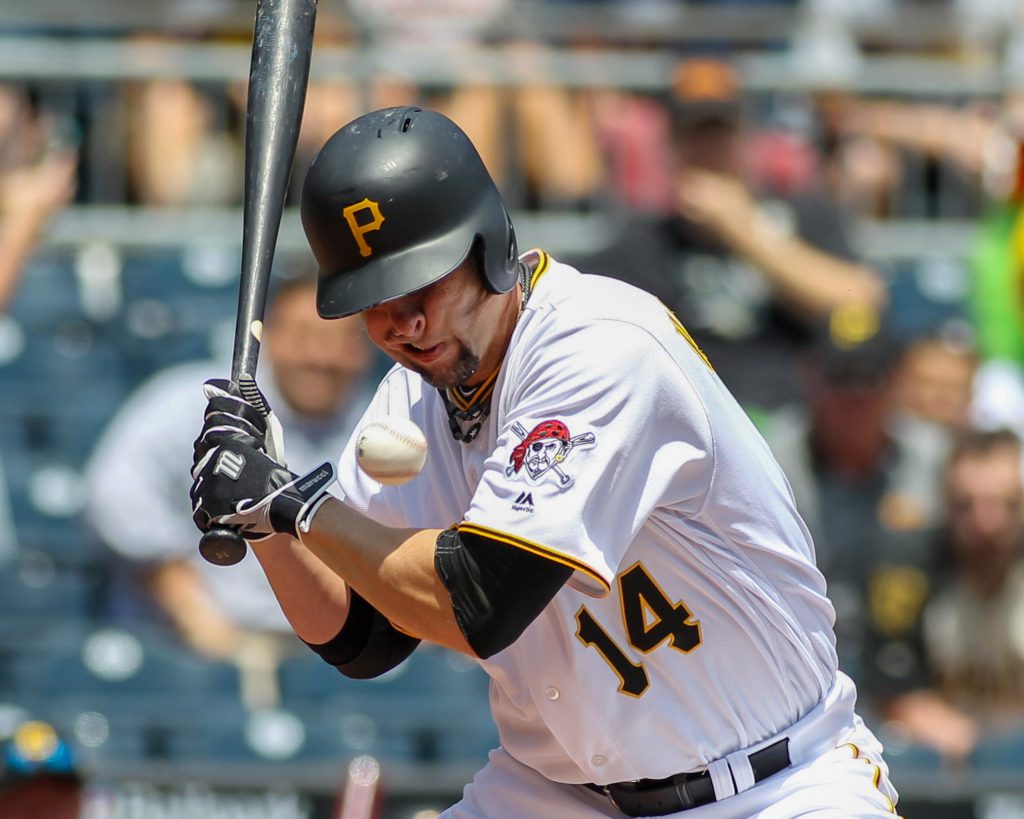 The first one up is of Ryan Vogelsong back in 2016. Jordan Lyles, of Colorado, was on the mound and his 0-2 pitch got away from him and struck Vogelsong on the left cheek. My photo was just a timing where the ball is still in the frame, and you can see the shock wave from the impact. With a heavy lineup of right-handed hitters, I opted to be in the first base well so that I was able to capture their face as opposed to their backs. Now, for the luck aspect of sports photography, typically photographers don’t worry about photographing the pitcher batting, but for some reason I did and captured this photo. 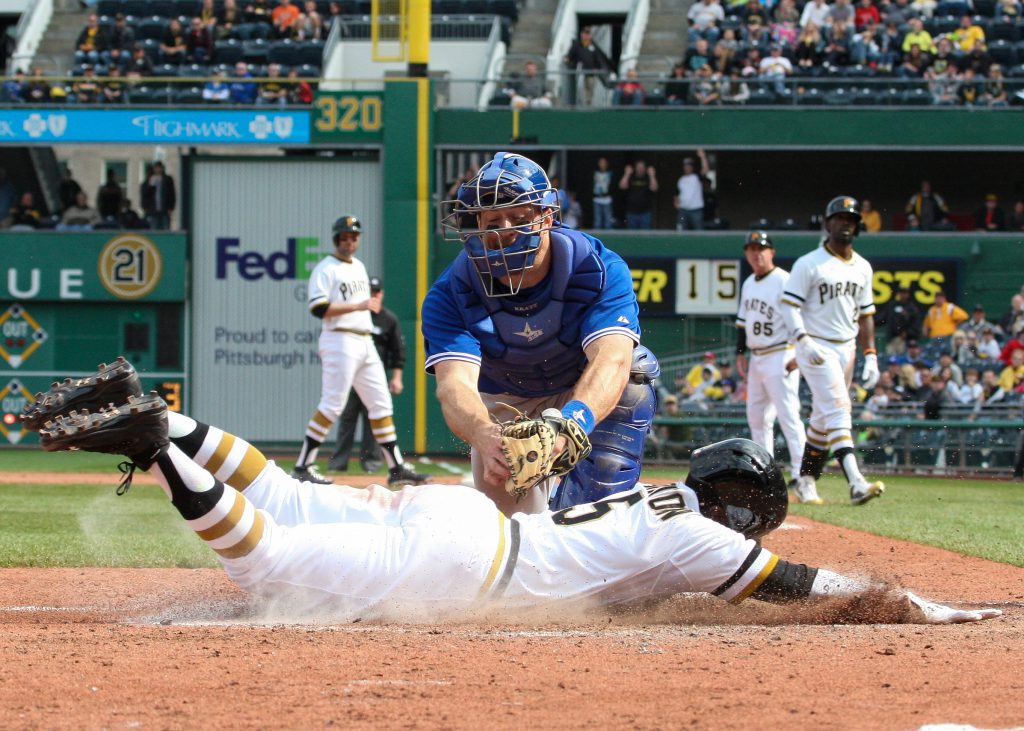 On to the next one in my top three is Josh Harrison sliding into home. I was in a photo well at the time that was recently removed to add more seats. This photo well was my favorites to photograph from, as it provided you a chance to photograph right behind the Pirates on deck circle with the city behind them. This photo came from a 7-2 loss to the Blue Jays back in 2014.

After a Josh Harrison triple, Neil Walker was hit by a pitch Andrew McCutchen came up next with a sacrifice fly to right field. The sacrifice led to a close play at the plate with Harrison arriving just before he could be tagged. What makes me really like this photo is you have McCutchen, Walker and Rick Sofield in the background locked in to see the outcome. Then there is the actual play itself, where you can see Erik Kratz is unable to tag Harrison before touching home. The dirt is flying and then add in the throwback uniforms. Positioning was luck on this photo as the other locations don’t tell the story with the background players. Also depending on location, you would not see the gap between Kratz and Harrison. 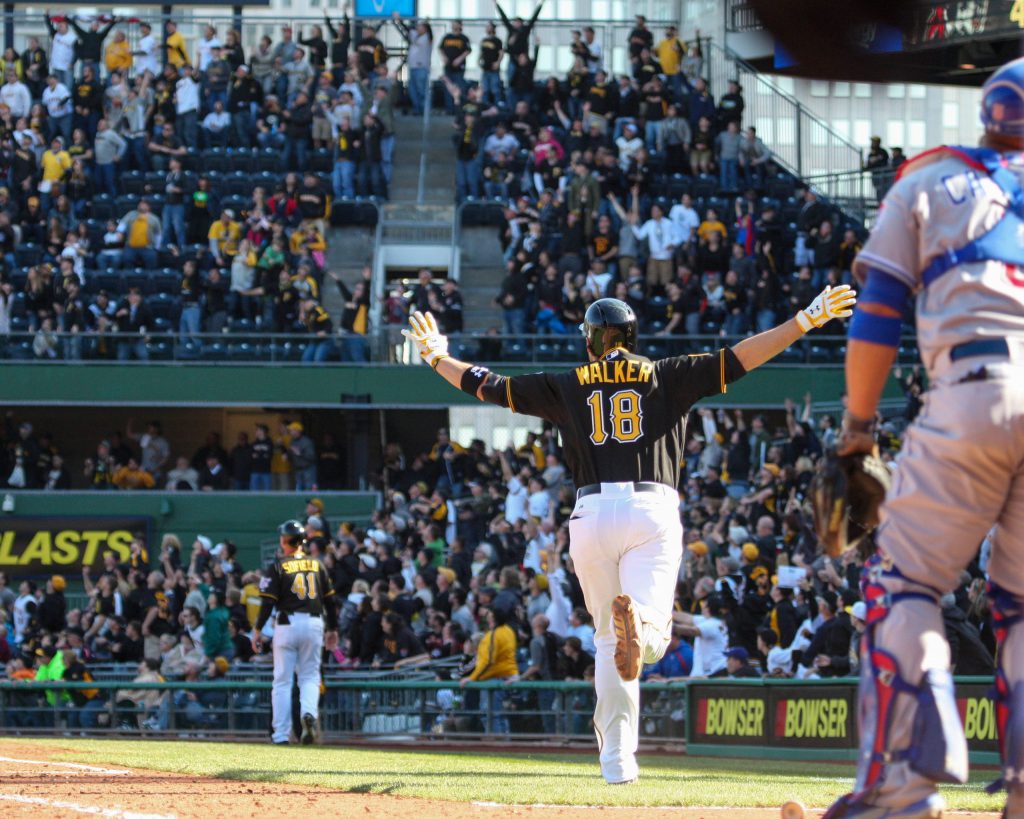 Last up Is another one from that great 2014 season, this time Opening Day. Again, I was in my favorite photo well to work from. In the bottom of the 10th inning, Neil Walker hit a walk-off home run. What makes this photo is Walker is only halfway to first and already knows it is gone with his arms raised, but the fans all knew it, as many of them also have their arms raised in celebration.

My thought for this location was if there was a walk-off hit I would be able to get the “Hero Shot” of him tuning towards me and being mobbed by teammates after getting the hit. It didn’t happen that way, but I got this cool shot of Neil Walker.

Which of the 3 are your favorite or do you have a different one of mine that you like more? Check out my instagram @DHPhoto11 to see more of my photos from the past 200 games I have covered.