Pardon Our Progress: Checking Under the Radar 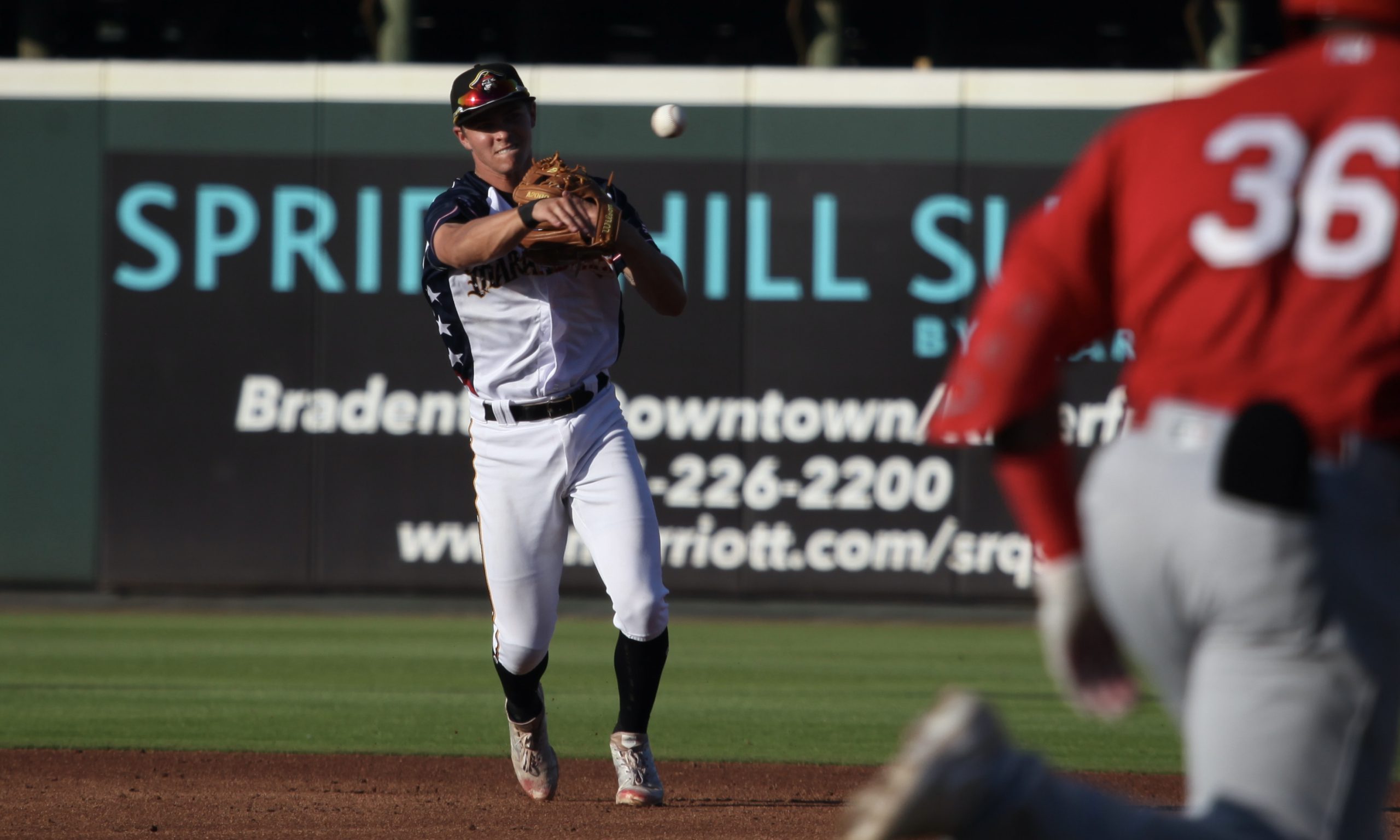 As we all know by now, the Pirates’ farm system has a lot of highly regarded prospects.  And we’re all well aware that Roansy Contreras has been pretty unreal, Oneil Cruz after a slow start is sporting an .862 OPS, Santiago Florez is striking out over 14 batters per nine innings, and so on.  I thought I’d look for some guys who are a little less familiar but who are performing well.  The system is so deep that it’s worth keeping an eye on the under-the-radar prospects.

Well, let’s get this out of the way.  The Pirates don’t really have prospects at Indy, especially with Miguel Yajure out.    The roster is mostly made up of veterans and guys who’ve come up through the system but probably aren’t prospects.  I think the latter is a good thing; I’d rather see a guy who’s spent several years in the system get a shot at AAA instead of a journeyman veteran who’s just hanging on.  But most of these guys are struggling.  So I’ll try to find some players of interest.

The Pirates also need outfielders.  In 15 games since getting promoted to AAA, Bligh Madris is hitting 348/426/478.  Madris put up mediocre numbers in 2018-19 and was struggling this year before he got promoted from Altoona.  He put up big numbers in college, though, so it’s not totally unreasonable to think he’s made real progress all of a sudden.  With seven walks and ten strikeouts, his plate discipline has been good.

The 18-11 Curve are playing very well.  They’re getting production from plenty of players, not just the biggest names.

Since starting the season 6-for-32, right fielder Cal Mitchell has quietly gotten his numbers up to a very good level.  Excluding a pinch-hit appearance, he’s hit safely in 12 of his last 13 games.  He’s hitting 277/354/470 and his BB:K ratio is 1:1.5.  That’s a far cry from 2019, when it was 1:5.  The “quiet” part is good because Mitchell has a history of being extremely streaky, disappearing for very long periods.

Outfielder/first baseman (well, mostly DH) Brendt Citta has hit his way into regular play, batting 339/393/536.  He’s making the jump all the way from short season ball, so it’s hard to dismiss this as a fluke.

Yet another outfielder, Daniel Amaral, is having a very good year.  He always seems to start off as a bench guy and then plays his way into more playing time.  He’s doing it again this year, batting 281/379/474.  Amaral runs well and can play center.  Have I mentioned that the Pirates need outfielders?

Altoona’s had a number of pitchers doing well.  Osvaldo Bido got knocked out in the third inning of his first start.  In four starts since then his ERA is 0.92.  He signed at age 21, but he’s moved up quickly and has improved with each promotion.  Some of the Pirates’ starting depth, like Wil Crowe and Cody Ponce, has been unimpressive, and Cody Bolton and Aaron Shortridge are hurt.  Maybe Bido will follow Max Kranick to AAA sooner rather than later.

Travis MacGregor has been very impressive after missing two full years and never pitching in High A.  He has a WHIP of 0.86 and K/9 of 13.5.  The Pirates have limited him to less than four innings per start, given the layoff.  MacGregor is already eligible for the Rule 5 draft.

Hunter Stratton is the mystery man on the Altoona staff.  A 16th round draft pick, he’s never previously had an ERA below 4.16 or a K/9 above 8.0.  This year he’s allowed just one run in 12 innings and fanned 24.

The Grasshoppers figured to be less deep and more top-heavy than the other teams in the system.  Some of the interest surrounding the team took a hit with injuries to Liover Peguero and Nick Gonzales, and a mediocre start by Quinn Priester.  There’ve been some surprises just the same.

The biggest has been outfielder Matt Fraizer.  He didn’t hit much in college until the first 19 games of his junior season, when he hit .412.  Then he broke his hamate.  He hit badly at West Virginia after the Pirates drafted him, but that may have been the aftermath of the hamate injury.  Now he’s batting 306/415/510, with 19 walks and 20 strikeouts.  He’s even got five home runs.  And the Pirates need outfielders.

Aaron Shackelford is leading the High A East League in dingers with nine.  He only played at Bristol in 2019, so this is a big jump.  On the other hand, he’s 24 and is striking out in nearly a third of his plate appearances.  He does draw a lot of walks, so his OBP is .368 despite a low batting average.  The Pirates drafted Shackelford out of an NAIA school and he hit for a ton of power there, so this isn’t something totally new.  One handicap he’s facing is lack of a position.  He started the season playing first because somebody had to, then he moved to second with Gonzales out.

The Marauders are loaded with prospects, so many that they’re rotating players through the lineup.  Their most productive hitter so far, though, has been one of the less ballyhooed players, Jase Bowen.  He got off to a 1-for-15 start, but now he’s batting 263/318/515 with a league-leading six home runs.  He’s also looked good defensively at second.  The cautionary note is four walks and 27 strikeouts.

Eli Wilson has been blistering hot, although he’s playing only half the time.  He’s second in the league in OPS and is hitting 412/592/647, with 14 walks and nine strikeouts.  The one place in the system he needs not to be is on the same team with Endy Rodriguez.

Righty Adrian Florencio was another late signing, in his case age 20.  He went straight to Bristol, which was an ambitious initial assignment, and he mainly just kept his head above water, with a 4.75 ERA and marginal secondary numbers, particularly in the control area.  This year he has an 0.56 ERA and 0.88 WHIP, and his BB/9 and K/9 have gone from 4.6 and 7.2, respectively, to 2.3 and 9.6.