Let’s REALLY Do Something About This Roster 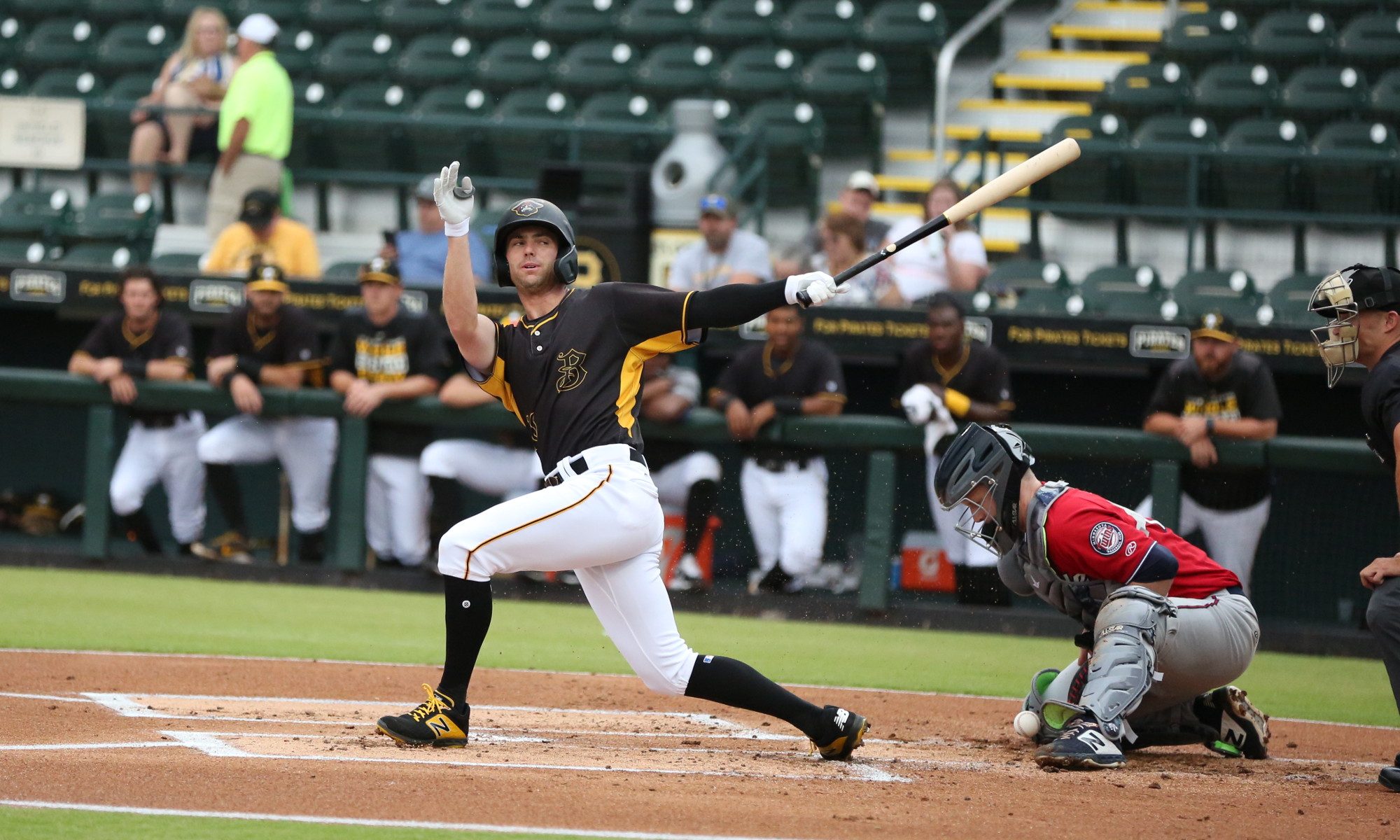 As Ethan Hullihen pointed out yesterday, the Pirates are going to be making a bunch of roster changes soon.  Since it’s clear who’s coming back, the more interesting question is who’s leaving.  I’m going to focus just on hitters here.  Pitching being the hazardous profession it is, the odds are that by the time you get one guy back, another one (if you’re lucky) goes out.

On the hitting side, the players Ethan lists (without intending to make predictions) are Ben Gamel, Cole Tucker, Will Craig and Ildemaro Vargas.  They’d be making room for Ka’ai Tom, Colin Moran, Phillip Evans and Ke’Bryan Hayes.  I think there’s a strong likelihood that that’s what the Pirates will do.  Of course, it means they’d be retaining players like Erik Gonzalez (-0.2 fWAR), Michael Perez (-0.3), Wilmer Difo (-0.2) and Gregory Polanco (-0.1).  Those aren’t just one-year struggles, by the way.  Difo and Polanco have been sub-replacement each year since 2018.  Perez’ career figure is -0.9.  Gonzalez has totaled -0.2 in his three years with the Pirates and his hitting has gotten worse each year.

So why do the Pirates cling to players like this?  I can’t believe the front office would be foolish enough to think that any of these guys has a realistic chance of making the team better in the short term.  (Polanco is arguably an exception here, although an increasingly tenuous one.)  I also don’t believe the front office has any notion that any of these players will be on the next winning Pirates’ team.

I’ve been convinced for some time that players with some major league experience, however poor their performance may have been, give GMs and managers a comfort level, an assurance of performance at a level that’ll at least be somehow acceptable.  If you bring up some random, inexperienced guy from AAA, you might get embarrassed.  A corollary to this point is the fascination, approaching fetish level with the Pirates, with players who can play lots of positions.  For some reason, there’s much more concern that a guy playing out of position due to injuries or substitutions might make a boo-boo in the field, than that a no-bat utility guy is a lock to go 0-for-4 any time you put him in the lineup.  Maybe the idea is that the 0-fers will get lost in the crowd more easily, especially on the Pirates, than the fielding gaffe.

And, yeah, there’s the Will Craig play.  It’s really kinda sad that he’s the one who’ll have to live with that, but as Tyler Anderson pointed out, it was a team-wide breakdown.  Perez’ role in it was every bit as boneheaded as Craig’s, and Adam Frazier’s wasn’t far off.  That play didn’t illustrate what happens when you bring a random guy up from AAA.  It illustrated what happens when you have a bad team.  So exactly how are Perez and Gonzalez, whose bad throw on an easy play started the mess, along with the others, protecting the Pirates from embarrassment?

And why is it so much more worrisome to put a guy at a less-than-ideal position on infrequent occasions than it is to field a lineup of hitters who are struggling, not just with the Mendoza Line, but in some cases just to get above .150 or even .100?  Why is one thing unacceptable in major league baseball and the other just fine?

The other argument I see for retaining the dead-enders is, “What difference does it make?”  The team is going nowhere and these guys will be gone before too long.  This obviously is one you see from fans and not the front office.

I think the fact that it won’t make a difference in the short term argues against, not for, retaining these sub-replacement veterans.  In fact, this isn’t even arguable.  It’s like a quarterback throwing long when he knows the defense has been flagged for jumping offsides.  There’s no risk, so why not do something, anything, to inject some upside into the situation, even if the odds are very low?

Anyway, I’d do things very differently.  I’m just going to look at the totality of the situation rather than the timing, as it seems most of these guys will be coming back around the same time.  The Pirates are going to need four spots.  There’d actually be five changes, because I’d designate Perez for assignment.  I’d also dfa Gonzalez, Difo and Vargas.  I’d option Craig because Moran and Evans would remove any chance of playing time.

It’s going to be something like a couple weeks before all these moves can take place.  If he hasn’t done more than occasionally run into one, I’d also dfa Polanco.  The routine where he puts up a few very high exit velocities, followed by weeks and weeks of helpless flailing, has gotten way too old.  He’s tinkered with his swing repeatedly and the only consistent result has been that he consistently goes into dismal slumps.  The idea of getting any value in a trade is a fantasy unless something meaningful happens very soon.

So that’s six spots, leaving two extra.  I’d add Joe Hudson and Chris Sharpe.  Sharpe hasn’t been in AAA long and he’s not really on the prospect charts, but those are reasons in favor of calling him up.  He’s hitting well now, much better than he did at Altoona in 2019, and he’ll be 25 in a week.  The ideal time to call him up will never occur.  If he’s not going to get a chance at a time like this, with Jared Oliva and Travis Swaggerty hurt, he never will.  A long-odds chance before he’s had a lot of time in AAA is better than no chance at all.  This is the real spot for the “What difference does it make?” approach.

With Hudson, well, how can he be any worse than a guy who can barely hit .100?  He’s hitting well at Indianapolis now.  Maybe he turns into Mike McKenry for a little while.  And if not, there’s Andrew Susac.  No matter how low the odds, there’s no meaningful cost.