Pardon Our Progress: High Ceilings in Low A? 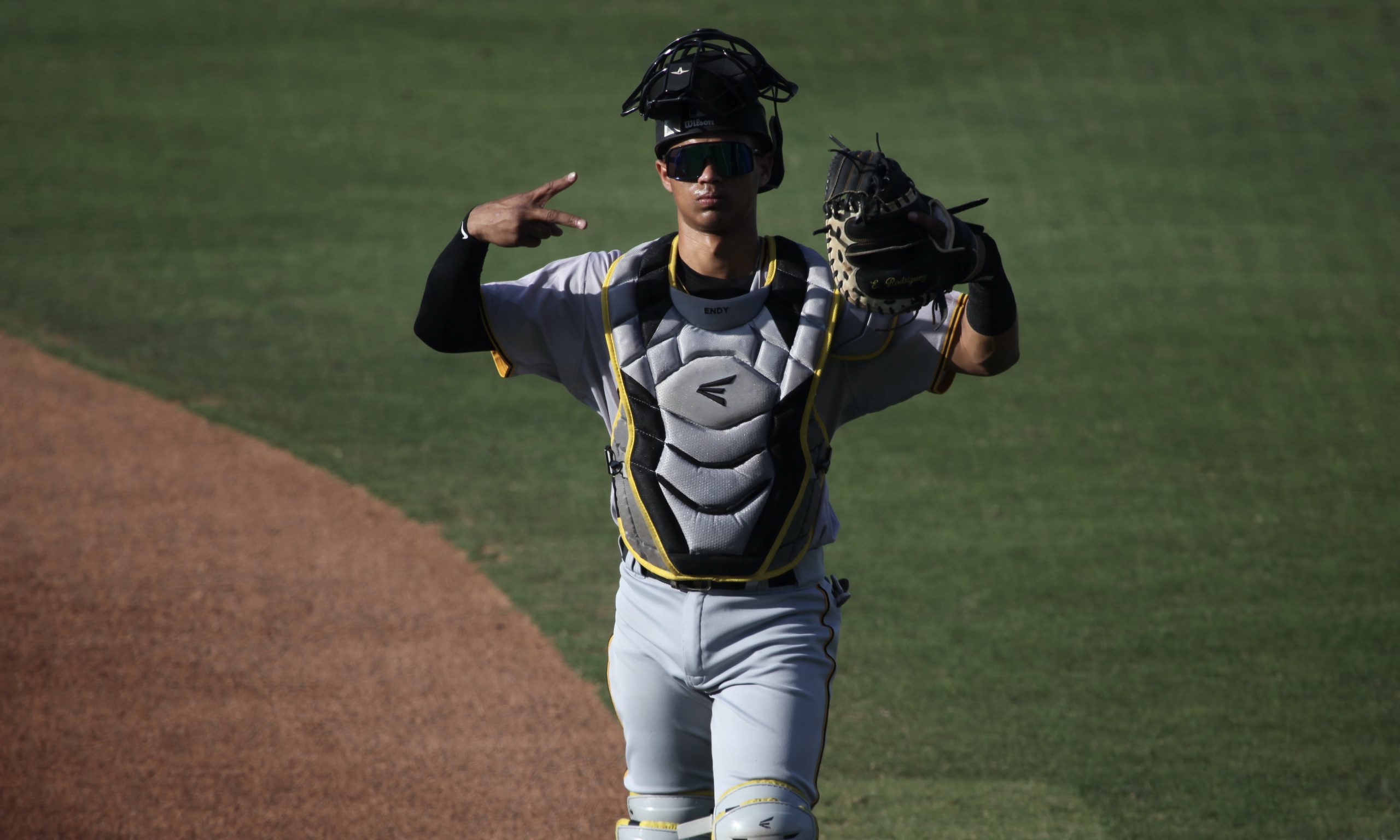 Yesterday’s Bradenton game in Clearwater (against Dunedin, which is using the Clearwater Phillies’ ballpark until the parent club clears out of theirs) was great for me on a couple of counts.  It was the first minor league game I’d seen in person in nearly two years.  And the Marauders are loaded with very young players, the vast majority of whom stand a legitimate chance of turning into real prospects.

Not only that, but there aren’t many players on the team that I’ve seen previously.  Usually by the time players get to full season ball, I’ve seen them at Pirate City or with one of the short season teams.  This time, of 13 players who appeared in the game, the only ones I’d seen before were Sammy Siani, Jase Bowen, Norkis Marcos and Domingo Gonzalez.

So you can understand if I get a little too excited about seeing this team.  But in a general way, which I’ll go into here, it seemed different from what I’ve used to seeing for a while.  The Bradenton team has a lot of players with loud tools.  And it’s very young; the position players are easily the league’s youngest while the pitchers are average.  The team is not the usual collection of potential future slap-hitting utility players and fourth outfielders, and middle relievers.

To start with, there’s a lot of speed.  One of the fastest players, Hudson Head, wasn’t in the lineup, but Sergio Campana and Jasiah Dixon may be the two fastest players in the system.  They’re tied for the league lead with 23 steals while getting caught only twice.  Yesterday, they stole six bases.  Campana has a steal of home this year and, when he and Dixon reached third, they both seemed to be seriously looking for a chance to head home.

Of course, speed is useless by itself on offense, at least at higher levels.  In low A, I’ve seen offenses subsist on infield hits and defensive bumbling.  But these guys look to drive the ball.  The Marauders are third in the league in slugging.  The top hitting team by far is Tampa, but their hitters are also the oldest by far.  The second team in SLG, Daytona, also has significantly older hitters than Bradenton.

Siani is especially interesting.  I saw him play several times in the GCL two years ago and I don’t think I saw him hit anything hard.  Yesterday, he had a home run, a double and a long drive to center that was caught.  He’s clearly looking to turn on the ball to generate some power.

There’s a downside, of course.  The Marauders take a lot of pitches, while looking for one to drive, and get into a lot of bad counts as a result.  That was especially a problem for Dixon yesterday, and to a lesser extent for Siani.  The team walks and strikes out a lot, nearly 14% of plate appearances for the former and well over a quarter for the latter.

The hitting patterns on the Marauders are part of the overall trend in baseball.  How it’ll work out in the end remains to be seen.  But at least I don’t get the impression of the Pirates — at least looking at them in the lower minors — as The Team That Time Forgot.