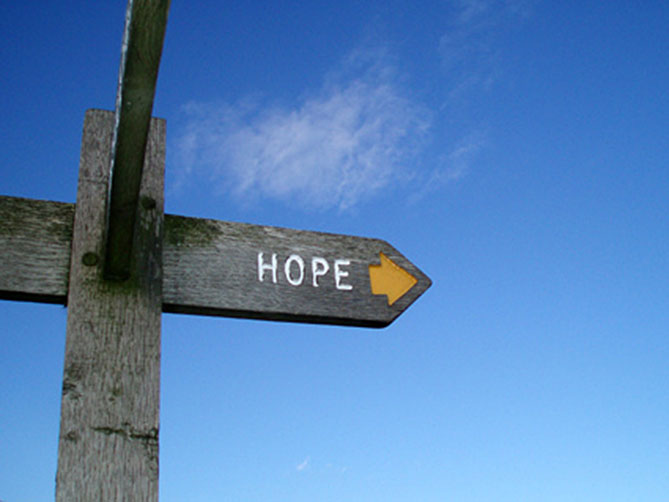 More than anywhere else, this is where the Pirates’ future lies, we hope.  The rotation is stacked, probably even more than the Altoona infield.  The middle infield could be the core of a future winning team.  The outfield has some guys who at least have upside.  And there’s a lot of potential for pop-up prospects.

Koch was the Pirates’ top catching draftee (5th round) in 2018 and Wilkie (12th round) in 2019.  Scouts considered Koch to have some power potential, but he hit very little in short-season ball and in low A, although he did have a three-homer game late in 2019.  Wilkie hit very little in short-season ball.  Of the two, Wilkie maybe had the better defensive reputation coming out of college.  They’re likely to share catching duties.

Shockley signed as an undrafted free agent after the 2019 draft.  He was overmatched by the much younger pitchers in the GCL that year.  He figures to be the third catcher at Greensboro.

Greensboro’s middle infield could very conceivably be the Pirates’ top two prospects at some point in the near future.  Gonzales and Peguero have yet to play regular season games since joining the organization, but they’ve had significant exposure to advanced players, both at the alternate site and in spring training.  It’ll be disappointing if either spends the entire year at Greensboro.  The Pirates have talked about giving Gonzales time at short, but logically Peguero should spend most of his time there.

Acuna, Shackelford and Valdez will no doubt be rooting for quick promotions for Gonzales and Peguero.  All three will be skipping over low A, having played at Bristol in 2019.  Acuna is 5’7″, but he’s a lot stronger than he was before 2019 and led the Appalachian League in doubles.  Shackelford came from an NAIA school and hit for good power in 2019.  Valdez came from the Dodgers for David Freese; he’s athletic and has some power.  Acuna is a shortstop and Shackelford probably a second baseman.  Valdez has played second, short and third.

The third baseman should be Triolo.  He was a supplemental second round pick out of college in 2019 and is mostly solid all around.  He’s a very good defensive third baseman and has played some at short.  He hit a lot of doubles and triples in his debut, without showing over-the-fence power.  Thanks to the lost season he’s already 23 without having seen full season ball, so if he’s going to be a prospect he doesn’t need to stay long in high A.

Alvarez was drafted out of college and struggled against the much younger pitching in the GCL in 2019.  He’s also 24 now.  He shouldn’t get much playing time.

None of these guys is a first baseman.  Moving Triolo would be foolish because he’s good at third.  The Pirates’ pattern for years has been to put non-prospects at first, which is incredibly aggravating when there are guys with some ability who could use the at-bats.  That’s certainly the case with the three guys moving up from Bristol and all of the outfielders.  Hopefully they’ll use the playing time better.

Everybody in this outfield brings some upside but needs to step forward.  Herman and Macias are moving up from low A.  Gorski and Fraizer were drafted in 2019 and, being Huntington Era college hitting draftees, had a rough time in their debuts.  Sanchez is repeating the level, which is obviously not good.

Herman added muscle before the 2019 season and sacrificed some plate discipline for power.  He runs pretty well and has a strong arm, so he could be a good right field fit.  Macias has hit decently so far, but needs to do more, especially in the power department.  He’s played a lot in center.

Gorski was a toolsy second round pick with speed and power who needed some swing adjustments.  The Pirates think a wrist injury may have hampered him in his debut and are optimistic about him.  He’s probably the most natural center fielder in this group apart from Sanchez.  Fraizer had an even rougher debut than Gorski, struggling to make contact and showing no power at all.  He was coming off a hamate injury, so that may have played a role.

Sanchez’ prospect star is fading.  He’s very fast and a good center fielder, but has a pull-heavy approach at the plate that scouts really dislike and that produces extremely low exit velocities.  Even with the lost season, though, he just turned 22.

A big part of the Pirates’ future is in this group, or at least it better be.  It’s not just those first six guys, either.  Many of the others have shown the potential to reach the majors.

The Pirates will have to do some juggling to get everybody enough work, even considering that they missed out on a season.  They could go with a six man rotation, but a lot of these pitchers profile as potential starters.

The biggest names, of course, are Priester and Thomas.  Priester drew comments like “best pitcher in fall instructionals,” where his velocity bumped up to the mid- and upper-90s.  He’s making a big jump from the GCL to high A.  Thomas hasn’t been pitching very long, but often hits triple digits.  He made huge strides with his control in 2019 and now needs to improve his secondary stuff.

Burrows and Ashcraft could make nearly as much noise.  They both scuffled some at West Virginia in 2019, especially Ashcraft.  He was hampered, though, by non-pitching shoulder problems that he’d had for a long time.  He had successful surgery and could be a breakout candidate.  Burrows may have been hampered by the previous regime’s “moar sinkerz” fixation; his stuff has stepped up since he was drafted and he could be more effective throwing high fastballs.  Eric Longenhagen calls him a “spin rate monster.”

Mlodzinski and Cruz will be making their pro and Pirates debuts, respectively.  Mlodzinski was a supplemental first round selection last year.  He hasn’t been pitching very long and has shown upper-90s velocity, but not consistently.  Some people rated him a little higher in the draft than the Pirates got him, so there definitely are scouts who see a high ceiling.  Cruz, a lefty, came in the Joe Musgrove trade.  He has average-ish velocity, a good change and good command, and probably needs a third pitch.

Selby and Kobos were late-round draftees in 2018.  Selby’s stuff ticked up in 2019 and he had a strong season in low A, with a 2.97 ERA.  Kobos took a sudden leap forward in seven, late-season starts after a promotion to low A in 2019.  He threw five no-hit innings in one start and four in another.  On a typical class A team, both Selby and Kobos would be in the rotation.

Ford and Roberts were second-day draftees out of college in 2018; both pitched well at West Virginia.  Roberts has a good change and reportedly saw his velocity jump in fall instructionals.  Ford, a fifth-round pick, was a reliever in college but mostly a starter in his debut season.  They’re two more pitchers who’d probably be starting on many minor league teams.

Manasa and Melendez have been around a while.  Manasa was a junior college draftee and has moved up slowly; he’s now Rule 5 eligible.  He had a good season as a starter in low A in 2019, but he may not have a lot of upside.  The Pirates acquired Melendez in a prearranged deal with the Padres, who in turn selected him in the minor league phase of the Rule 5 draft.  He pitched well in low A in 2019, although his ERA was bad due to a fluky-low strand rate.  He fanned nearly 15 batters per nine innings, although he also had control problems.  Melendez probably will be strictly a reliever.

Leonard gets into the mid-90s and has a good slider.  He pitched in short relief for West Virginia after he was drafted in 2019 and got hit around some.

Bellomy was a late-round draftee in 2019 who pitched very well in relief for Bristol and just OK as a starter after a promotion to West Virginia.  He could be an organizational pitcher.

Garcia was a finesse righty as a starter originally, but his velocity bumped up to 95 when he moved to relief.  He pitched only briefly at three different levels in 2019, so it’s hard to come to any conclusions, but he could be worth watching.

McGough is a left-handed reliever who was drafted in the 24th round in 2019.  He dominated at Bristol and was erratic after a promotion to West Virginia.  There would have been a lot of competition for the last few bullpen spots at Greensboro this year, so the Pirates probably thought well of McGough.