As I’m sure you’ve all figured out, this is easily the least interesting of the Pirates’ full-season affiliate rosters.  Other than relievers, Indy will have only a couple of prospects with meaningful upside.  Most of the roster is made up of veteran depth guys and struggling prospects trying to get back on track.

Just a note to start — No news here, but a reminder about the players you won’t see on any roster, and why:

Susac and Hudson are veteran depth.  Both have had brief spells when they’ve hit some, but mostly not.  Delay is a glove-only Huntington catcher.  If Jacob Stallings gets hurt . . . 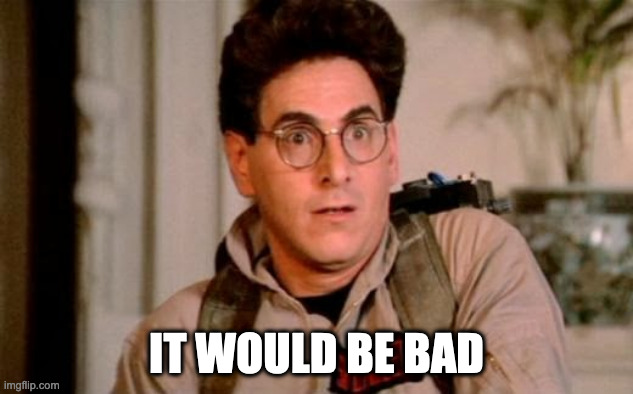 Several familiar stories here.  Tucker needs to start hitting or his window for becoming the Pirates’ shortstop will close, if it hasn’t already.  He’s missing a great chance now, with Kevin Newman stuck in 2020 and Erik Gonzalez stuck being Erik Gonzalez.  (Jason Mackey the other day pondered why the Pirates didn’t address their outfield problem by moving Tucker back there, which may be the worst idea in the history of human thought.)

Craig and Kramer are old stories, too.  Craig just hasn’t hit enough, which is unfortunate because he’s pretty good defensively at first.  Kramer took a big step backward in 2019, missed all of 2020 and had an awful spring.  The Pirates further reduced his value by playing him in the outfield a lot, although at least that’s likely to be too crowded at Indy.

Owen hit for good power in AA, but he sells out too much and the approach didn’t work in AAA in 2019.  He moved from third to the outfield in AAA, but with the crowd there he’s likely to play third and maybe some at first.  He’s 27 now.

Like some of the players at Altoona, Busby and Kaiser are getting thrown in the deep end.  Busby is skipping AA after leading the Florida State League in home runs in 2019.  He has a lot of power, but his approach is pretty much all or nothing.  He can disappear from the offense for long periods of time.  He’s a third baseman, but has played a little at first.  Kaiser is skipping two levels.  He’s a solid or better defensive shortstop, but other than drawing some walks he was overmatched at the plate in low A.  It’s possible the injuries to Glendinning and Alemais forced the Pirates to try Busby and Kaiser at this level.  Kaiser is also the only player on the roster besides Tucker who has any business at short. 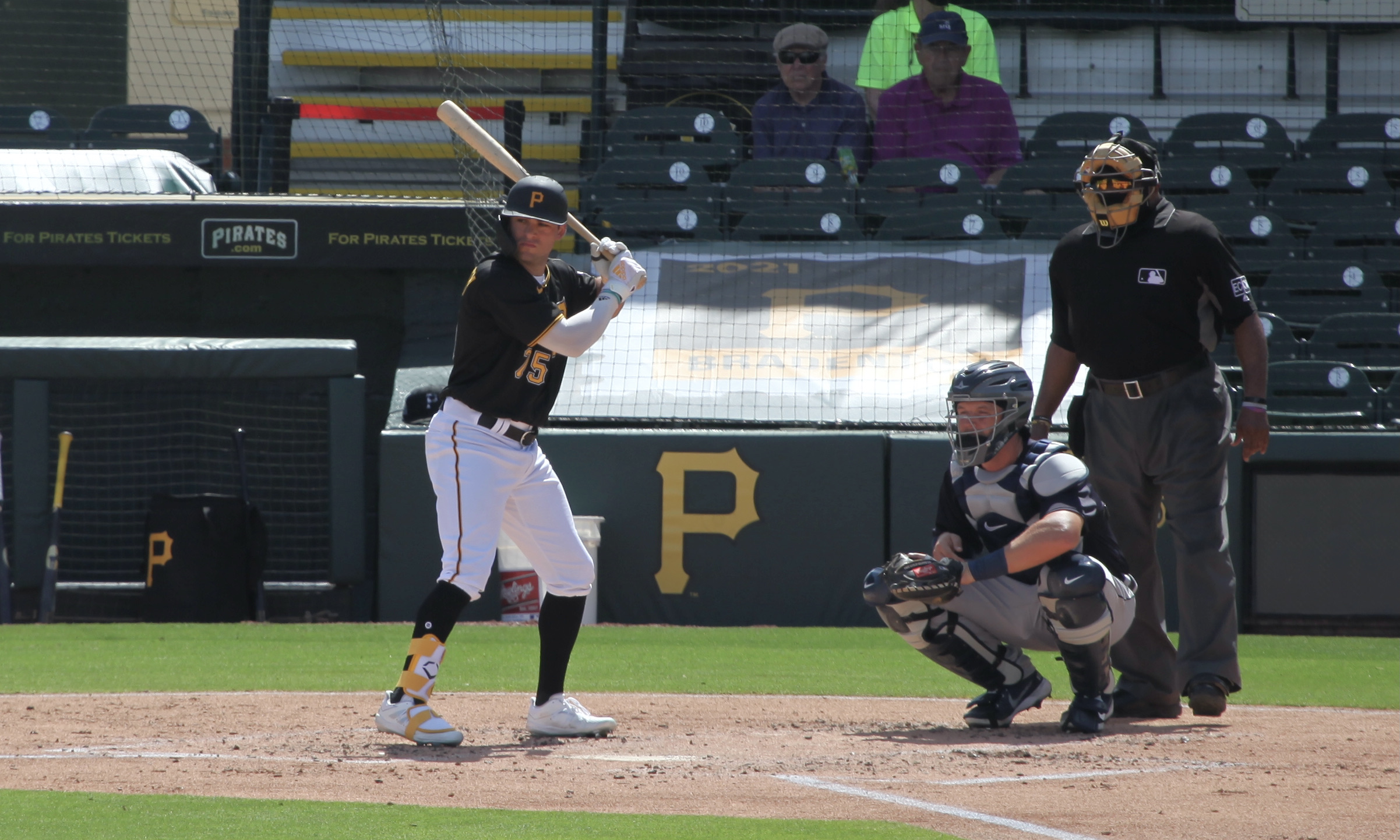 With Tucker no longer qualifying as a prospect, Swaggerty will be the lone serious one in the lineup.  He’s a major league defender in center now and has a strong arm.  He was unusual as a draftee from a major college in being a project as a hitter.  He hasn’t broken out yet and it’s not even clear whether he profiles as a power hitter or a leadoff type.  He’s skipping AA.

Alford and Fowler may seem familiar.  If you check the data, you’ll find that the problem for both of them wasn’t chasing too many pitches out of the zone.  In fact, Alford took way too many pitches.  The problem was that they whiffed far too often on pitches in the zone.  So the Pirates’ task with both won’t just be instilling better plate discipline.

The other two are interesting, at least.  Stokes hits for power, which is always fun to see after years of the old front office avoiding power like the plague.  He had a rough time, though, in his one exposure to AAA.  Sharpe rode a hot six weeks or so in high A to a mid-season promotion in 2019.  He had a lot of trouble making contact at Altoona, but did hit 11 home runs there in half a season.  He can play center at least occasionally.  Sharpe will turn 25 in June

Like the AA staff, this one breaks down pretty clearly into starters and relievers.  In fact, it kind-of has to, because the Pirates need to have starting depth, like any team.

The marquee starter here obviously is Yajure.  He even started a game for the Pirates this year and pitched three times in relief for the Yankees last year.  Hopefully he gets off to a good start, because breaking into the Pirates’ rotation doesn’t look like much of a challenge.  It’d be nice if he forced the issue.

The other starters will probably be Ponce, Marvel, De Jong and . . . somebody.  The Pirates seem very interested in Ponce as a starter, even though he was much better as a reliever with Milwaukee.  (It should be noted that the Brewers have improved a lot at developing pitching, so they may have known what they were doing.)  He had a 3.18 ERA and 5.67 xFIP last year in 17 innings with the Pirates, and gave up five longballs.

Marvel was designated for assignment after getting hammered in the majors in 2019, then he missed 2020 with a forearm strain.  He’s a finesse righty.  So is DeJong, but he seemingly reinvented himself in independent ball and started missing a lot more bats.  He had a very good spring and seems a realistic option for a callup.

Most of the other pitchers on the staff are strictly relievers.  By default, the most likely starters are Vieaux and Sulser, although the Pirates could conceivably go with a lot of bullpen games.  Vieaux is a finesse lefty who pitched well in AA but struggled in AAA in 2019.  He’s 27 now and has pitched only as a starter so far.  Sulser will be 27 in two days.  He’s a righty who doesn’t throw hard and has a good change.  He pitched well in a swing role in AA in 2019.

Even without Cederlind, the bullpen has actual relief prospects, something we seldom saw under the previous regime.  The top ones are Mears, Ogle and Hartlieb.  Mears signed as an undrafted free agent and misses a lot of bats.  His control, though, has to get better.  Ogle is a power lefty who’s been held back by injuries.  Hartlieb spent most of last season with the Pirates.  He’s a sinker/slider guy who’s very hard for hitters to elevate the ball against, but he also has to improve his control.

Two other potential prospects, Blake Weiman and Joe Jacques, are both lefties.  Weiman has a starter’s repertoire but has pitched strictly in relief as he had stamina issues as a starter in college.  He’s advanced quickly and gotten good results in the minors, but I’ve been unsure how the Pirates view him because they didn’t send him to the alternate site in 2020.  He also went unselected in the Rule 5 draft.  Jacques is a lefty submariner who had something of a breakout season in 2019.  He’s skipping AA (not counting one inning), so I’m guessing the Pirates see some major league potential.

Several of the relievers — Wright, Gustave and the lefty Shreve — have had major league success.  Gustave had a good season with the Giants in 2016, but has struggled since then to return from Tommy John surgery.  Wright, a knuckleballer, has spent parts of seven seasons in the majors and made the All-Star team as a starter in 2016.  He was derailed by injuries after that and will be making his return from Tommy John.  Shreve has appeared in 235 major league games with solid results overall, but lost out to Sam Howard in spring training.

Of the remainder, Keller is probably the most interesting.  The Pirates acquired him after the Angels designated him for assignment.  He missed a lot of bats in the minors, but hasn’t gotten much chance yet in the majors even though he’s 28.

Bashlor throws hard but has had significant longball problems in the majors.  He cleared waivers when the Pirates dfa’d him at the beginning of the season.

Eckelman, who’s 27, has settled in as an organizational pitcher who’s been used in a variety of relief roles.  He’s pitched only very briefly in AAA so far.

Spitzbarth is an odd case.  He’s a 6’1″ righty who wasn’t drafted out of college and throws only in the low-90s.  Yet he’s had K/9 figures that have almost always been well into double figures, possibly due to a good change.  He’s gotten hammered in AAA.  The Pirates acquired him from the Dodgers in the minor league phase of the Rule 5 draft.