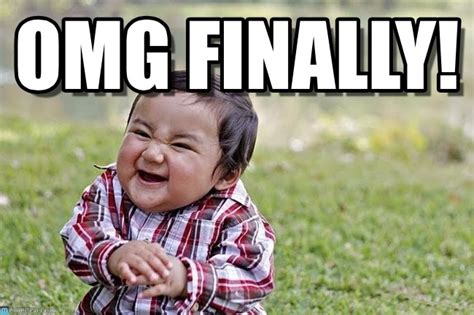 The time is finally upon us — In a matter of days, we’ll have minor league baseball.

The disruption of minor league ball has been especially unkind to Pirate fans.  The team has finally gotten a front office that’s determined to find and develop impact talent, but we haven’t as yet been able to see the fruits of those labors.  Only now does it feel like Ben Cherington’s tenure is getting under way.

We may be getting minor league ball back, but we’re in totally uncharted territory in a lot of ways.  The Pirates have lost two affiliates and they have a new front office that may or may not follow assignment and promotion practices similar to those of the old front office.  And we’ve lost a season.  We don’t know what impact that’ll have.  Cherington has stated, though, that the team will look at individual players to see how they’ve progressed during the down time.  We’re already seeing examples that show the team won’t hesitate to promote aggressively or hold players back, depending on what they see.

Here’s something new — Saying you saw a catching prospect on a Pirate farm team will no longer be like saying you saw Bigfoot.  In fact, if Wilson takes a step forward, there may even be two.

Rodriguez and Wilson (whose father, Dan, had a long major league career behind the plate) are both athletic backstops.  Rodriguez, of course, came from the Mets in the three-way Joe Musgrove trade.  He has an advanced, line-drive bat and a good arm.  He’ll be moving up from the GCL.  Wilson was a college draftee; he hasn’t broken out but still has some projection, including some power potential.

Rodriguez will be 21 in late May and Wilson will be 23 in July, but considering that everybody missed a year it’s hard to know what to make of that.  Wilson should get a decent amount of playing time even if the Pirates regard Rodriguez as the starter.  Goforth has some power potential, but it’s hard to see how he’d get a lot of playing time barring injury.

The interesting element here is having three guys — Mojica, Escotto and Lopez — making the jump from the Dominican Summer League to full season ball.  Escotto, of course, came from the Yankees in the Jameson Taillon trade.  All three showed excellent bats in the DSL two years ago, a lot of it in the case of Mojica and Escotto.  Some scouts have concerns about projectability, due to Mojica’s conditioning and the possibility that Escotto just matured faster than other players his age.  The Pirates will probably experiment with positions.  Two years ago, Mojica played third, Escotto mostly second and Lopez mostly short.  It’s unlikely that any of that is written in stone.  For one thing, Mojica may need to move to first.

I included Bowen with the infielders because there was more room than in the outfield.  Bowen started off after the draft as an outfielder, but moved to second during his debut season.  The Pirates may try him at short as well.  He came from a northern high school, in Toledo, and was a bit raw at the plate in the GCL.  The fact that the Pirates will move him up to low A is a hopeful sign.

The other two likely profile as backups.  Marcos is a good defensive shortstop who’s had trouble making contact at the plate, although he has some power potential.  The Pirates picked Finiol up in the minor league phase of the Rule 5 draft.  He figures to be an organizational utility infielder.

The first four players here all have breakout potential and all are potential center fielders.  Three were prep draftees.  Head was the headliner in the Musgrove trade.  He’s a high-risk, high-reward prospect.  Scouts thought when he was drafted out of high school that he might need some work on his swing, but he had a good debut in rookie ball.  Siani has a strong hit tool, although he had just an OK GCL debut.  The power potential is uncertain and his speed is more good that great, so there’s some risk he could end up as a tweener.  Dixon has outstanding speed and athleticism.  He was thought to need work on his swing, but he had a good (albeit brief) GCL debut, with a 10:11 BB:K and .329 BA.

Campana is another player making the jump from the DSL.  He was hurt at the start of the DSL season two years ago and got off to a slow start that held down his numbers, but he still had a good year.  FanGraphs gives his speed an 80 and says he showed improved power in fall instructionals.

The 6’7″ Matthiessen was one of four college outfielders the Pirates drafted in the first seven rounds two years ago.  The other three apparently are headed to Greensboro, which probably tells you something.  Matthiessen may play more at first than in the outfield.

I can’t really break this down between starters and relievers.  For one thing, most of these guys are largely unproven as pros.  The pitching staff in low A typically involves a lot of sorting out.  For another, last year was a washout, so we have no idea what to expect about workloads.  The Pirates may just look to get 3-4 innings at a time from most of the pitchers.

What I can do is divide the pitchers between ones who clearly are prospects and ones who have some talent but need to step up.  There are almost no organizational guys in here, which is a big change from the recent past.

The definite prospects are the first five.  Malone is the big one, a supplemental first round pick who came in the Starling Marte trade.  He has the stuff to give him a high ceiling and, like most prep draftees, needs to work on command.  It’ll be good finally to get to see him.

Arguably the other two most interesting pitchers are Garcia and Yean.  Garcia is something of a wild card as he came out of Division III.  In fact, when the Pirates selected him in the third round, he became the second highest-drafted Division III player ever.  He shot up draft boards a year ago due to a sometimes-upper-90s fastball and potentially plus slider and cutter.  Yean, of course, was the primary return for Josh Bell.  He has a mid-90s fastball with some projection, and a slider and change with potential.  He’ll be Rule 5 eligible after this season.

Flowers and Florez both are still projects.  Flowers was a fourth-round pick out of college and is still a bit inexperienced.  He’s very athletic — he also played center in college — and needs more consistency and better command.  Florez is a big guy with good velocity, but his command and secondary stuff need work.

Of the other pitchers, the ones with arguably the highest ceilings may be Florencio, Mateo and Estalin Ortiz.  Florencio signed late, at age 20, and held his own in his debut at Bristol, which is a high level for a pro debut.  He has good velocity and, at 6’8″, a lot of projectability.  Mateo is strictly a relief prospect who can hit triple digits and is very wild.  He got hurt last year, so he’s thrown only a third of an inning above the DSL.  This is a very ambitious assignment for him, so the Pirates must feel he’s gotten closer to locating the plate.  Ortiz is a 6’4″ lefty with mid-90s velocity.  He struggled in the GCL as a starter two years ago, mostly due to poor control.  The Pirates must think he’s also made progress with his control.

I’ll go through the others one at a time:

Hofmann is a 5’10” righty whom the Pirates took in round 5 a year ago.  He seems to have been drafted primarily as a straight  money-saving move, as the Pirates signed him well under slot and didn’t spend the money elsewhere.

Gonzalez went from the DSL to the now-extinct New York-Penn League in one season two years ago, and pitched well throughout.  He’s a 6’0″ righty with low-90s velocity and a good curve, so the projection is uncertain.

Luis Ortiz, like Florencio, signed at age 20 and went straight to Bristol.  He was the team’s best pitcher until he slumped late in the season.  He can reach 95 and has a good change.

The Pirates got Aquino in the minor league phase of the Rule 5 draft in 2019.  He’s a converted shortstop who hasn’t pitched much yet and who’ll be 25 in July.  He reportedly can reach the mid-90s.

Jennings was the Pirates’ second-round draft pick in 2017.  His stuff hasn’t developed and he struggled in low A two years ago.  The fact that he’s back there obviously doesn’t bode well.

Maldonado was another of the Bristol starters in 2019.  Like most of the others, he just held his own there but has some potential.  He reaches the mid-90s with a breaking ball as his best pitch.

The Pirates needed two years to get Montout officially signed due to problems documenting his identity.  He pitched well in the DSL two years ago and the team evidently wants to move him along.  He’s 6’5″ with good velocity, making him probably one of the better wild cards on this staff.

Roman is a 5’9″ lefty — the only lefty here except Estalin Ortiz — who has low-90s velocity.  He’s missed a lot of bats in his two seasons with the Pirates, often pitching in long relief.

Dueling Proposals: Where Each Side Stands Mid-Lockout