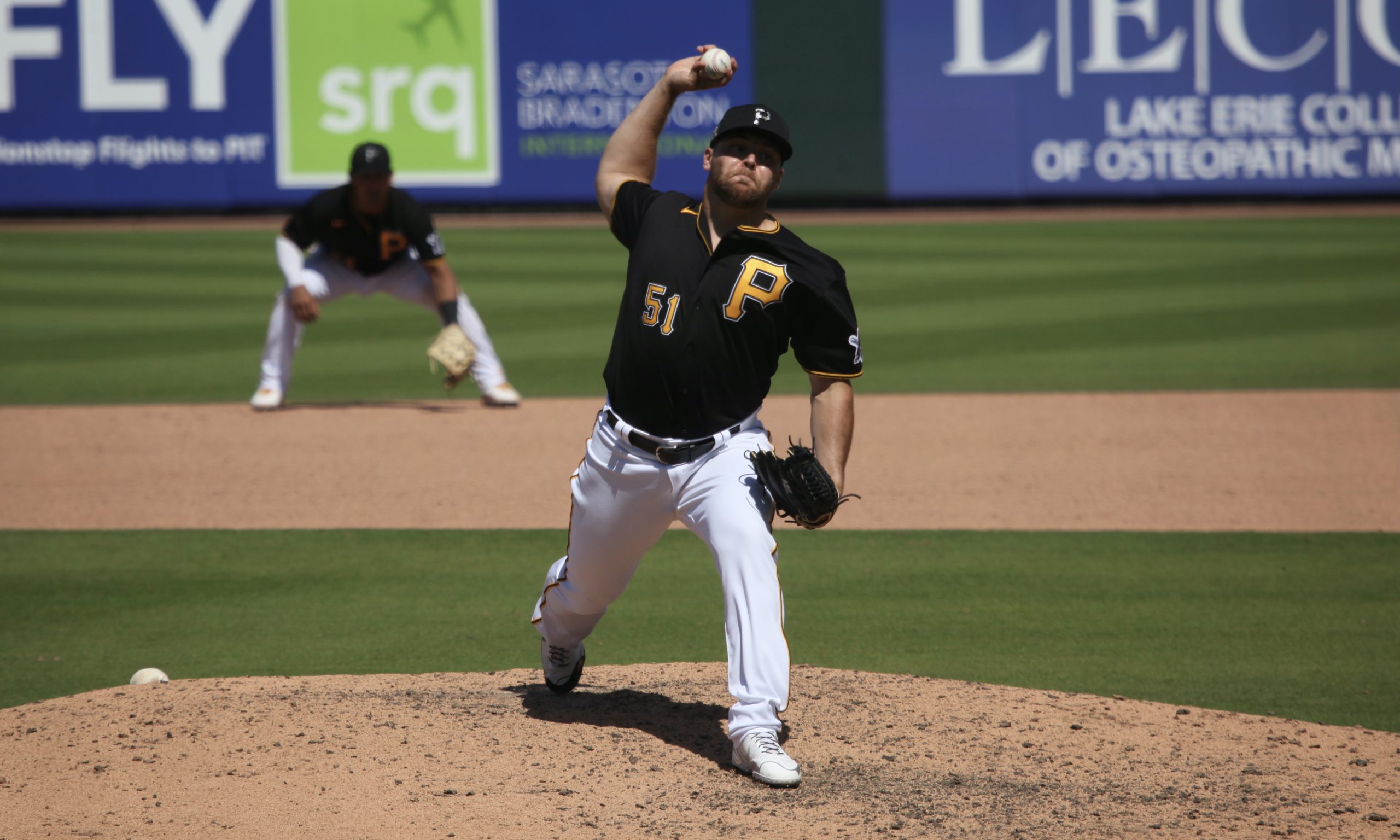 The progress the Pirates have shown this season took a day off as they fell to St. Louis, 7-3.  The loss cost them a winning April; they’re now 12-13.

The Pirates faced a string of Cardinal pitchers who struggled to find the plate.  The hitters drew nine walks and could have had more, but they increasingly chased pitches out of the zone.  The result was a lot of ground outs and only four hits, all singles.  The #2 through 6 hitters drew four walks, but went 0-for-17.

Ka’ai Tom made his first start, drawing three walks and striking out once.  He played badly in the outfield, though, and didn’t get the memo about how the Pirates aren’t the TOOTBLAN champs any more.

St. Louis starter John Gant walked five and took 99 pitches to get through five innings.  The only damage came on a two-out, RBI single by Kevin Newman in the fourth.

The Cards’ bullpen, in the form of Tyler Webb and Kodi Whitley, did their best to give away the game in the sixth.  They walked three, and Whitley let in runs on a balk and a wild pitch.  The two threw only 16 of 35 pitches for strikes in the inning, but two runs was all the Pirates got.

Genesis Cabrera was so wild a couple days ago that the Phillies apparently felt bad for him even though he hit two of their guys.  Against the Pirates, though, he got through two scoreless innings without even walking anybody despite throwing very few pitches in the strike zone.

J.T. Brubaker had just an OK start.  He gave up three runs over five innings, two on RBI doubles by Nolan Arenado and one on a home run by Tyler O’Neill.  Brubaker walked none and fanned seven, so if this is what a weak start looks like for him, that’s a good thing.

Duane Underwood, Jr., unfortunately blew the game up by allowing a three-run bomb to .116-hitting Matt Carpenter in the sixth.  David Bednar did better, allowing just one hit in two scoreless innings.  He threw 17 of 20 pitches for strikes and fanned three.  Clay Holmes pitched the top of the ninth and hit the first two batters he saw, which hopefully won’t lead to any foolishness tomorrow.  He nearly got out of trouble with a double play ball, but an error on Adam Frazier let in a run.