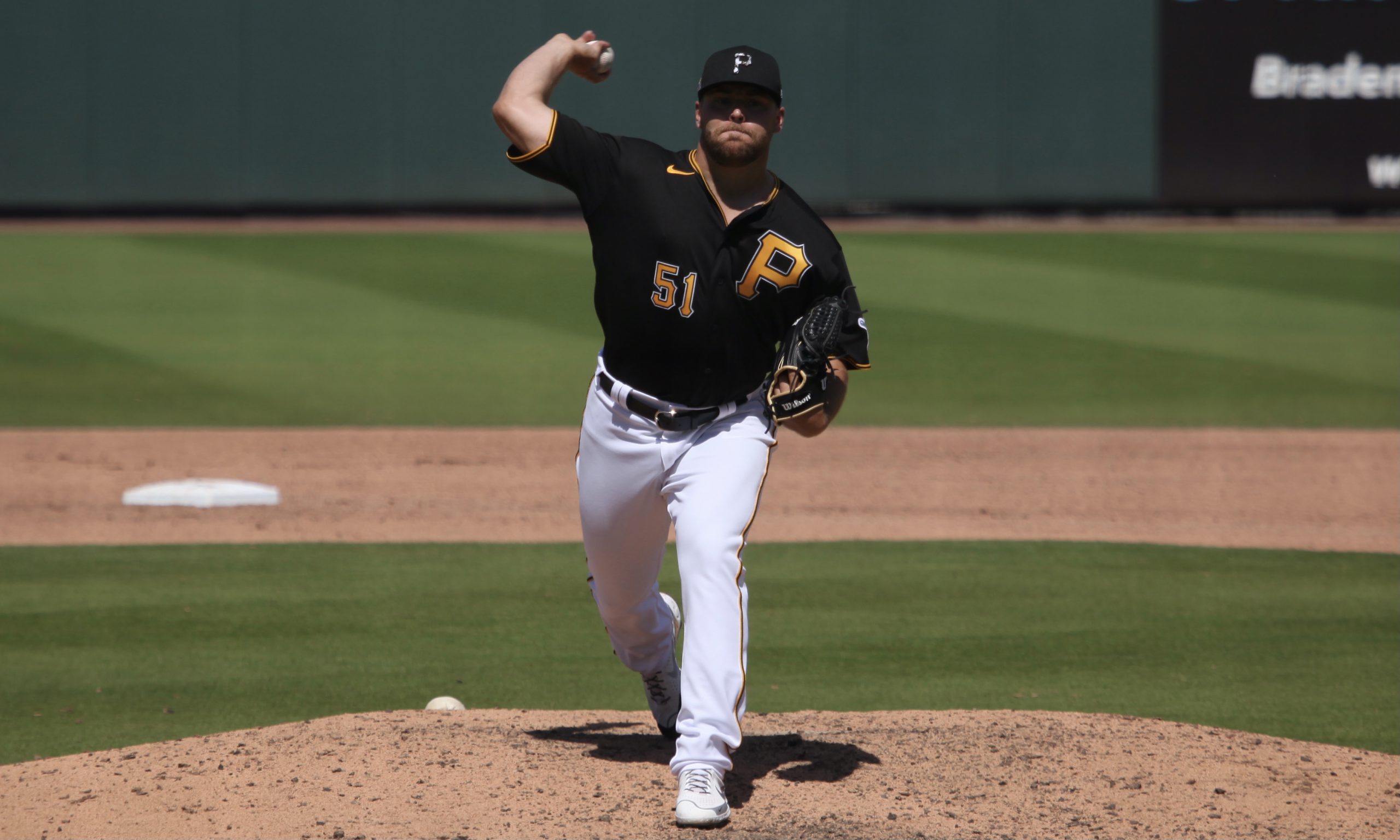 Last Thursday morning we had an article looking at the prospect status updates for players who have seen action with the Pittsburgh Pirates this season. Six days from now we will have nightly Prospect Watch articles again for the first time since September of 2019. While we eagerly await those daily articles, here’s an update on the last week for all of the MLB players who still qualify for our next Prospect Guide. You can still get the current prospect guide ahead of the upcoming minor league season, either the physical copy which is in hand now and ready to mail, or the download version, which comes in the “pay what you want” option and goes directly towards helping the site.

So far we have seen two players lose their prospect status (any player with no more than 130 MLB at-bats, 30 games pitched or 50 innings) this season, JT Brubaker and Phillip Evans. That still leaves another nine players who still qualify for the book. I’m listing them here alphabetically:

Anthony Alford – He was in DFA limbo this time last week and cleared waivers, so he will try to work his way back through the minor league route.

David Bednar –  The Pirates used Bednar (pictured up top) just once in the last week and he threw a shutout inning with two strikeouts. He has allowed two runs on five hits, three walks and eight strikeouts in 7.2 innings this season. He’s the closest to losing his prospect status, now with 27 big league appearances over three seasons.

Rodolfo Castro – He just reached the majors as a convenient fill-in last week when Alford was DFA’d and Castro was with the taxi squad. He started one game last Wednesday and stayed around through Sunday, but did not play again. Castro was sent back to the alternate training site on Monday.

Wil Crowe – He got a spot start on Sunday and did well, allowing one run in four innings. Before that his only appearance was back on April 3rd in relief. He’s not on the schedule to pitch again, but he’s still on the active roster, so we could see him make another start. He’s going to have prospect status for a while, unless he becomes a regular in the rotation. He has thrown 13 big league innings.

Ke’Bryan Hayes – Last week it looked like he was about to return from his wrist injury, but he had a setback. The report the media received yesterday was encouraging, so maybe we see him soon…

Luis Oviedo – Oviedo hasn’t pitched since April 15th because the Pirates have been winning games. The Pirates need to keep him on the active roster due to Rule 5 status, but he’s prime for a phantom injury that requires a rehab stint some time after the minor league season starts.

Sean Poppen – Poppen pitched last night for the first time since April 17th and gave up two runs over 1.2 innings. He has 12 career appearances and 19.2 innings, so he will still be prospect guide eligible for some time.

Ka’ai Tom – The Rule 5 waiver pickup from the Oakland A’s made his Pirates debut last night and walked, which is nice, but does nothing for his prospect status. He will be here for a while, even if we don’t have a prospect spot for him (meaning possible top 50) because he joined the team too late for the guide. He should still be eligible though (assuming he sticks around) when we do our mid-season re-rank. He has just 16 big league at-bats.

Miguel Yajure – He made a spot start last Wednesday as the extra man during a doubleheader and looked good until things went a little south at the end. He was sent back to the alternate training site after the game.