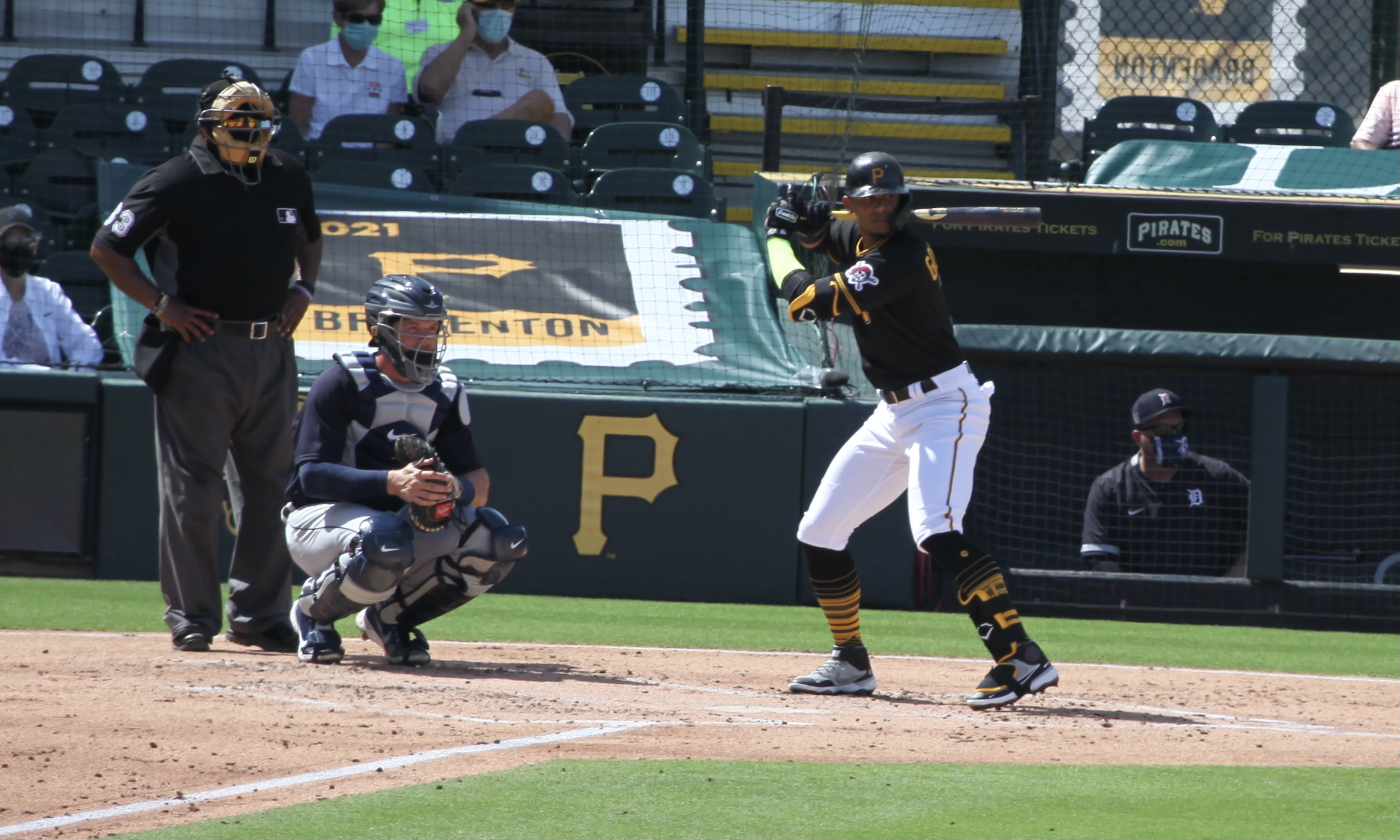 The Pirates battled, but they couldn’t overcome another disastrous start from Mitch Keller and a series of baffling moves and non-moves by their manager.  They ended up with a 9-6 loss and a split of their two-game series with Kansas City.

It’s not easy to say which was more frustrating, Keller’s pitching or Derek Shelton’s managing.  From the start, Keller was plainly in “Which way is home?” mode.  He repeatedly fell behind and went to three ball counts.  A walk and a two-out double produced one run.  Then came another walk, putting Keller at 36 pitches.  But Shelton left him in to give up a two-run triple to Hunter Dozier on his 40th pitch.  And Shelton still left him in to throw another seven pitches getting the third out.

And in the second, Keller was back on the mound.  He managed to get the #8 hitter and the pitcher before walking anybody, then got out of the inning on a line drive.  In the third, though, a double and a walk put two on with one out.  So of course Shelton still left him in and he walked another.  Finally, Shelton went to the bullpen, naturally putting in a pitcher with the bases loaded who hadn’t pitched in 17 days.  Sean Poppen walked in a run, but Erik Gonzalez made a great grab at third and started a double play to end the inning.

Keller’s final line was as bad as you’d think.  He faced 15 hitters and walked a third of them.  A day after the bullpen got nine outs on 30 pitches, Keller got seven on 83.  It’s impossible to see the purpose of this clown show; it’s clearly not to win games and it’s clearly not helping anything from a development standpoint.

Poppen wasn’t a big improvement.  In the fourth, he gave up four straight singles to put the Royals up, 6-0.  Wilmer Difo didn’t help, as if we needed still more evidence that the Pirates’ obsession with playing infielders in the outfield is not good.  Difo misjudged a catchable liner from Salvador Perez.

Every time it starts to look like 2020 again, these Pirates don’t go along.  In the fourth, they cut the deficit in half with another unlikely set of back-to-back home runs.  Erik Gonzalez and Jacob Stallings aren’t as unlikely a pair as Michael Perez and Kevin Newman, but they’re not far off.  Gonzalez’ blast, which went 450 feet to left, followed a walk to Todd Frazier.  It was his second home run of the year and Stallings’ was his first.

The Bucs made it 6-5 in the fifth, as Todd Frazier got his first Pirate hit, a two-run double.  They later left the bases loaded.

Unfortunately, Shelton struck again in the top of the sixth.  Chris Stratton had a quick fifth inning and Shelton sent him back out.  A single, an Adam Frazier error and a double brought in a run.  With second and third, one out and the left-handed Andrew Benintendi up, it was an obvious spot for Sam Howard.  Shelton, though, apparently mistook the Pirates’ off-day tomorrow for a triple-header and left Stratton in.  Benindtendi doubled to make it 9-5.

The Pirates couldn’t come back from that.  They got two strong innings from Clay Holmes; he gave up two hits but fanned four, including the last three he faced.  They also got a walk from Ka’ai Tom in his first Pirate at-bat.

In the eighth, the Bucs cut the gap to 9-6 on a double by Adam Frazier and a single by Phillip Evans.  Shelton used Kyle Crick in the top of the ninth to protect the three-run deficit, which he did.  The Pirates went down quickly in the ninth.