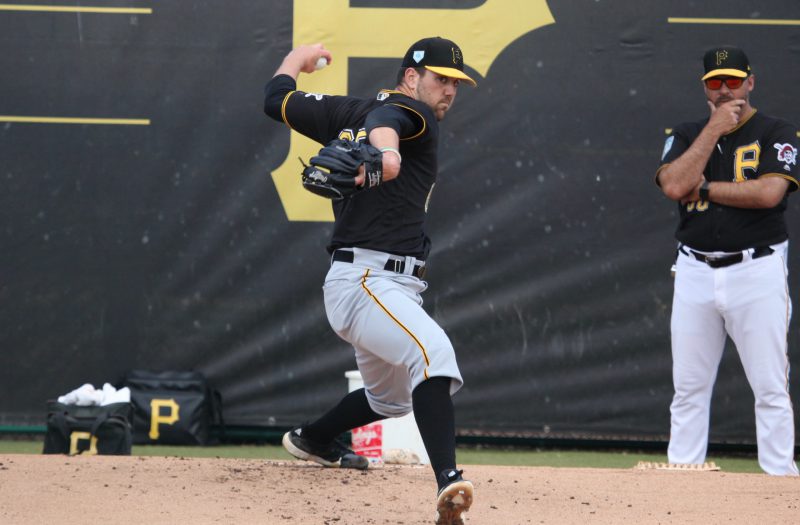 The Pittsburgh Pirates made six cuts yesterday ahead of setting the Opening Day rosters for the four full-season minor league affiliates, who kick off their season a week from today. The released players are pitchers Michael Flynn, Samson Abernathy, Zach Spears and Winston Nicacio, along with catcher Zac Susi and infielder Zack Kone.

Michael Flynn was a sixth round pick in 2018, who battled through injuries in his first two seasons. He was able to pitch just 21 innings in pro ball.

Zach Spears (pictured) was an eighth round pick in 2018 and he too battled injuries, which limited him to 43 innings in pro ball, all coming in 2018.

Winston Nicacio came to the Pirates as a minor league Rule 5 pick in 2018. He split the 2019 season between Morgantown and Greensboro, putting up a 2.80 ERA in 61 innings. He had previous Low-A experience before coming to the Pirates and he turned 24 years old over the winter.

Samson Abernathy pitched for Bristol after being drafted in the 27th round in 2019. He had a 2.52 ERA in 25 innings with 33 strikeouts. He just turned 25 years old.

UPDATE: A seventh name was originally omitted. Right-handed pitcher Jesus Valles has also been released. He pitched well in the DSL in 2018, then skipped to Morgantown in 2019, but he saw his velocity drop that second season from an already average at best fastball.