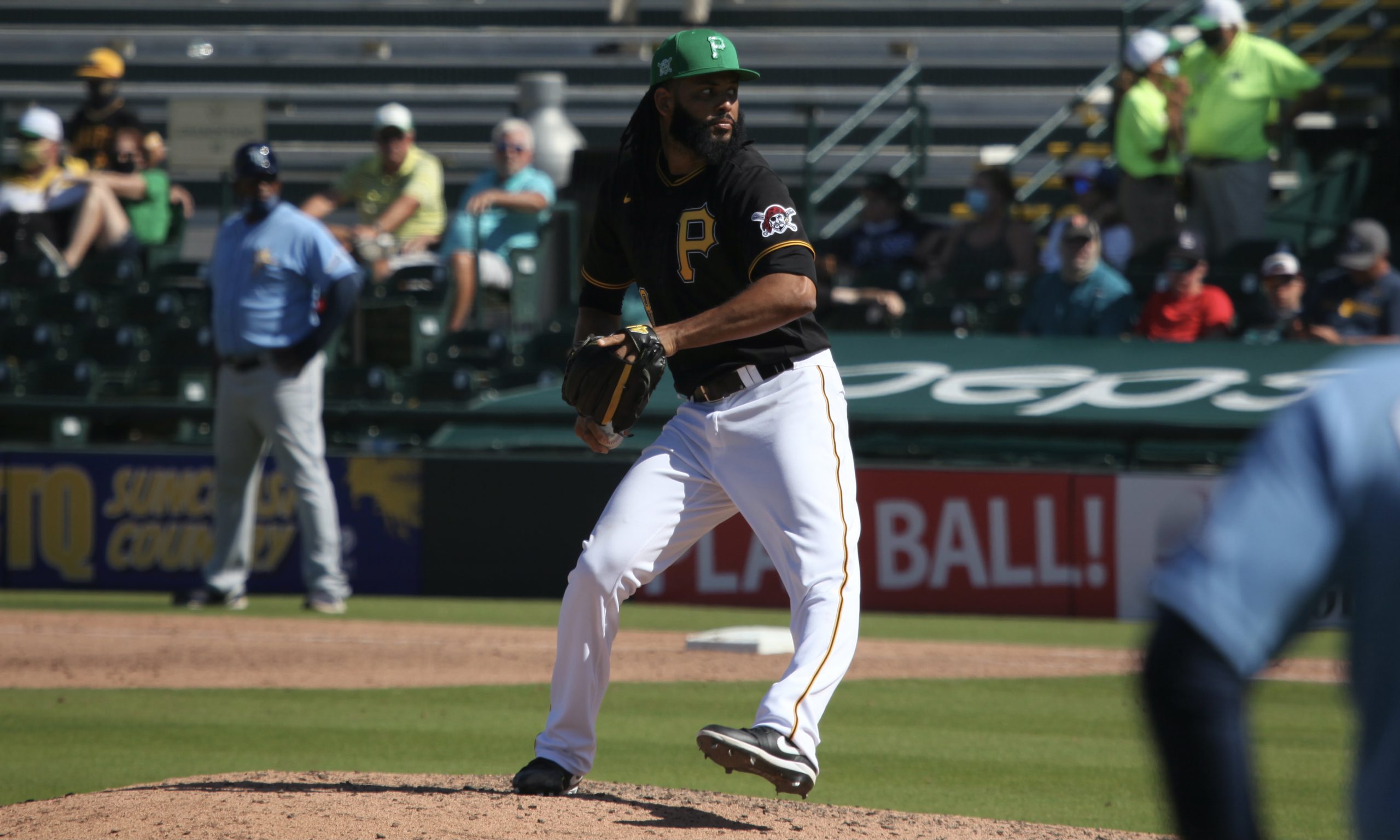 You probably don’t want to end up in a bullpen game against the Pirates right now.

After winning three straight road series, the last two against struggling teams, the Pirates came home to face the team with MLB’s best record, the . . . Kansas City Royals?  Whoever it was, the result was familiar:  The Pirates got a strong start from Tyler Anderson, a string of good relief appearances, and a couple balls hit in the right place at the right time.  It all gave them a 2-1 win.

Anderson went six innings.  As usual, he wasn’t efficient enough to go deep into the game, but he allowed just three hits and two walks on 90 pitches.

The only KC run came in the third, on a two-out single by Carlos Santana following a walk and a sacrifice.  Erik Gonzalez made a great play well into foul ground on Santana’s grounder, but his throw was just late.  That was the only time in Anderson’s outing, in fact the only time in the game, the Royals got a runner past first.

Santana’s hit tied the score.  The Pirates had scored in the first when Bryan Reynolds drew a two-out walk, took second on a wild pitch and scored when Colin Moran, who had three hits in the game, looped a single to center.

The Pirates didn’t have much success against veteran right-handed junkballer Jakob Junis.  In six and a third innings, he gave up six singles and fanned nine.

In the seventh, though, enough things fell in the right spots for a tie-breaking run.  After Jacob Stallings singled and Gregory Polanco struck out, Kevin Newman singled off the shortstop’s glove, which let Stallings lumber around to third.  Pinch hitter Wilmer Difo hit a popup where they weren’t, into shallow left-center.  Stallings scored from third and it was 2-1.

The Pirates used Duane Underwood, Jr., Sam Howard and Richard Rodriguez for an inning each.  The three of them needed 30 pitches total and allowed just an infield hit, which came off Howard.  Underwood got the win, his first Pirate decision, and Rodriguez got his fourth save.  He’s now had 21 consecutive scoreless outings.

The Pirates again played errorless ball.  After committing eight errors in their first six games, they’ve had four in their last 17.  And they got a nice sliding catch from Reynolds.