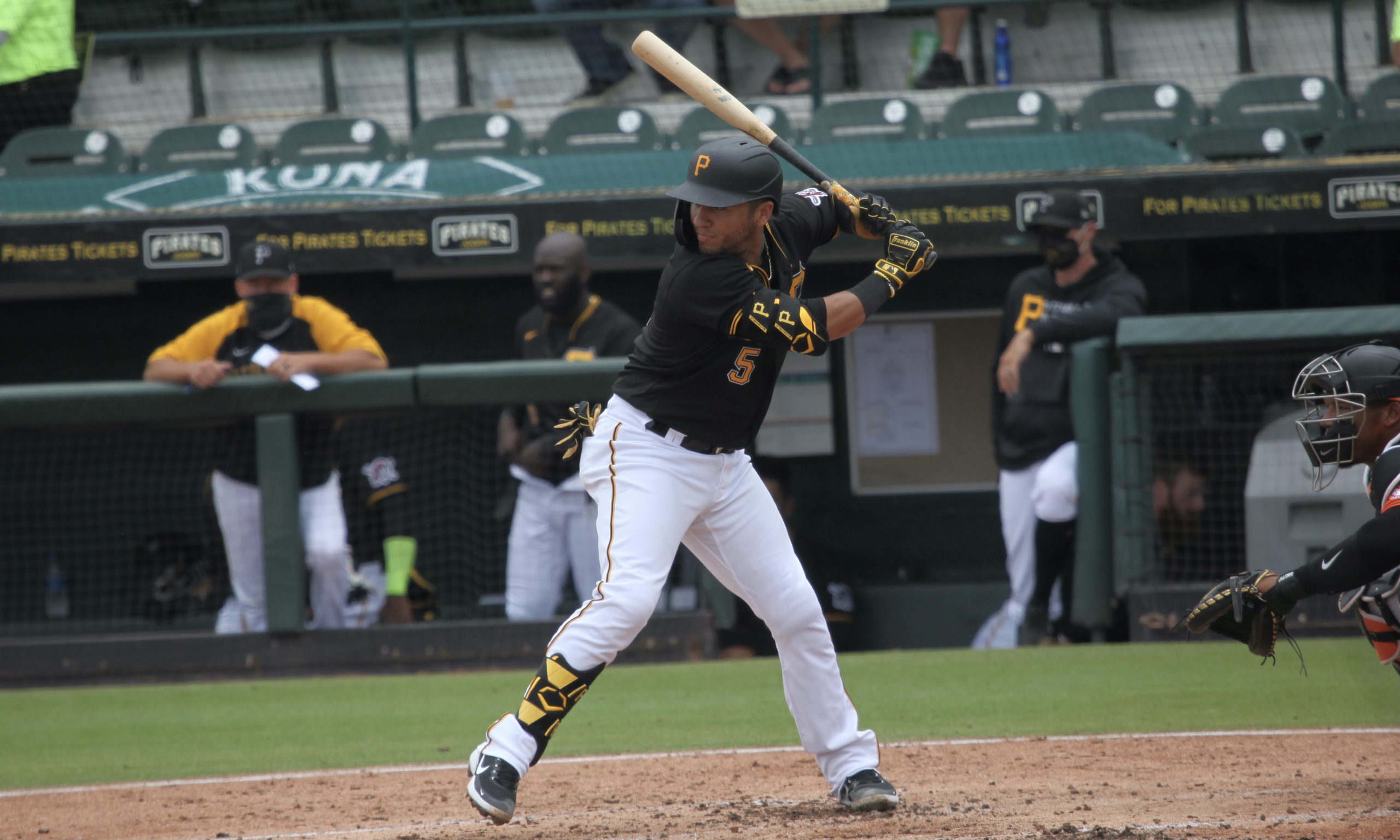 The Pirates topped the Twins, 6-2, to even their series in Minnesota.  They got a strong start from Trevor Cahill and the bottom of the batting order, which has been MIA most of the season, did the heavy lifting on offense.

Cahill had the benefit of an early lead.  In the top of the second, a one-out double by Gregory Polanco put runners on second and third.  Todd Frazier used his veteran wiles to induce Twins’ shortstop Jorge Polanco to throw away a grounder, letting one run in.  Michael Perez then ripped a double to right-center for his first two Pirate RBIs, making it 3-0.

For a bit, Cahill looked like he might be headed to another rough start.  In the bottom of the second, he gave up two hits and two walks, leading to one run and a 3-1 score.  But a fly ball left the bases loaded and Cahill allowed no more baserunners.  He went six, giving up just the two hits and two walks.

Meanwhile, in the top of the fifth, Perez and Kevin Newman went back-to-back.  As in dingers, the first of the season for both.  And, no, Newman’s was not a groundball home run.  It went about eight rows back in the left field stands.  Perez’ went 408 feet, clearing the seats in right.  He finished the game 3-for-3 with a walk and three RBIs.

The Bucs got a final run in the sixth.  Frazier got hit by a pitch, veteraned his way to third on a Perez single and an error by Jake Cave in right, and scored on a sacrifice fly by Newman.

Derek Shelton went with Duane Underwood, Jr., in the seventh.  He had a quick inning, with two Ks, but Cave led off the eighth with a double.  Underwood got another strikeout, but an error on Phillip Evans — only the fourth in the team’s last 15 games — put runners at second and third.  That brought in Kyle Crick, who gave up a sacrifice fly and got a strikeout.

Richard Rodriguez pitched a 1-2-3 ninth for his 20th straight scoreless appearance, dating back to last year.  That’s the longest active streak in MLB.

The win makes Cahill 1-2.  Tomorrow the Pirates have a chance to win their third straight road series and their third chance to get back to .500.