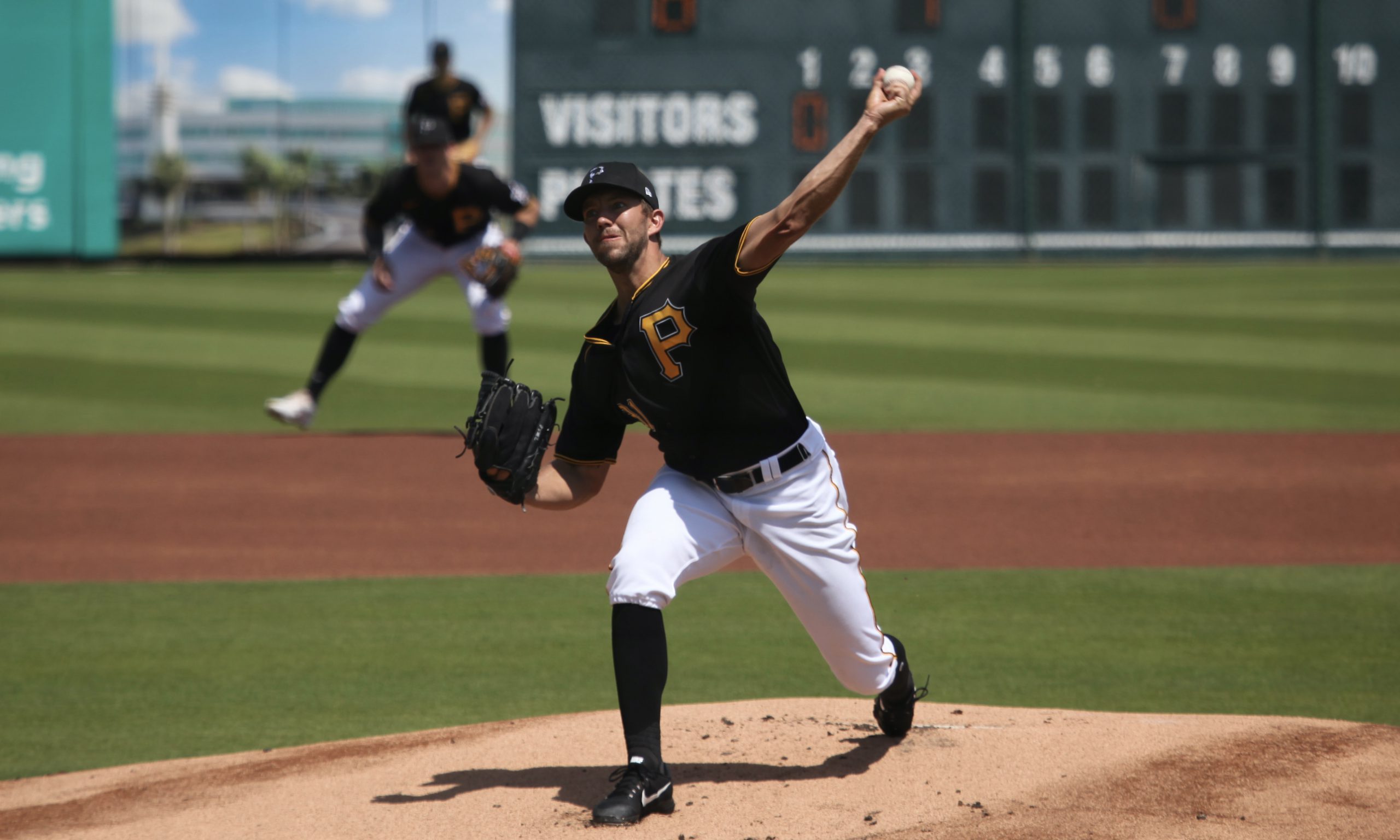 The Pirates got one good start and one interesting one as they split a doubleheader in Detroit.  They won, 3-2, before dropping a 5-2 game.

The opener was one of those games that seem like they were drawn up on a chalkboard.  The Pirates got a very Tyler Anderson start from Tyler Anderson.  He went five, giving up two runs on three hits and two walks.

It wasn’t the most efficient start ever — 90 pitches — but Anderson fanned seven and didn’t have that much trouble.  He gave up a run in the third after a leadoff double, due to a steal and a sacrifice fly.  Another double and a two-out single cost him a run in the fourth.  But there weren’t any other jams to pitch out of.  As long as Derek Shelton remembers that Third Time Through is a real thing, Anderson looks like a good bargain pickup for the Pirates.

The Pirates’ hitters didn’t have a big game.  In fact, they started off nine up and nine down.  It turned out to be a strategy:  They stored up all their dinkers for one inning.  They got four of them in the fourth, adding up to three runs, with RBIs by Bryan Reynolds and Erik Gonzalez on singles, and Colin Moran on a grounder.

The rest went the way it’s supposed to, especially in a seven-inning game.  Kyle Crick had a 1-2-3 eighth and Richard Rodriguez did the same in the ninth.  Neither has allowed a run this year.  Crick has given up one hit in seven and a third innings, Rodriguez one, along with one walk, in the same number of innings.  Anderson is now 2-2 and Rodriguez got his second save.

The second game didn’t turn out as well.  Miguel Yajure dropped by as the 27th man to make his first Pirates’ appearance.  He did well for four innings, throwing remarkably few pitchers for a Pirates’ starter and giving up just one run, on a home run by Niko Goodrum.

Yajure lost it in the fifth, though, giving up a leadoff bomb to Jonathan Schoop, and then two walks and a double.  He left after four and a third, with three runs in, and David Bednar gave up a single to put a fourth run on Yajure’s ledger.  Clay Holmes gave up a run in the sixth to account for the final Detroit tally.

The Pirates’ offense reverted to 2020 mode, getting dominated by Spencer Turnbull, who was seeing his first action of the season.  Erik Gonzalez doubled in a run in the first, but Turnbull retired 13 of the last 14 batters he faced before leaving.  Phillip Evans led off the sixth with his fourth home run of the year, but the Tigers’ bullpen retired the next six batters.

Evans went 3-for-7 on the day, so hopefully he’s shaken off his slump.  Rodolfo Castro made his major league debut, playing third in the second game and going 0-for-3.  Dustin Fowler had a miserable day, going 0-for-5 with four strikeouts and a popup; it’s like Anthony Alford never left.