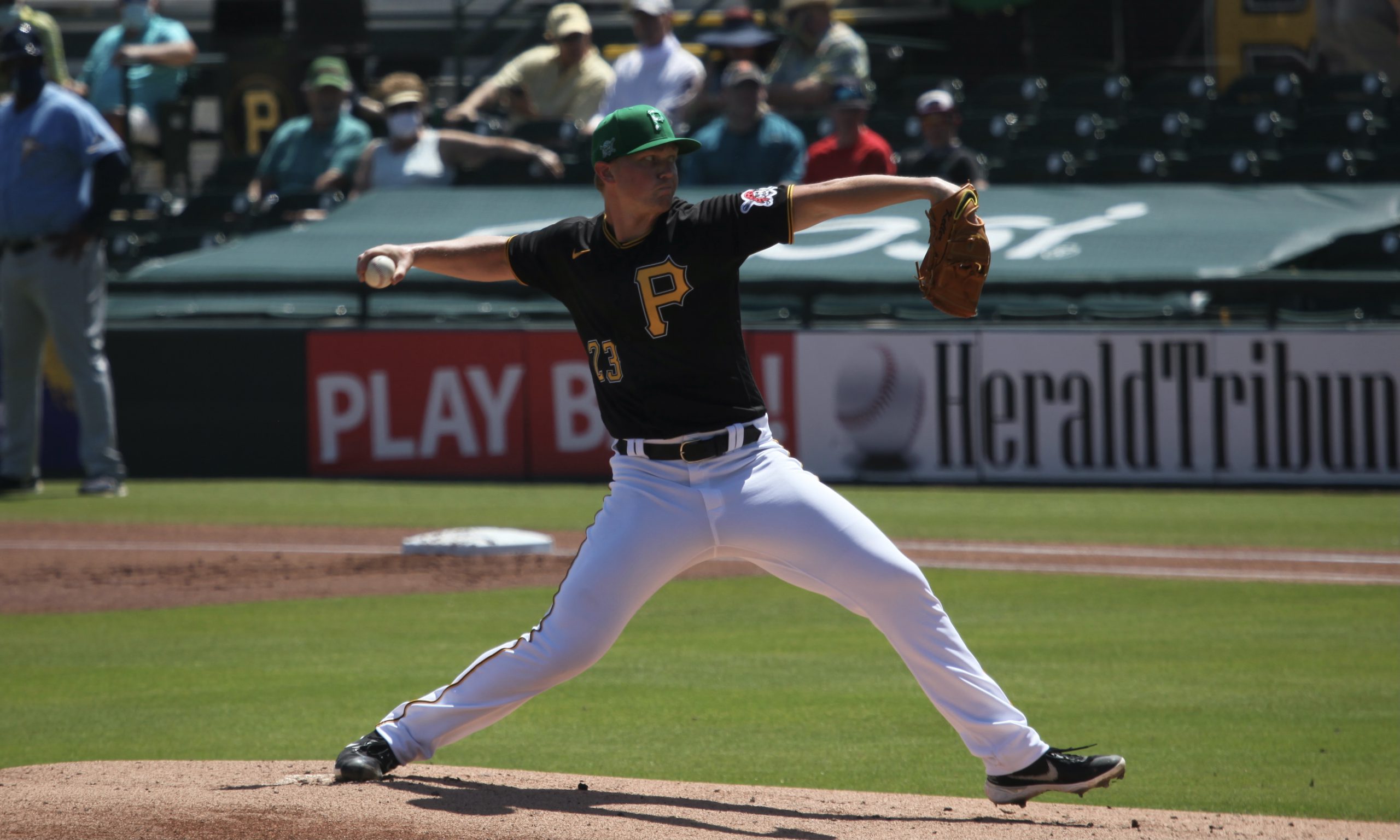 The Pirates stopped their six-game losing streak by stomping the Cubs, 8-2.  In the process, Mitch Keller became the first Pirates starter to record a win.

Keller’s start was probably the best news the Pirates could get.  He walked the first batter he faced, which cost him a run when Kris Bryant doubled with two outs, but that was the last walk.  Baseball isn’t always rocket science; Keller got through five innings on 80 pitches, 57 strikes, and got first pitch strikes (or balls in play) on 15 of 21 hitters.  He gave up five hits and fanned seven.  Keller finished his start by retiring Willson Contreras and Anthony Rizzo with two runners on.

Nearly all the Pirates’ offense came in the second inning, at the expense of Zach Davies.  They scored seven times, helped by four walks in the inning.  Bryan Reynolds, Colin Moran and Jacob Stallings each had two RBIs.

The Bucs didn’t threaten much the rest of the game.  The final run came on Phillip Evans’ third home run of the season.  Evans, Adam Frazier and Moran each had two hits.

The bullpen had a good day.  Duane Underwood, Jr., threw two scoreless innings, allowing just a walk and a hit batsman, and striking out three.  Clay Holmes gave up a pair of singles in his inning, which cost him a run due to a steal.  He did strike out Bryant and Rizzo.  Michael Feliz fanned two in the ninth, giving the pitchers 14 Ks for the game.

Not everybody had a great day.  Anthony Alford had his most miserable showing yet, earning the Golden Sombrero.  He’s now 0-for-15 with 12 strikeouts.  Gregory Polanco was 0-for-3 with a walk.  It shouldn’t be hard to find everyday at-bats for Evans once Ke’Bryan Hayes returns.