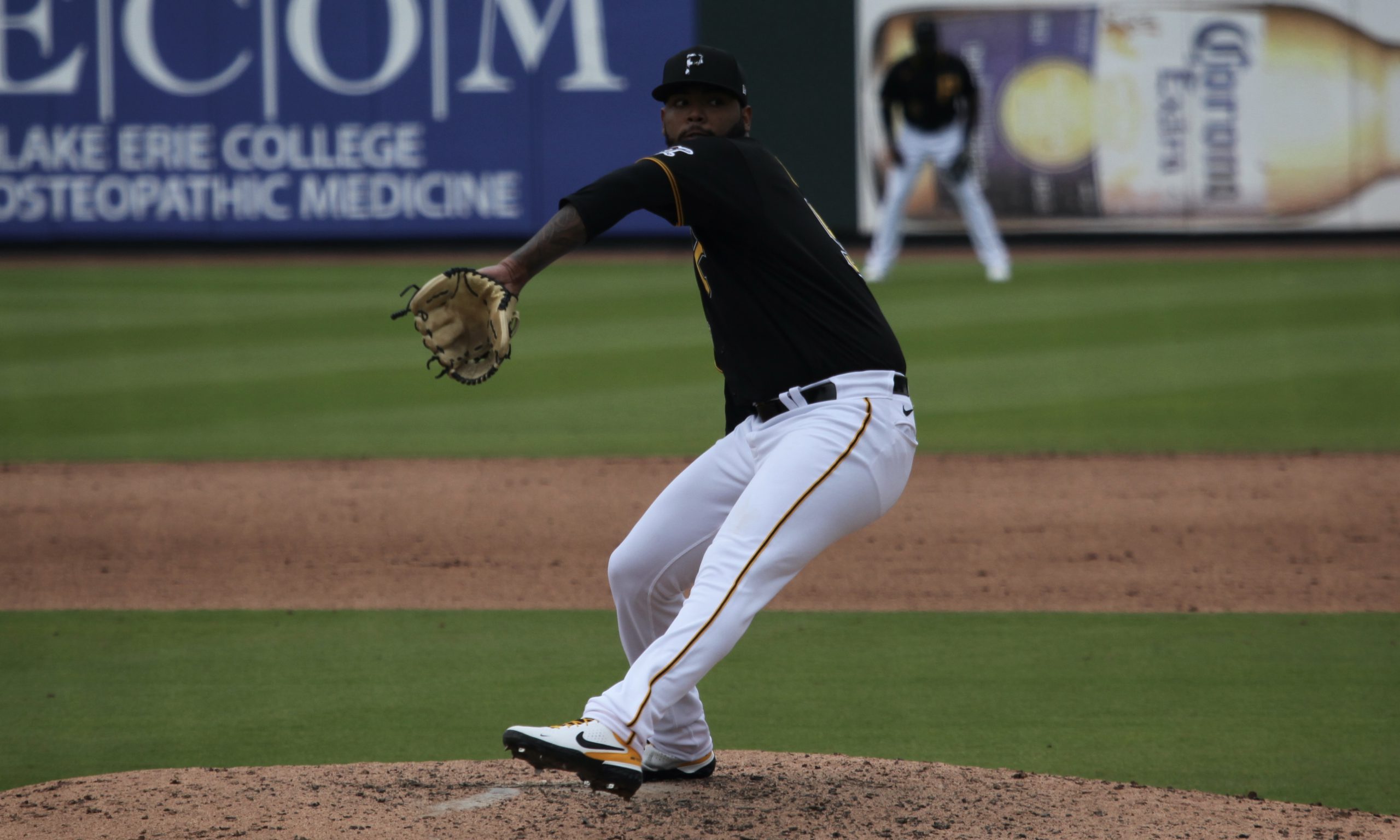 The Pirates held Baltimore to two hits in today’s game in Sarasota.  That was a good thing, because they walked eight.  The walks didn’t do much damage, though, and the Bucs evened their spring record at 13-13-1 with a 2-1 win.

Mitch Keller started and, if you can labor through three scoreless innings, that’s what he did.  He walked two in each of his first two innings and needed 72 pitches in the end.  But he only allowed one hit, so it counts as a step forward.

Braeden Ogle followed and gave up the only run on a walk, a double and a sacrifice fly.  Six relievers then combined for five hitless innings.  Michael Feliz and Sam Howard made their cases for roster spots with 1-2-3 innings, each with two strikeouts.  Luis Oviedo fanned one and hit a batter in his inning.  He hasn’t done anything in his brief opportunities to indicate he can’t make it through a season on a rebuilding team.

The Pirates went with Quinn Priester in the eighth inning and he was shaky.  He got two outs, but walked the bases full.  Blake Weiman got a called third strike to end the inning.  Nick Mears got two Ks in a 1-2-3 ninth.

On the hitting side, the only regulars in Sarasota were Adam Frazier and Jacob Stallings.  Dustin Fowler batted cleanup, going 0-for-3 with a walk and two Ks.  The Pirates otherwise went with minor leaguers and players on minor league deals.  Frazier went for 2-for-4, lowering his spring average.  He scored one run and drove in the other.  Oneil Cruz played most of the game at short, and had a hit, a walk and a run.  Troy Stokes, Jr., had an RBI.

The opening day roster is getting very close to settled, but we’re still waiting on official word.