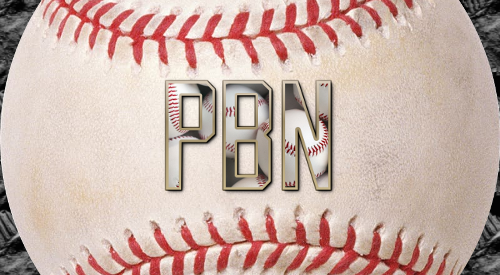 About a year ago, I was looking forward to the start of the next chapter of this journey.

My plan was to build this network from the ground up, using the 2020 season to build and establish the type of site we will be over the next decade.

And then, the world shut down.

My plans were dashed. I made a few adjustments. Waited for baseball to return. The big leagues would return. The minors — the lifeblood of this site for over a decade — would not.

We set out to release a book. The original plan was to do a Prospect Guide by the end of the regular season, releasing it around October. By that time, we were receiving new information on players on a daily basis. It didn’t make sense to publish reports when we were still finding out information on the players from the book.

This created a mess of a book. The entire thing was finished by the end of November, but was not the quality of book I wanted to release — especially with the branding of the 10th Anniversary Edition.

Everything would be re-written. A new format was implemented, setting the stage for what the Prospect Guide will be over the next decade.

The Pirates started rebuilding a month after the re-write started. We were rushing to wrap up the book to get it out around the normal dead months of January/February. Instead, the Pirates added two dozen prospects at the start of the year.

Again, I didn’t want to put out a bad product. The book was delayed again so that we could give a complete look at the system.

By mid-February, the book was completed and released in digital format.

The book finished the binding process at the printer today! It will arrive to us next week and we’ll be shipping them out before Opening Day!

This has been such a long process, and I thank all of our readers for their patience along the way. My focus has been giving you a quality book, and I can’t wait to get it in your hands. You’ll start getting tracking numbers for your books in the next week!

Behind the scenes, that’s me and my teacher wife packaging and shipping out all of the books at the start of her Spring Break. Welcome to true small business! Once the books are shipped out, we’ll move to shipping out the merchandise pre-orders (beer glasses, shirts, baseball cards).

If you haven’t picked up the book yet, you can do that in the links below:

Digital Version (Pay What You Can)

We’re about to reach the end of the rocky road of PBN Phase One.

There’s a switch I’m about to throw.

It’s dusty, sitting untouched since 2019, and I think I hung an old mask on it.

My focus throughout this pandemic has been survival.

I wanted to make sure that PBN was not only around when baseball returned, but still on pace to grow into the network I want it to become. The Prospect Guide was the first step of that process.

The next step is growing the actual site, which is based on reacting and adjusting to a live season.

We’ll have a redesign coming soon, which I’ll unroll next week.

Next week I also throw the switch to get back to writing on a daily basis.

I’ve been mapping out my writing schedule for the year, and working with Wilbur Miller and John Dreker on planning the site’s features once the season begins.

There will be more information on that schedule on Monday, in the return of First Pitch.

The next PBN Update will come on Tuesday, giving a deeper look into my plan for the 2021 season, and the ambitious future I have mapped out for this site.