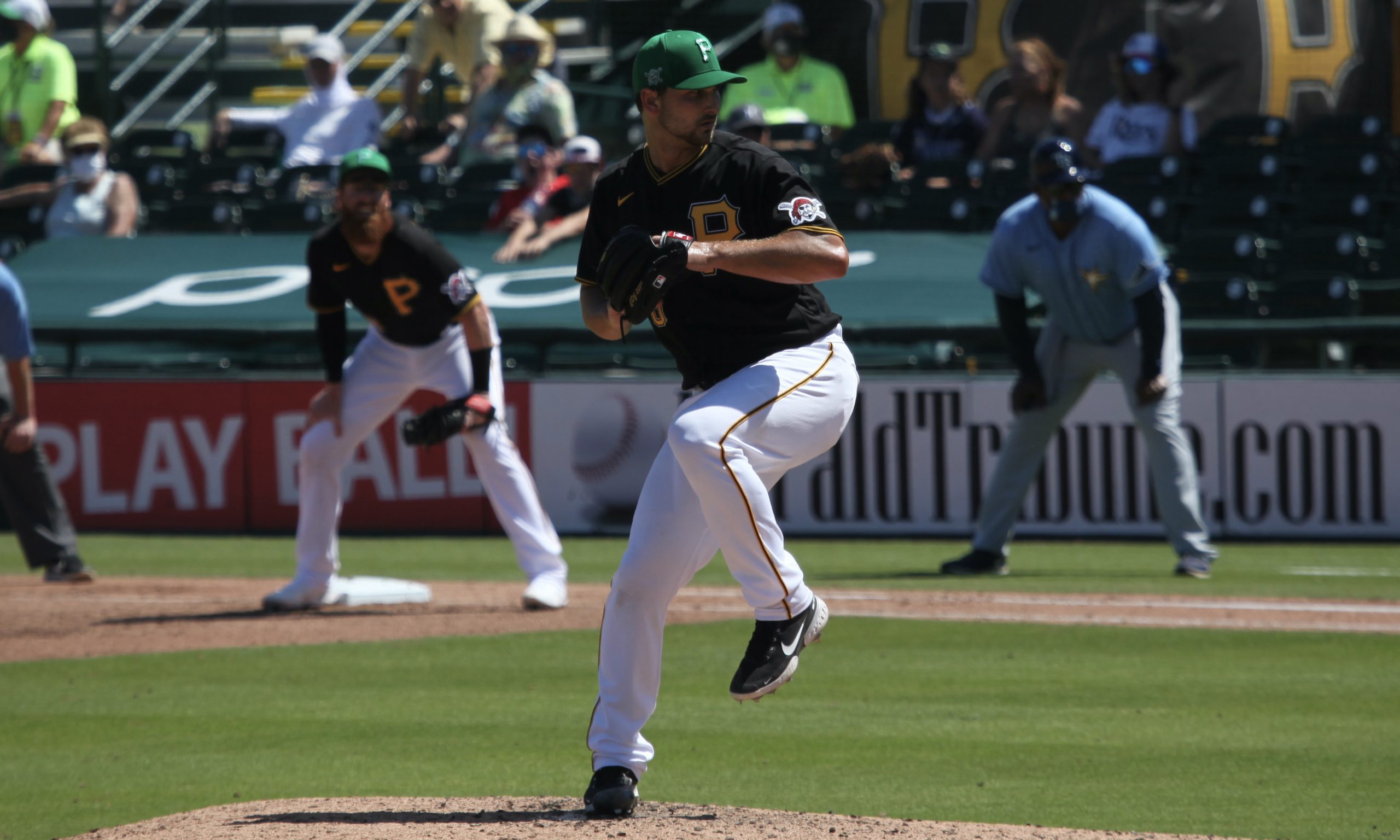 The Pirates got a three-hit shutout from seven pitchers and beat Minnesota, 1-0.  The hurlers fanned 11 against a lineup that included a few Twins regulars and some experienced backups (plus J.T. Riddle).  The only run came on Adam Frazier’s first dinger of the spring.

The increasingly interesting Chase De Jong started and went three and two-thirds innings, allowing just one runner, on a fourth-inning single.  The pitch limit apparently is still pretty tight, as he threw only 46, 32 of them for strikes.  David Bednar came on to face one hitter with two outs in the fourth and fanned him.

The Pirates got one scoreless inning each from Miguel Yajure, Michael Feliz, Kyle Crick, Sam Howard and Roansy Contreras.  Feliz and Howard each gave up a hit, and Crick and Contreras each walked one.  Crick threw 93-94 and fanned two.  Contreras walked the first batter he faced and then fanned the next three on ten total pitches.  Most were fastballs, 96-97.  Yajure threw only seven pitches and only one fastball.  Mostly he threw cutters and sliders.

Not much offense.  Just six hits, with only Frazier getting two.  No errors, for a change.

After the game, the Pirates reassigned James Marvel to minor league camp, leaving 47 players on the active Spring Training roster.