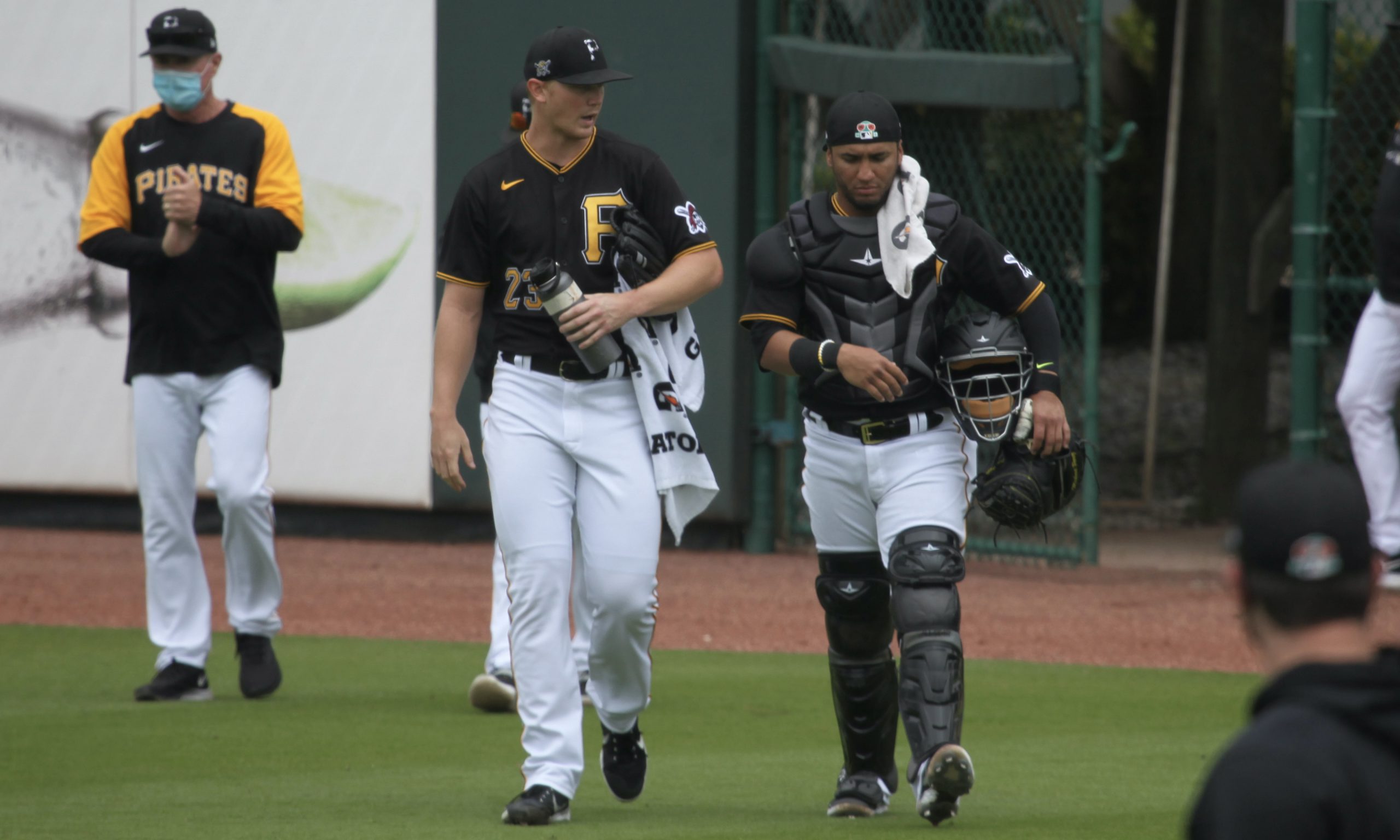 The Pirates got back to .500 on the spring by beating Baltimore, 6-5.  The news was mixed, though, as Mitch Keller got hit hard again.

I’m just going to run through some comments on individual players.

Keller:  Ugh.  Oddly, I think it’s actually concerning, in a way, that he looked much better than in his last start.  In that one, he pitched behind in the count on almost every hitter.  This time, he consistently got ahead — he threw 50 of 71 pitches for strikes — but got hit hard anyway.

Geoff Hartlieb:  Hartlieb, who came on after Keller got knocked out, was something of a mixed bag.  His stuff looked good, 94-96 on the sinker and a swing-and-miss slider, but he threw only nine of 18 pitches for strikes.  The slider and his three-quarters arm slot should give right-handed hitters fits.  He fanned a tough righty hitter in Trey Mancini.  The other three hitters he faced were left-handed and they seemed tougher for him.  His approach seemed to be trying to get them to chase sliders away, or at least hit the outside corner, but that only worked against one hitter, whom he fanned.  One of the others walked and the last one hit a bloop single that cost Keller a run. 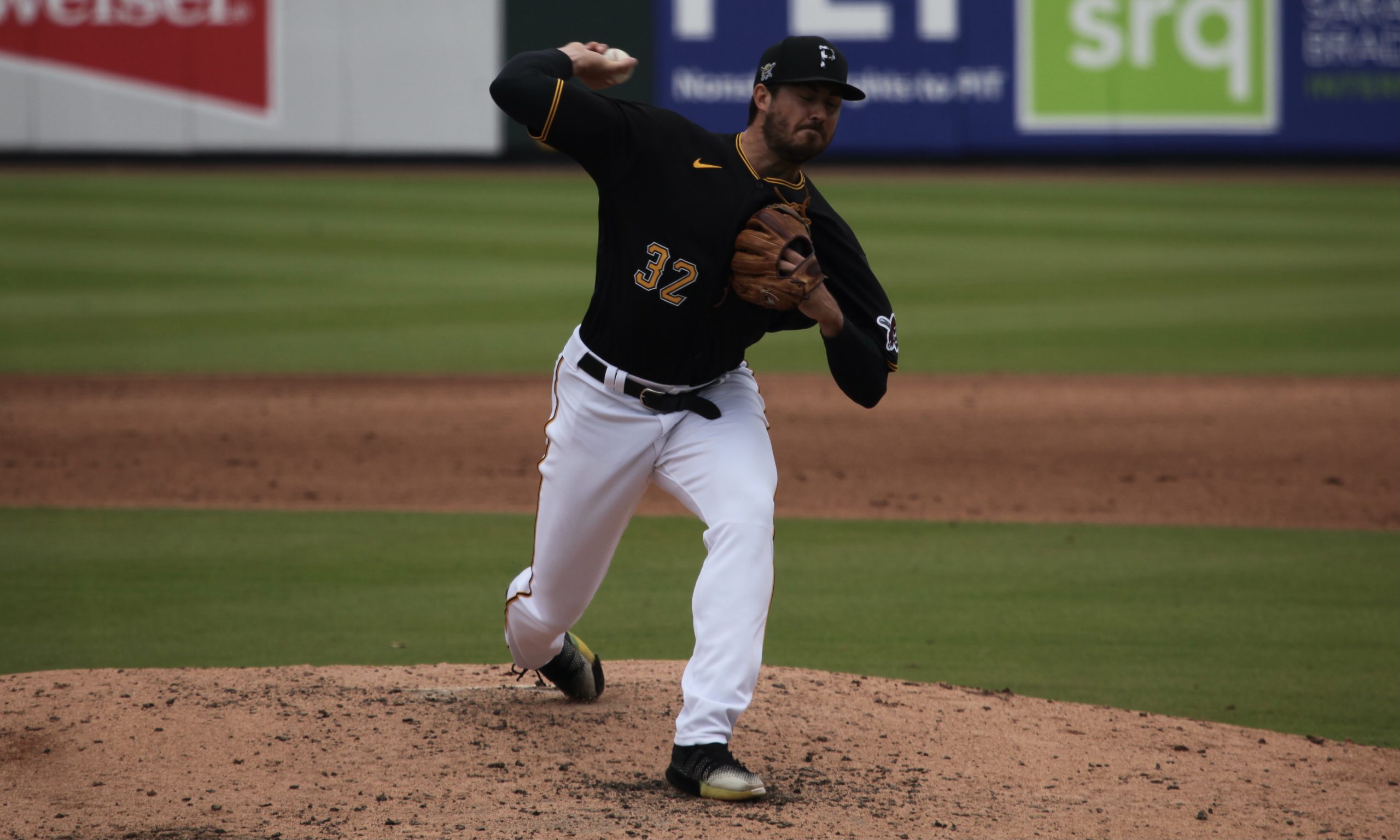 Trevor Cahill:  Two perfect innings on 17 pitches says enough.  According to lameday, Cahill threw only five fastballs.  I’m not sure he threw the same pitch twice in a row, but it didn’t keep him from throwing strikes.

Duane Underwood, Jr.:  Underwood also had a quick inning, 13 pitches and two Ks.  His fastball was 93-94 and he threw more changeups than fastballs.  He also threw a few breaking balls.  The change looked good, which will be something new on the Pirates. 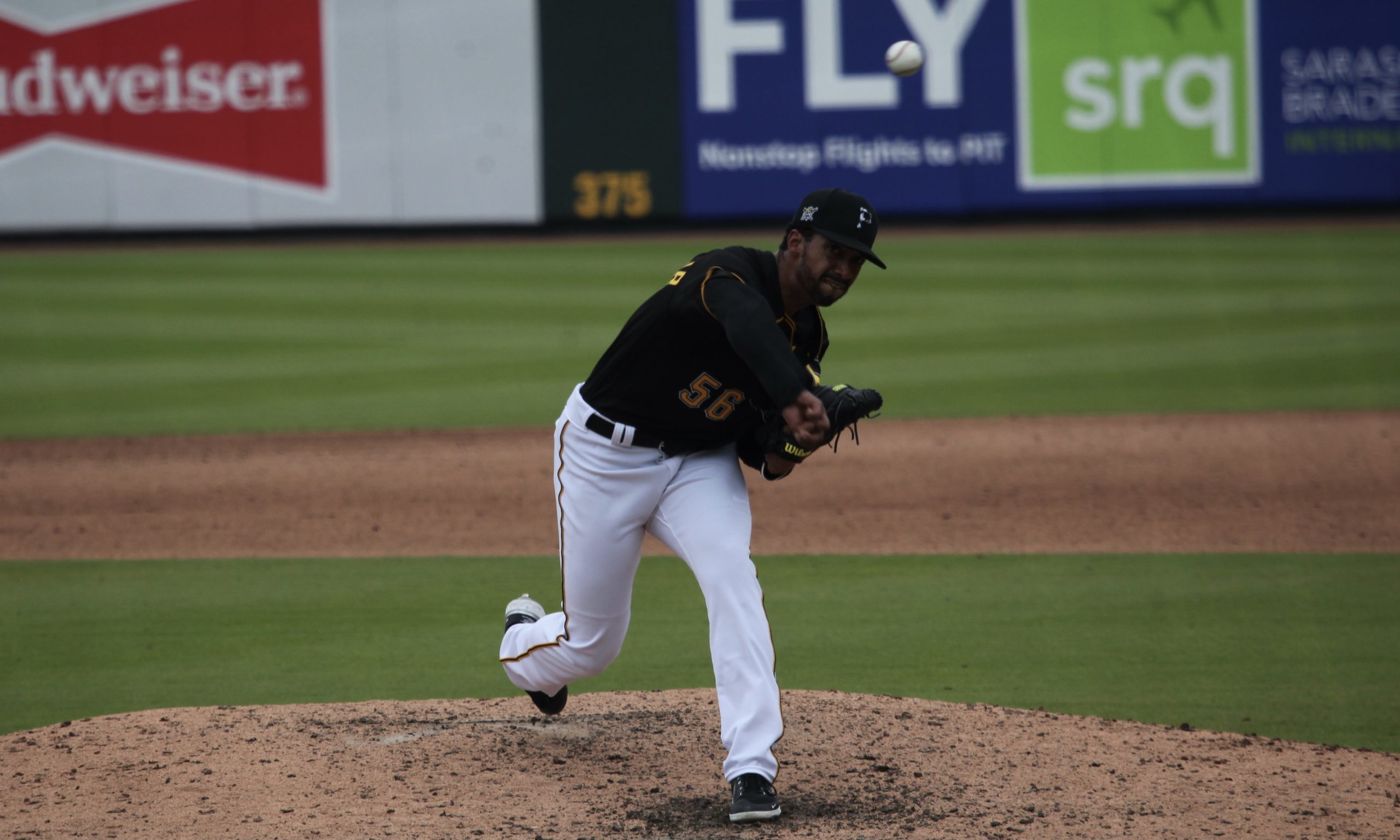 Luis Oviedo:  Oviedo had a shaky start, but Michael Perez bailed him out.  The first batter grounded a single through the middle and the next doubled to right-center.  Perez came well out in front of the plate to cut off the throw home and got the batter trying for third.  After that, Oviedo got a three-pitch strikeout, all on curves, and a groundout.  He only threw seven pitches, four curves and three fastballs.  Two of the latter were 96 and one was 93.  To the extent seven pitches say anything, Oviedo’s stuff was impressive. 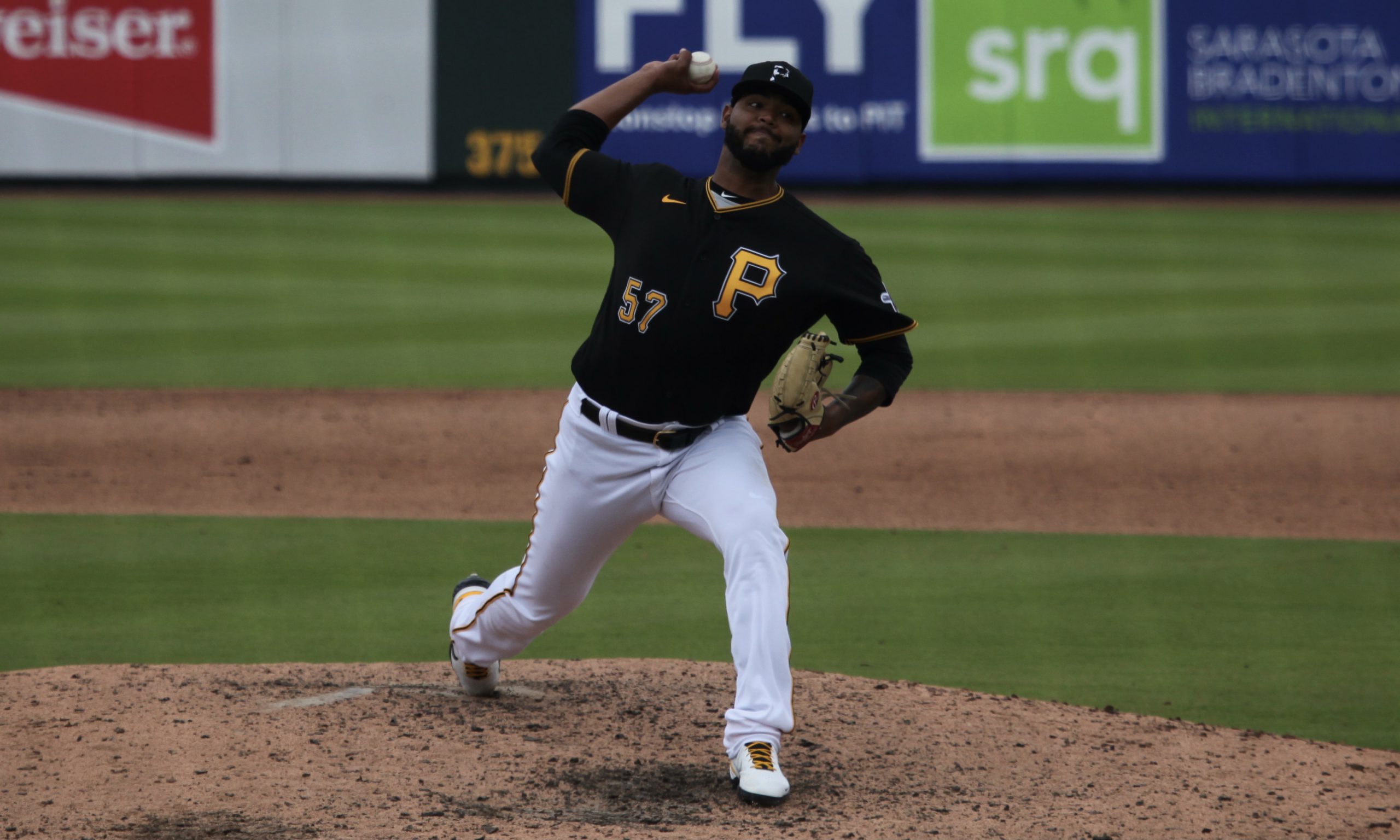 Perez:  He looked good defensively.  Apart from the play above, he got a strike-em-out, throw-em-out double play on a pitch in the dirt, making a perfect throw.  He did also have a throwing error.  At the plate, Perez hit two balls hard, a double and a line out to right. 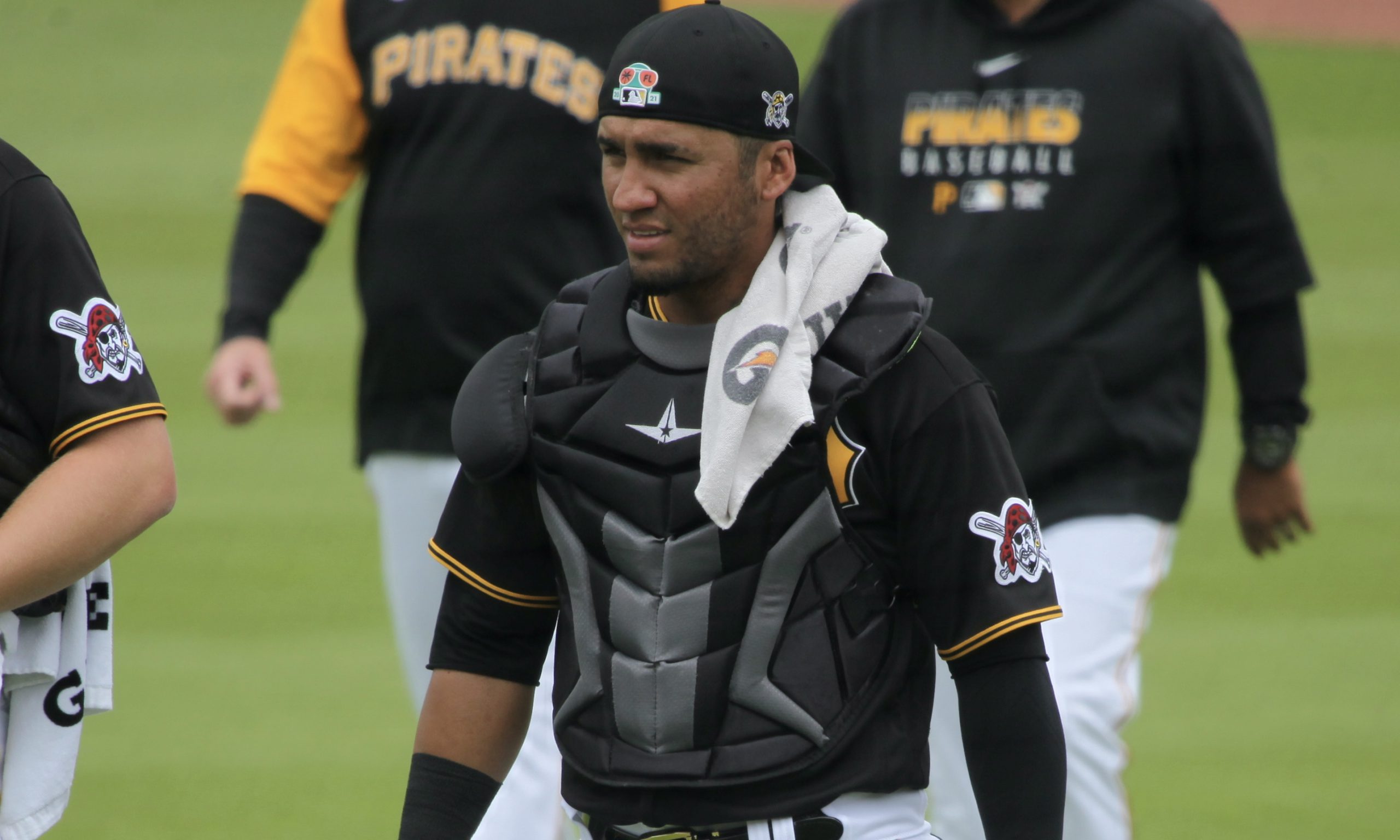 Kevin Newman:  Three more hits and three runs.  One of the hits should have been ruled an error, though.  I don’t think I’ve seen Newman take a bad swing so far.

Erik Gonzalez:  Whether it’s real or not, Gonzalez has looked different at the plate.  He’s been much more patient and has shown some power to the opposite field.  He hasn’t been chasing the way he’s done previously.