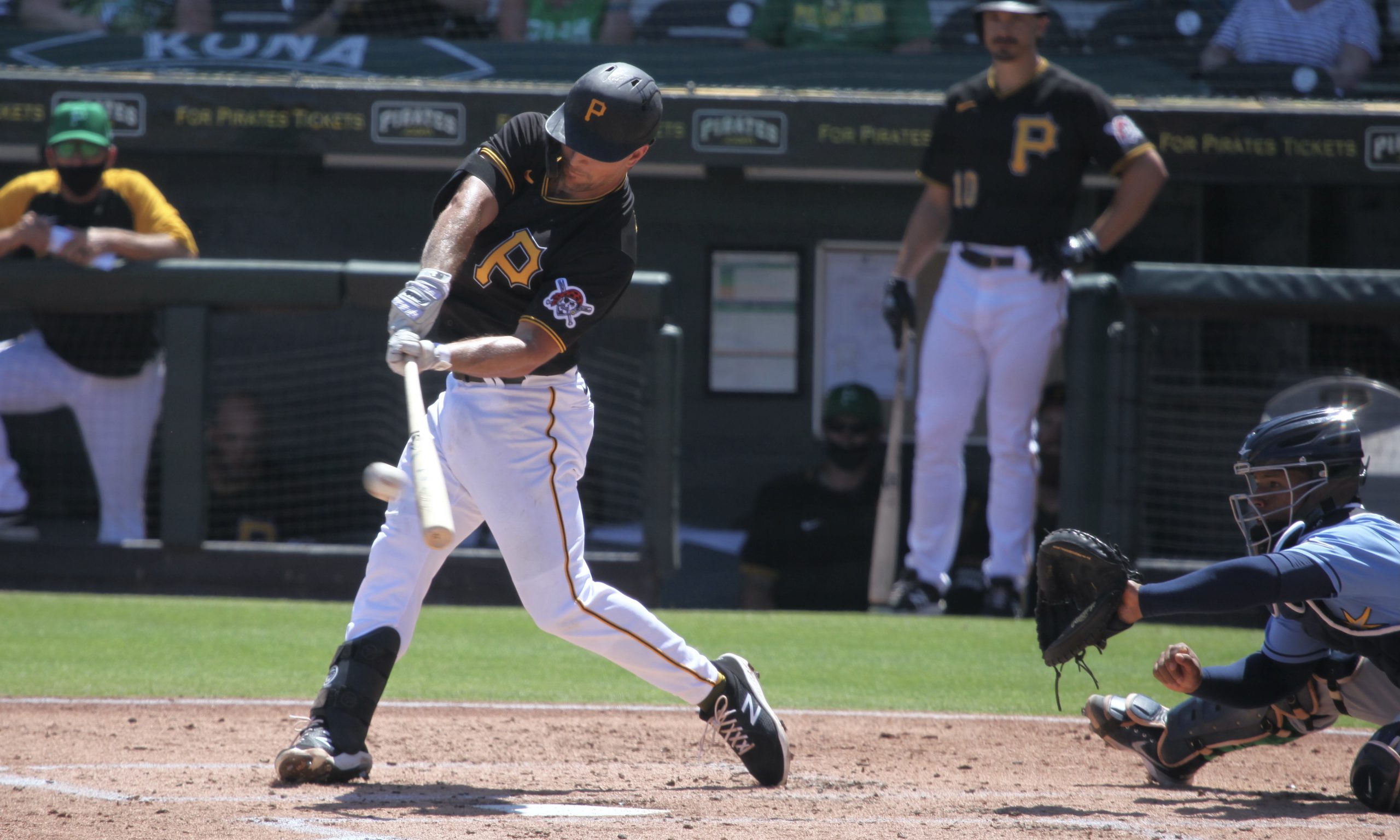 The Pirates continued to get offense from some of the same sources and Wil Crowe had another good outing against Boston in Fort Myers.  The result was a 9-4 win, putting the Pirates at 9-10-1 for the spring.

The Bucs put up a couple of three-spots to get a nice lead.  In the second, they loaded the bases and got a run on a passed ball.  Two more scored on a double by Adam Frazier.  The Bucs loaded the bags again in the fourth.  Frazier drove in one with a ground out and Ke’Bryan Hayes plated two more with a single.  For the game, Frazier and Hayes each went 2-for-4, Frazier with two doubles and Hayes with a triple.

The Pirates got one more in the sixth and, in the seventh, Bryan Reynolds belted a two-run home run to center field.  It was his third of the spring.  Gregory Polanco was 0-for-4, but the spring OPS figures for the first four hitters in today’s lineup look hopeful:

Crowe went three and two-thirds innings, allowing a run on four hits and a walk.  He came out after getting two ground outs to start the fourth.  MLB.com doesn’t have pitch counts, so I’m not sure what the count was when Crowe came out.

Clay Holmes had another scoreless outing, going one and a third.  Sean Poppen and Braeden Ogle had a little more trouble.  Poppen had one quick inning, then gave up three hits to start his second.  He allowed only two runs, one on an error by Frazier.  Ogle gave up one hit, a leadoff double in the eighth that turned into a run.  Nick Mears came on for the ninth.  He struck out the first two hitters, then they called it a game.