Williams: First Look at What the Pirates’ Minors Could Look Like in 2021 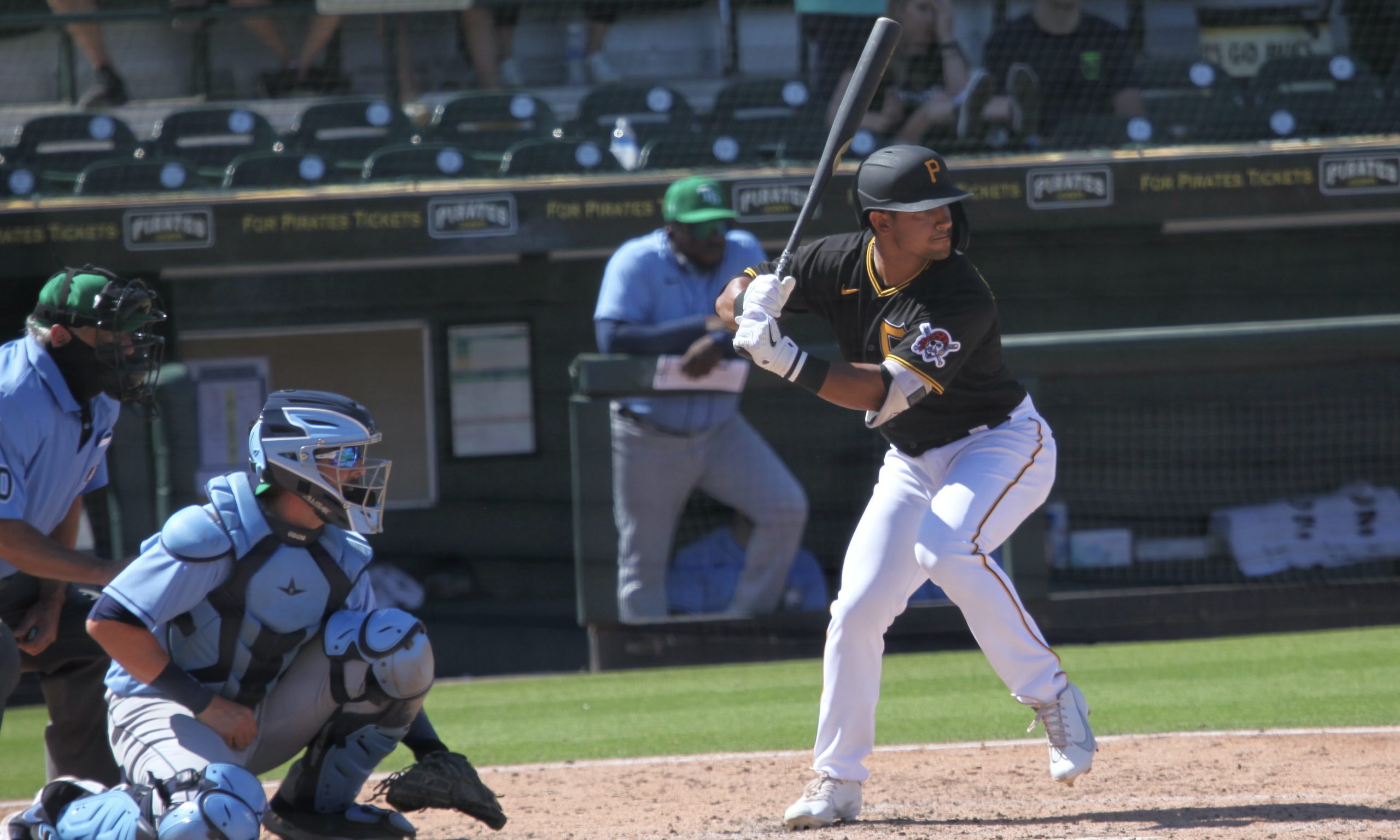 It’s going to be difficult to project the minor league rosters this season. My first look had too many people on the Triple-A team — thanks to all of the guys eventually coming down from big league camp — and obvious strengths and weaknesses with the other clubs.

To get an idea of how the system might look this year, I started out by projecting the assignments for all of the guys in big league camp, along with our top 50 prospects in the 10th Anniversary Prospect Guide. The minor league season is about two months away, and their camp begins in a few weeks, so this is a very early look, and far from set.

The Opening Day Triple-A roster projects to be older. Most of the players projected for the Opening Day roster are guys who are currently competing for spots in the majors.

On the position player side, a lot of the projected starters are last chance guys in this system. I’m projecting guys like Will Craig, Cole Tucker, and Kevin Kramer at the level. Jared Oliva has a chance to be an average starter in the majors, but should go to Triple-A at the beginning of the year. Hunter Owen could make an MLB bench, along with the younger catchers, and they should all get a shot in Indianapolis.

The pitching side has more immediate depth. I project that the rotation will include Wil Crowe, Miguel Yajure, and Cody Ponce for immediate MLB depth. Cody Bolton is the biggest prospect to watch in the projected rotation, and could be in the majors by the end of the year.

The second half of the season will be more interesting from a prospect standpoint. I don’t know if Oneil Cruz will arrive at the level on Opening Day, but I expect to see him in Indianapolis at some point this year. Other top prospects who could arrive at the level this year include Nick Gonzales, Mason Martin, Rodolfo Castro, Travis Swaggerty, Cal Mitchell, and Carmen Mlodzinski.

This level has more exciting position players projected for the level. Cruz and Gonzales could give the Pirates two of the top four prospects in the system on the same team. They would be joined by Mlodzinski and Swaggerty, who could both be argued as top ten prospects; along with Mason Martin, Rodolfo Castro, and Cal Mitchell, and Max Kranick as top 30 guys.

The pitching side is a bit thin here. The highlights come from the 2016 draft, where three prep pitchers stand out. Max Kranick is the top pitching prospect at the level, sitting mid-90s now with his fastball. Travis MacGregor was showing good stuff before going down with Tommy John in 2019. Braeden Ogle gives the Pirates a potential hard-throwing lefty reliever.

I’d expect that group to be joined by a few hard-throwing prospects from the international side, led by Osvaldo Bido and Yerry De Los Santos.

The most interesting thing with this level will be watching how aggressively Ben Cherington promotes the younger guys to this spot. My projections mostly have guys moving up one level from where they played in 2019, although some players have advanced more than that in their time off. I think the biggest story to watch here will be whether Quinn Priester makes it to the level by the end of the season.

The previous disclaimer about not knowing how Cherington will assign players applies here. In fact, it might be even more difficult to project players at Low-A or High-A following the long layoff. There previously wasn’t a huge difference between the levels, and there are no short-season teams to expand the Low-A roster (though this can still be accomplished via the GCL, which we’ll get to in a bit).

Quinn Priester is the most likely aggressive promotion here. He’s yet to pitch in full-season ball, so there’s a chance the Pirates could send him to Low-A. There are other options who the Pirates could somewhat aggressively skip past Low-A, but Priester leads the list. I’d also watch for Liover Peguero on the position player side.

Roansy Contreras, Ji-Hwan Bae, Canaan Smith-Njigba, Jack Herman, Matt Gorski, Santiago Florez, Nick Garcia, and Noe Toribio are some of the top 50 prospects who I’d expect to see at the level under a more normal timeline. I could see Contreras getting a push to Double-A at some point.

As you go down the levels of this system, you start to see an exponential increase in upside. That’s mostly due to the recent trades that stocked the lower levels with so many lottery tickets, adding to some of the guys Cherington inherited.

You see that all coming together with the potential Bradenton rotation. I currently have Tahnaj Thomas, Brennan Malone, Eddy Yean, Braxton Ashcraft, and Michael Burrows projected for the rotation. Priester could be in that group if the Pirates don’t give him an aggressive push. This will be the best collection of pitching talent to follow in the system, with or without Priester.

On the position player side, I’d expect Hudson Head and Sammy Siani in the outfield, Liover Peguero and Jase Bowen in the infield, and Endy Rodriguez behind the plate. Rodriguez is the only top 50 catching prospect in the system, and I could see him going to full-season ball for the first time this year.

It will be interesting to see how the Pirates handle this level now that Low-A is in the same city as their minor league complex. They could use a bigger roster, rotating guys in and out of the GCL/extended Spring Training.

This is a long way away, but I’ll just add at the end that the GCL team has some interesting guys to follow in the outfield and rotation. Jared Jones and Po-Yu Chen are the highlights on the pitching staff, while the position player group could include Solomon Maguire, Rodolfo Nolasco, Shalin Polanco, and Alexander Mojica.