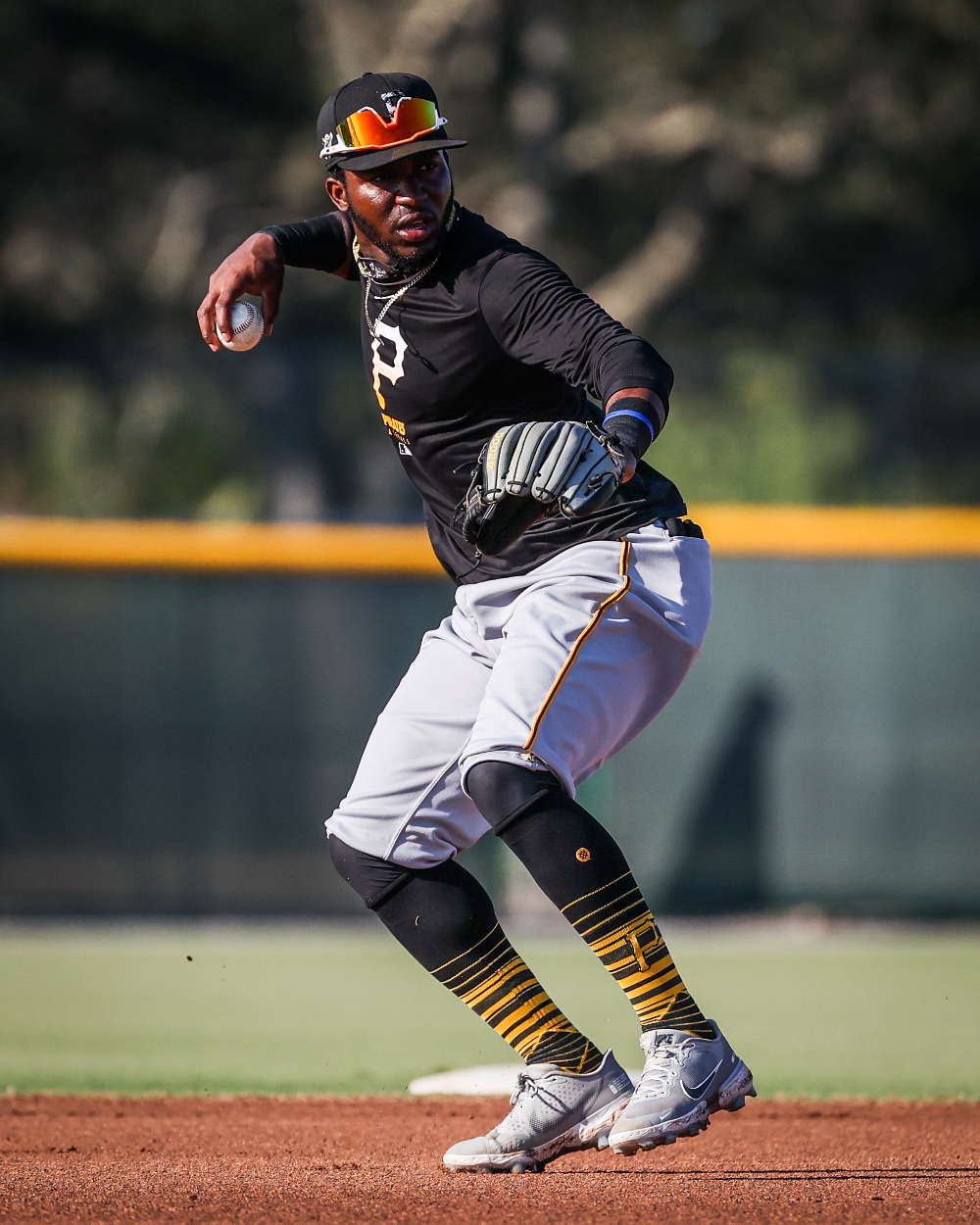 The Pirates’ pitching got hit around some against Philadelphia’s backups in a 6-5 loss.  The hitters didn’t have much success, either, except for two swings of the bat.  One came from a guy who’s making some noise now.

Steven Brault got hurt by a bunt single and a walk in the first, which cost him two runs with only one ball being hit hard.  He also gave up a dinger to Odubel Herrera in the last of his three innings.  MIguel Yajure had a great first inning, but with two out in his second inning gave up a string of line-drive hits that cost him two runs.  Yajure did get a K on a really nasty slider.

The rest of the pitchers — Chasen Shreve, Michael Feliz, Clay Holmes and Kyle Crick — each threw an inning and allowed one hit.  The only damage came from Feliz’ old friend the gopher, by way of somebody named Darick Hall.  Crick’s velocity continued its steady climb, up to 93-94 now.

The Pirates’ offense has been coming and going this spring, which seems to be a function of some guys having bad springs and tending to be in the lineup all at once.  In today’s game, that would have been Colin Moran, Cole Tucker, Dustin Fowler, Brian Goodwin and the uber-struggling Kevin Kramer.  Those five went a collective 0-for-11.

The first run came when Jacob Stallings — who is having a good spring — lined one inside the foul pole in left.  (Btw, if you watch the David Bednar montage on the team’s twitter feed, you can see Stallings filching a called third strike.)  The last four runs came when Phillies’ pitcher Jakob Hernandez walked the first three batters he faced in the seventh, and Rodolfo Castro launched a towering shot clear over the stands in left for the slam.  That was Castro’s second dinger of the spring and second in two days, one from each side of the plate.

Kevin Newman was back from tweaking a hammy.  He served as DH.

And in case you missed it, Anthony Alford just has a contusion from getting hit on the wrist.