Williams: The Pirates Really, Really Are Serious About Winning 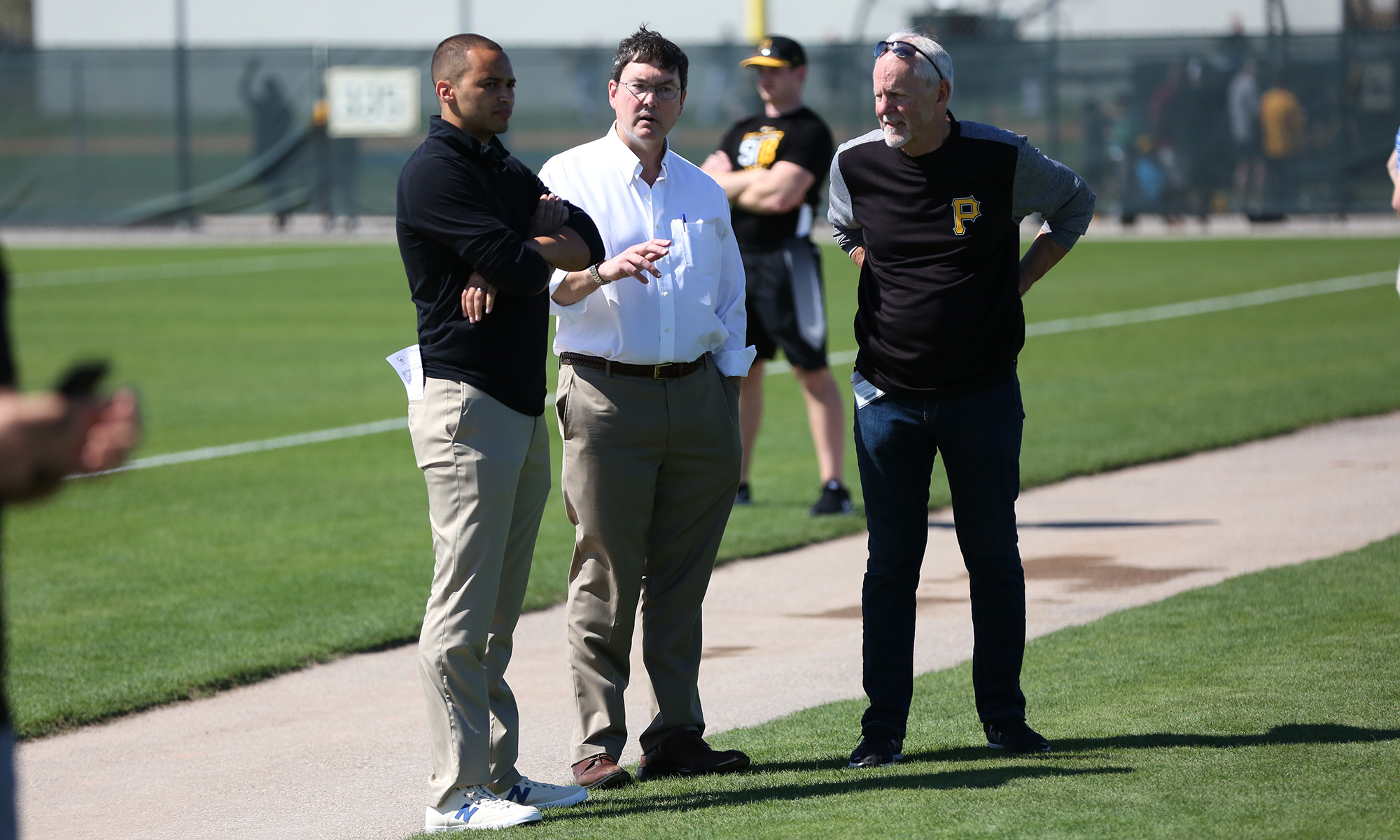 It’s really easy to come across as overly optimistic when discussing prospects.

The mere definition of the world invites the mind to speculate about what positive future events might be in store for the player and, by extension, the team.

The Pirates are in rebuilding mode, and Pirates fans have little choice in the matter, other than following the prospects they’re building around. So when Pirates’ president Travis Williams or Pirates’ owner Bob Nutting talk about how they have a plan in place, and how they have a commitment to winning, we’re all just in “wait and see” mode, as the results won’t be known for years.

Travis Williams met with the media yesterday, and as usual during these events, discussed payroll and Bob Nutting’s commitment to winning. I could go through and find the exact same quotes from Frank Coonelly over the years, but all that would show is the same type of corporate speak, along with reason to be doubtful about Nutting.

I’m going to go in a few different directions here, because I’ve got a different view of this situation than most people would.

I have the baseball view, and that view has yet to see anything from Nutting to suggest he’s capable of leading the Pirates toward being an innovative and leading small market club over the long-term. There’s some hope, found in 2013-15, but it’s hardly enough to give Nutting the benefit of the doubt that he’ll oversee an organization like this again. I like the moves the Pirates have made so far in adding Ben Cherington, and with Cherington’s approach to the rebuild. The biggest reservation I have is with Nutting’s willingness to spend when the Pirates are competitive. Once again, we’ll have to wait and see how this changes.

I also have the personal view. I’ve talked to Bob Nutting maybe once or twice in passing at Pirate City, outside of group interviews. I don’t know the guy. He seems like a nice person. Everything I read from people who have had encounters with him back this up. As I’ve said on this site, I’m only really interested in the decision of the owner of the Pirates, not the man who owns the Pirates. What I find interesting is the focus of what Bob Nutting cares about in regards to the Pirates, probably best summed up by Williams yesterday to the media:

“First of all, it’s just not true that he doesn’t care,” Williams said. “He cares deeply and passionately about the city of Pittsburgh, about the Pirates, about Pirates Charities and the work we’re doing in the community.”

If you’re keeping track, there are four things that Williams said Nutting cares deeply and passionately about, and only one of them has anything to do with on-field product. The other three? The city, the community, and charity. I wouldn’t read anything into this in terms of priorities of the four things mentioned, and I wouldn’t presume that this is a complete list. It’s just interesting how his care for the baseball team always gets drowned in a sea of platitudes about how much he cares for the community.

And If I’m being 100% honest, if I owned a baseball team, I’d do the same thing. I’d care far more about helping others. I’d watch your favorite team lose 40 years in a row if it meant I could make a difference in this world where it really matters.

That’s not to say you have to choose between winning and being charitable. It benefits the Pirates in all areas to win, as that means more money coming in for Pirates Charities, along with more help for the city and community. So while we can admire Bob Nutting for his care for the city, we can also limit our focus here to the on-field product, and assume that a rising tide from winning will lift those other boats.

Williams went on to describe Nutting’s drive toward winning, per Rob Biertempfel:

“Bob wants to win a championship in the worst way,” Williams said. “I’ll let Bob speak for himself about his passion behind that, but I see it. He knows we need to set a clear direction, which he’s heavily involved in with Ben and myself, making sure it was a direction we all believed in and can be aligned in, and then providing whatever resources we need to execute that vision.”

The problem here is the problem that exists across the board with the Pirates: We’ve heard what Bob Nutting has to say on the subject. He’s been facing doubts about his commitment to winning and the team’s spending since the day he took over. The responses are always the same formula of how the claim is inaccurate, that the Pirates do want to win, and they aren’t taking money out of the team. There’s no proof offered on the latter, and the former is ultimately judged by results. The results, post-2015, raise serious questions about the commitment to winning, especially when winning comes at a higher cost.

That is still the biggest question in the future facing Cherington.

One of these “we really do want to win” comments came from Nutting in late 2017, when he was asked by Rob Biertempfel (this time with the Trib) whether it bothers him that fans doubt his commitment to winning. His response, with my emphasis in bold:

Nutting: To the extent that it bothers me, it bothers me because of the impact on the organization. I am an extremely competitive person. I am extremely driven to see this organization succeed, and that means bringing another championship back to Pittsburgh. A pretty simple measure of success.

I know there are building blocks that we have to go through to get there. I know there are no magic switches, no easy answers or shortcuts. To the extent that there is any perception that I’m not competitive, that I’m not driven or that I don’t care, I’m always sorry that impacts the way people perceive one of the great, proud franchises in the history of the game. The Pittsburgh Pirates deserve the commitment, the leadership that I believe we’re providing.

The Pirates are one of the great, proud franchises in the history of the game. There’s a reason we launched a Pittsburgh Baseball History site, with several daily articles. There’s a ton to discuss in this franchise’s history.

The franchise became a laughing stock in the 90s and the aughties. They finally climbed out of that, and re-emerged as one of the best franchises in the game, with the city’s full energy behind them. That was all quickly drained away in the face of cost-saving moves following a quick-exit in the 2015 Wild Card game. Some of the worst offenses were trading prospects to rid themselves of Francisco Liriano’s salary, and letting Juan Nicasio go on waivers for nothing.

Neither of those moves are overly meaningful now. They weren’t franchise breaking moves, at least from a team-building standpoint. They were crushing moves for the narrative that Bob Nutting cares about winning. The moves only played further into the narrative that the Pirates are too focused on profits over winning. Until we see actual numbers from the Pirates’ books, those narratives will remain in battle, likely with one group being much larger than the other.

The hope is that Ben Cherington can get the Pirates back to the point where they can be a proud franchise again.

The hope is that Bob Nutting spends to keep them at that stage, rather than making the same mistakes as last time.

Hope and words are all we have at this point. The words haven’t changed in over a decade, and the hope has been rapidly declining since 2015.