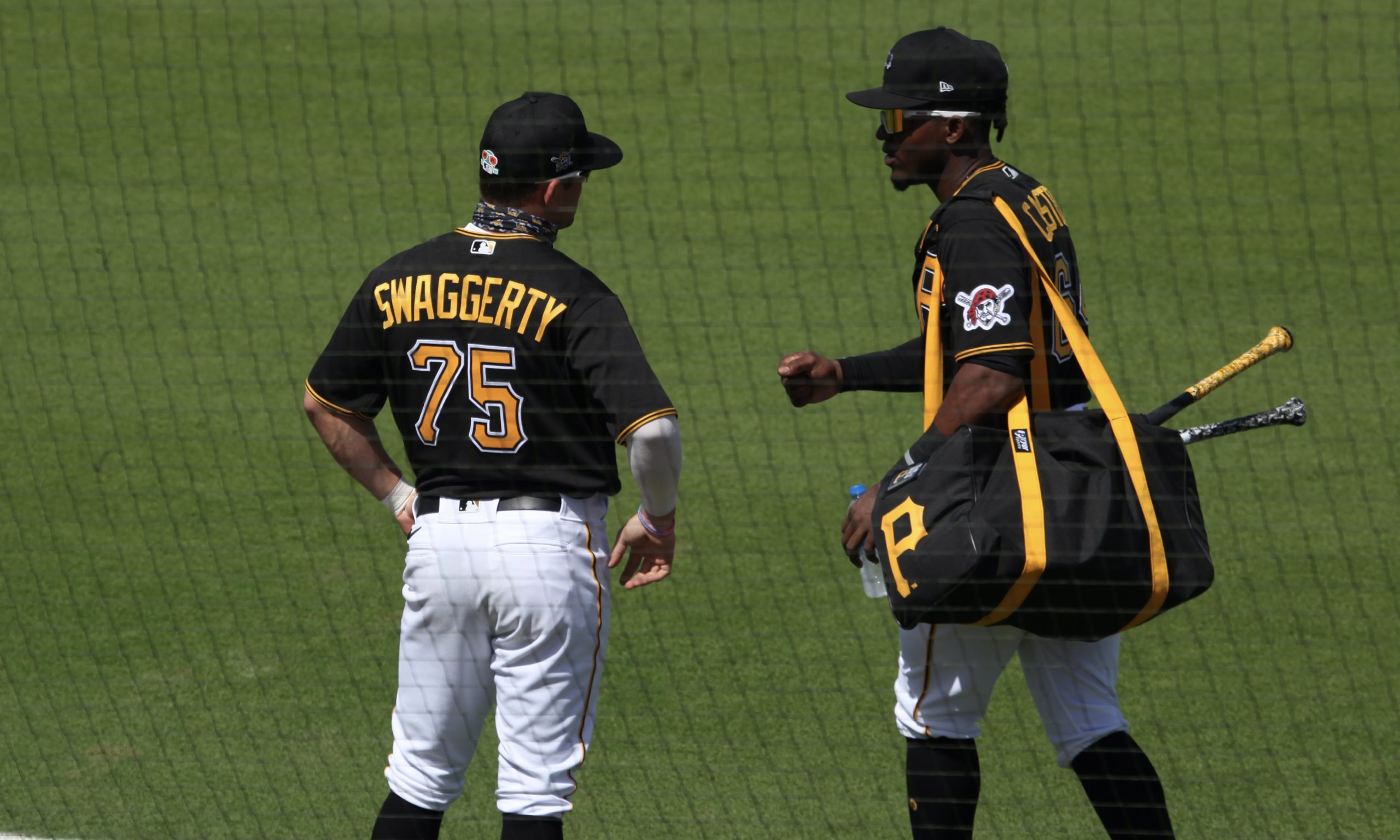 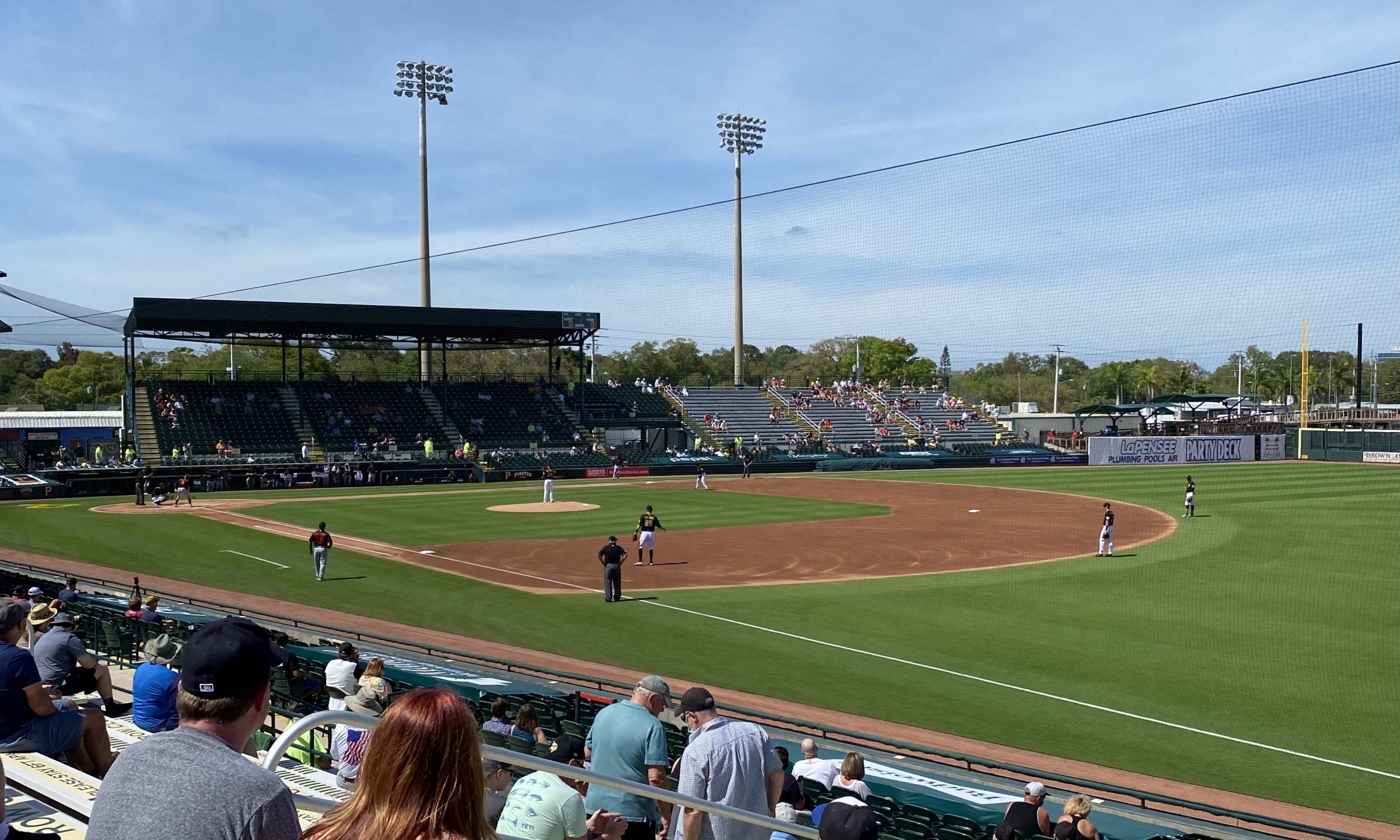 The Pirates fell from the ranks of the unbeaten with a 6-1 loss to the Tigers in the spring opener at the Park Formerly Known as McKechnie.  The teams fortunately played only five innings.  There wasn’t much good to relate, so I’ll go mostly with photos. 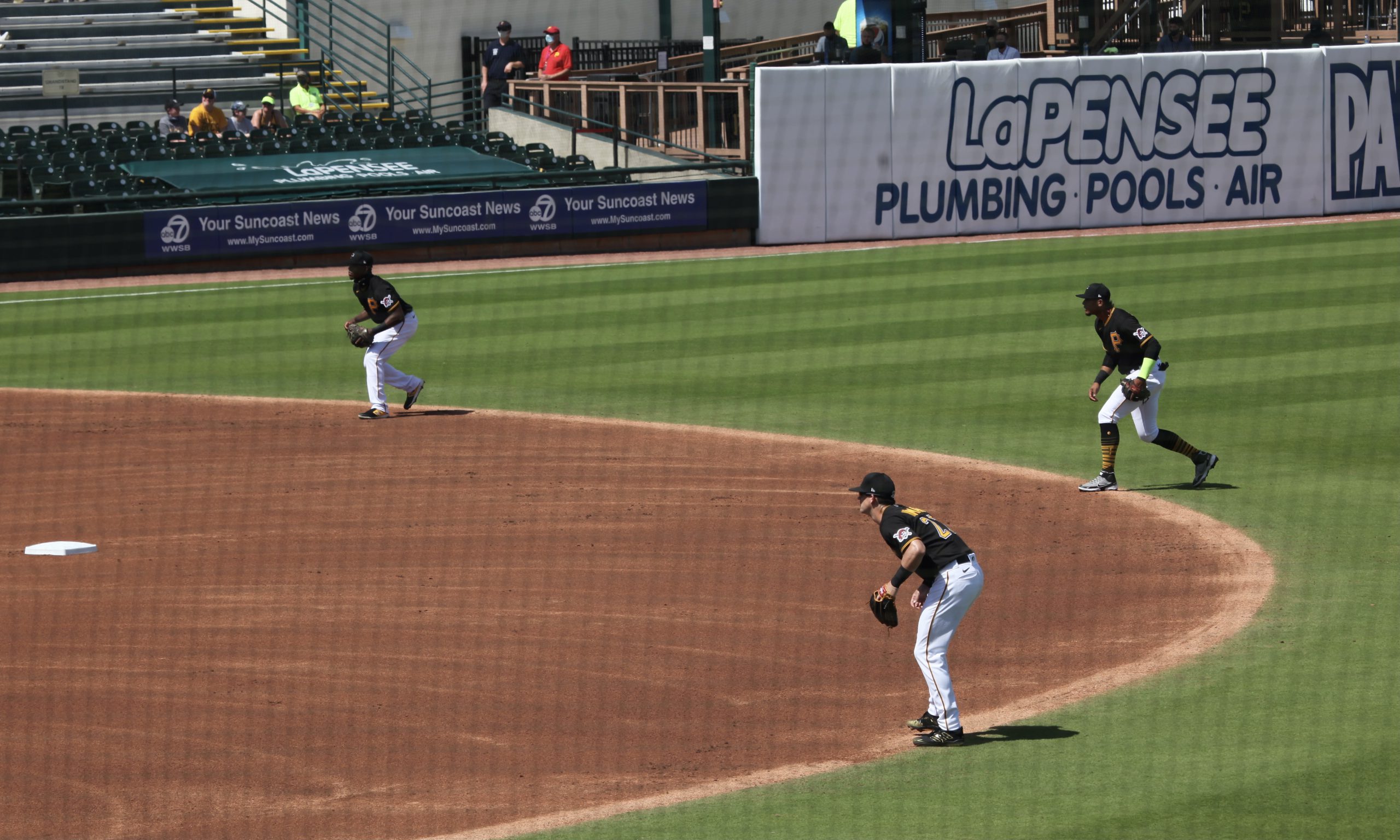 The shift is still a thing

The Pirates had only two hits and hit only four balls hard.  Ke’Bryan Hayes drove a double to right-center that he quickly negated with a baserunning blunder.  Todd Frazier got a belt-high pitch on the inside part of the plate and ripped it down the line for his second spring longball.  Hayes also lined one to right-center that was caught on the track and Kevin Newman ripped a one-hopper at the second baseman.  The rest was a lot of easy outs. 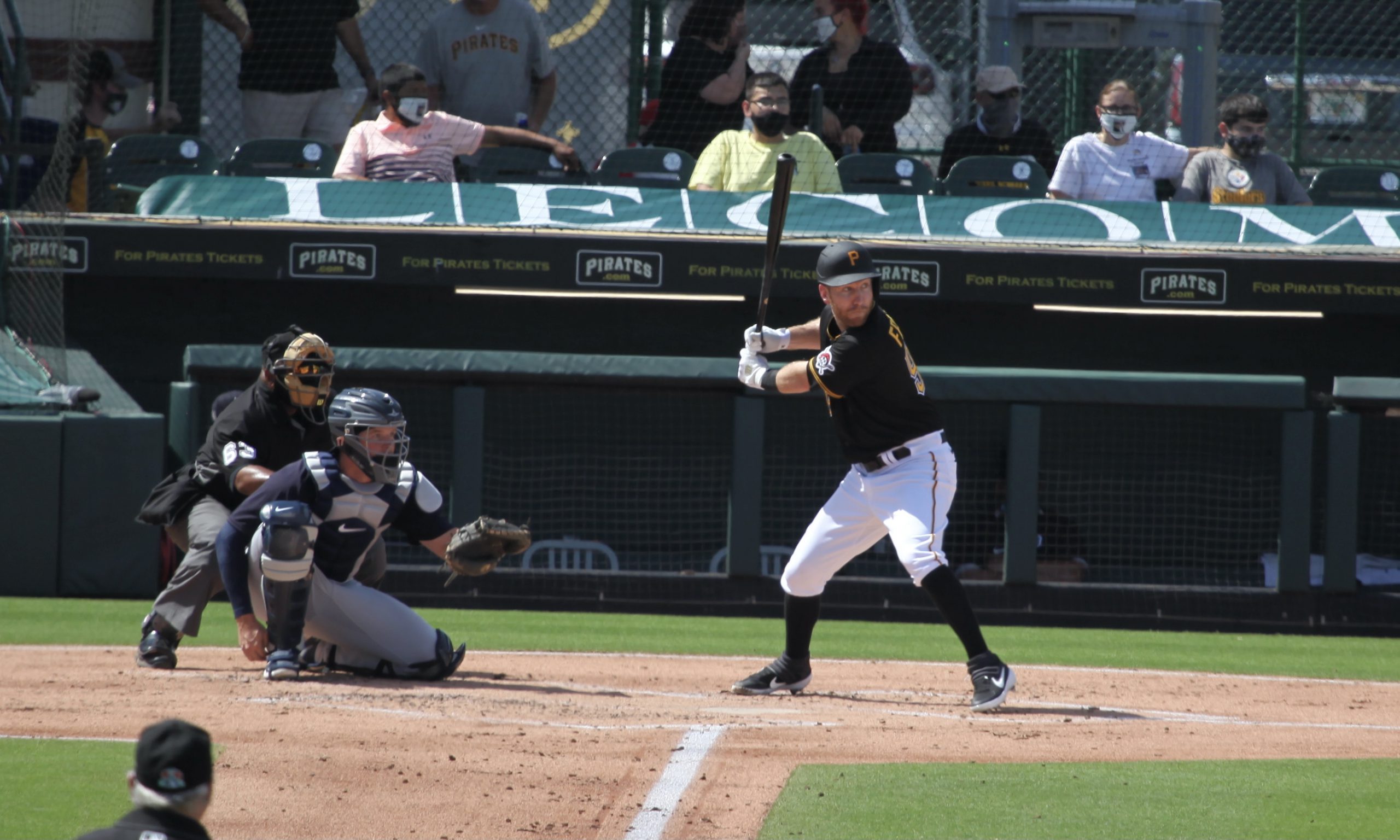 The pitching was a mixed bag.  J.T. Brubaker looked good except for one pitch.  That was a breaking ball that hung over the plate and ended up where that sort of pitch generally ends up.  Cody Ponce got ahead of his first hitter and then nibbled his way to a walk.  Frazier helped him out by starting a 3-6-3 double play (I didn’t know those were allowed) on the next pitch.  Sean Poppen gave up hard contact to nearly every hitter he faced. 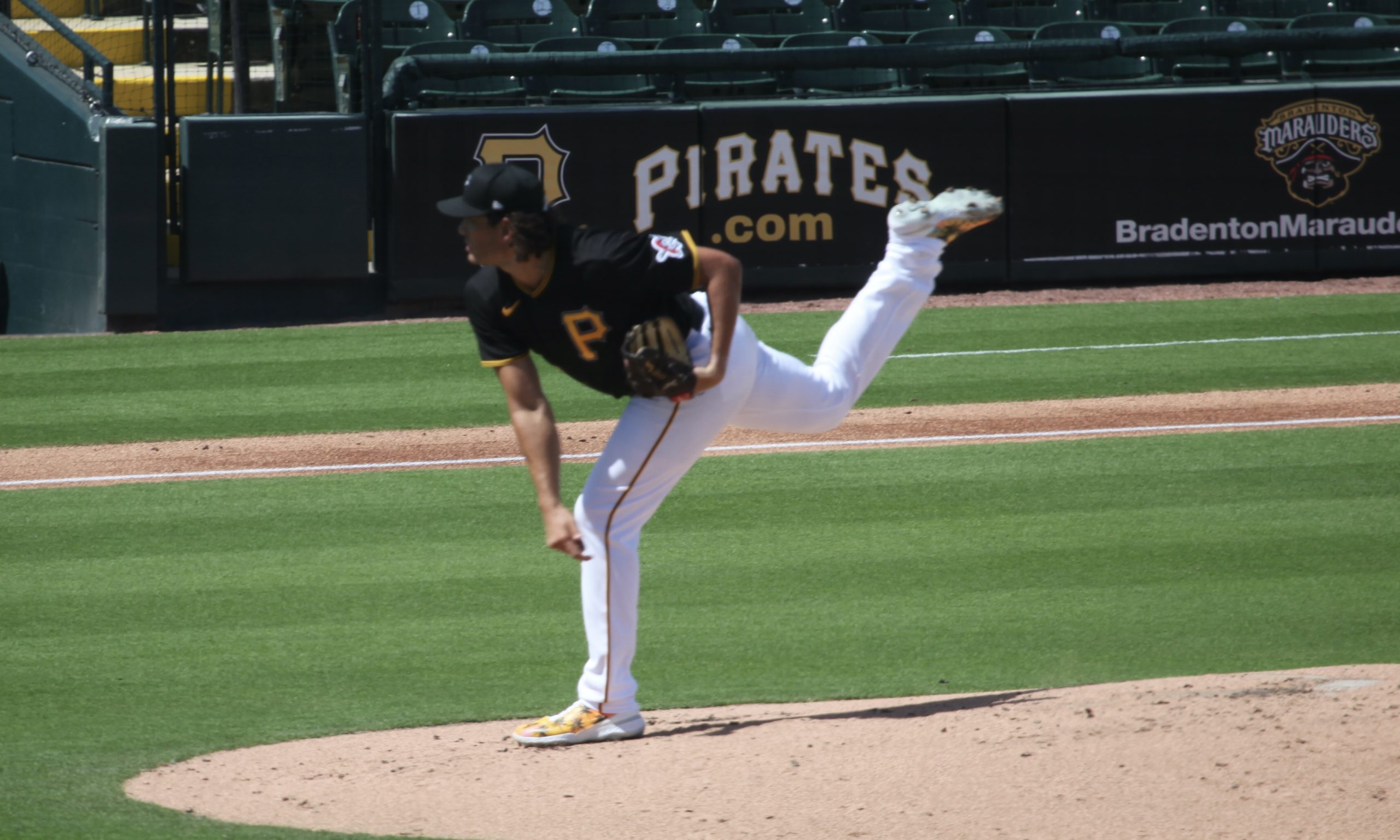 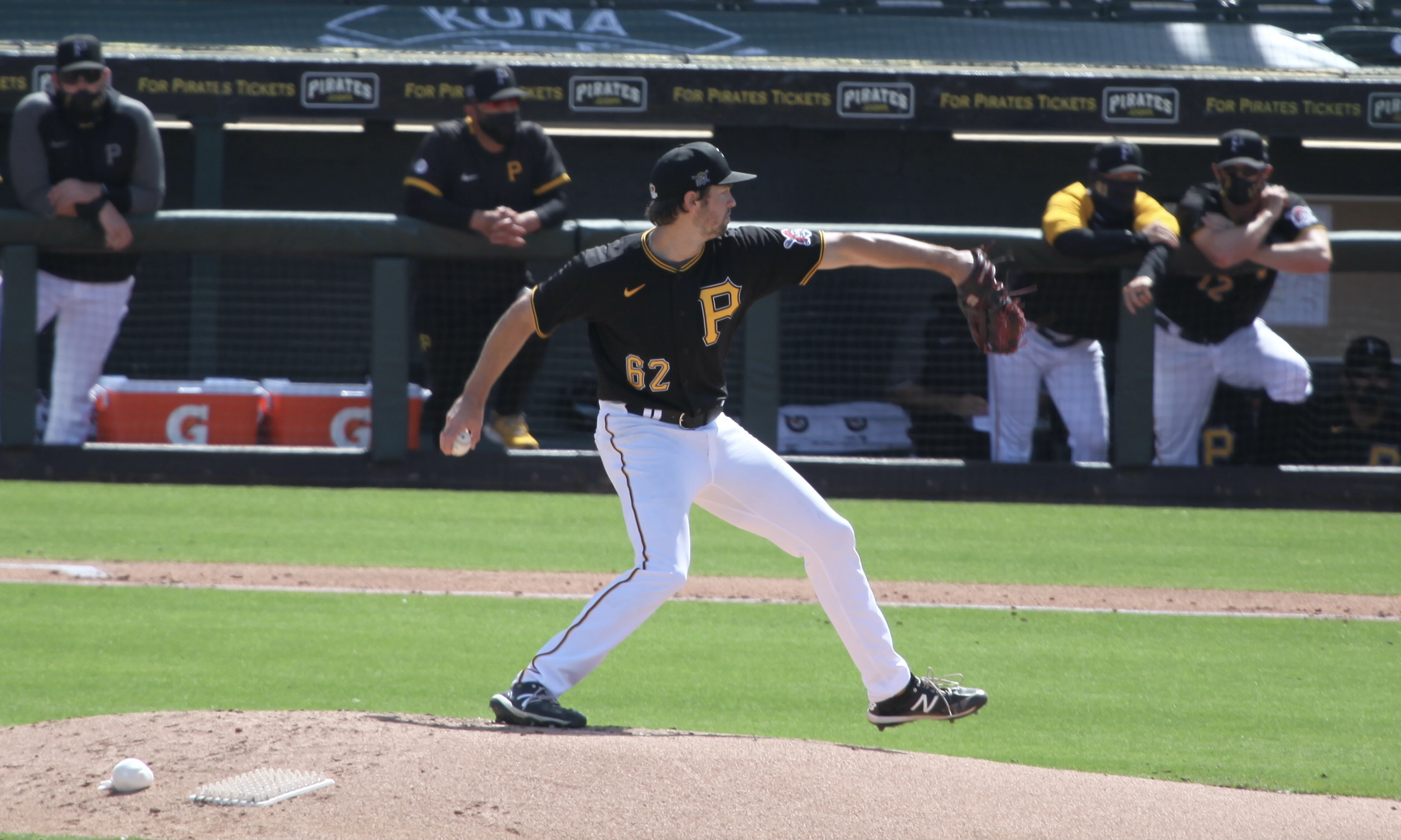 Braeden Ogle and Max Kranick each showed good stuff, but struggled with the strike zone.  Ogle made some good pitches after getting into three-ball counts.  Kranick didn’t; his inning got rolled over with just one out. 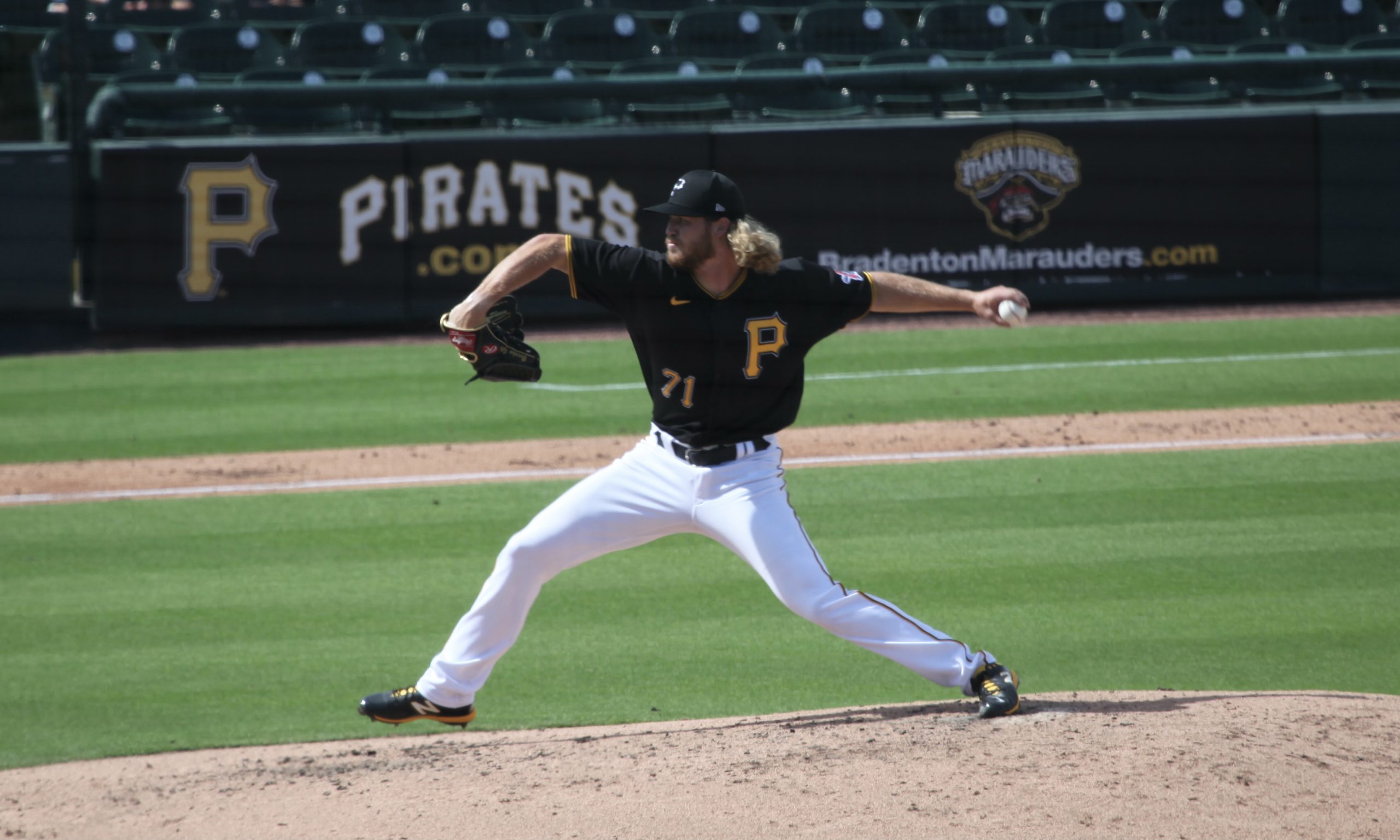 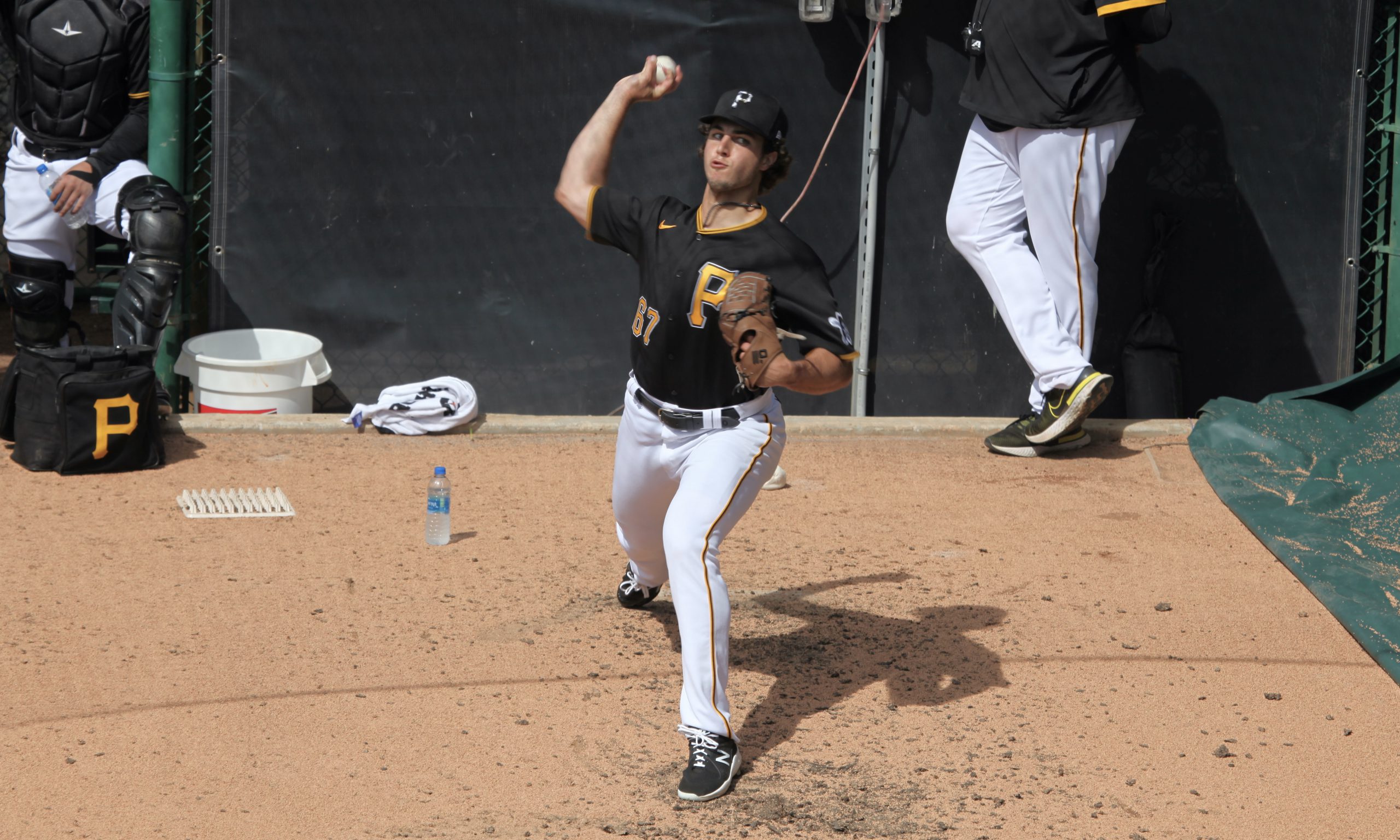 The sun was a challenge, as it often is at not-McKechnie. 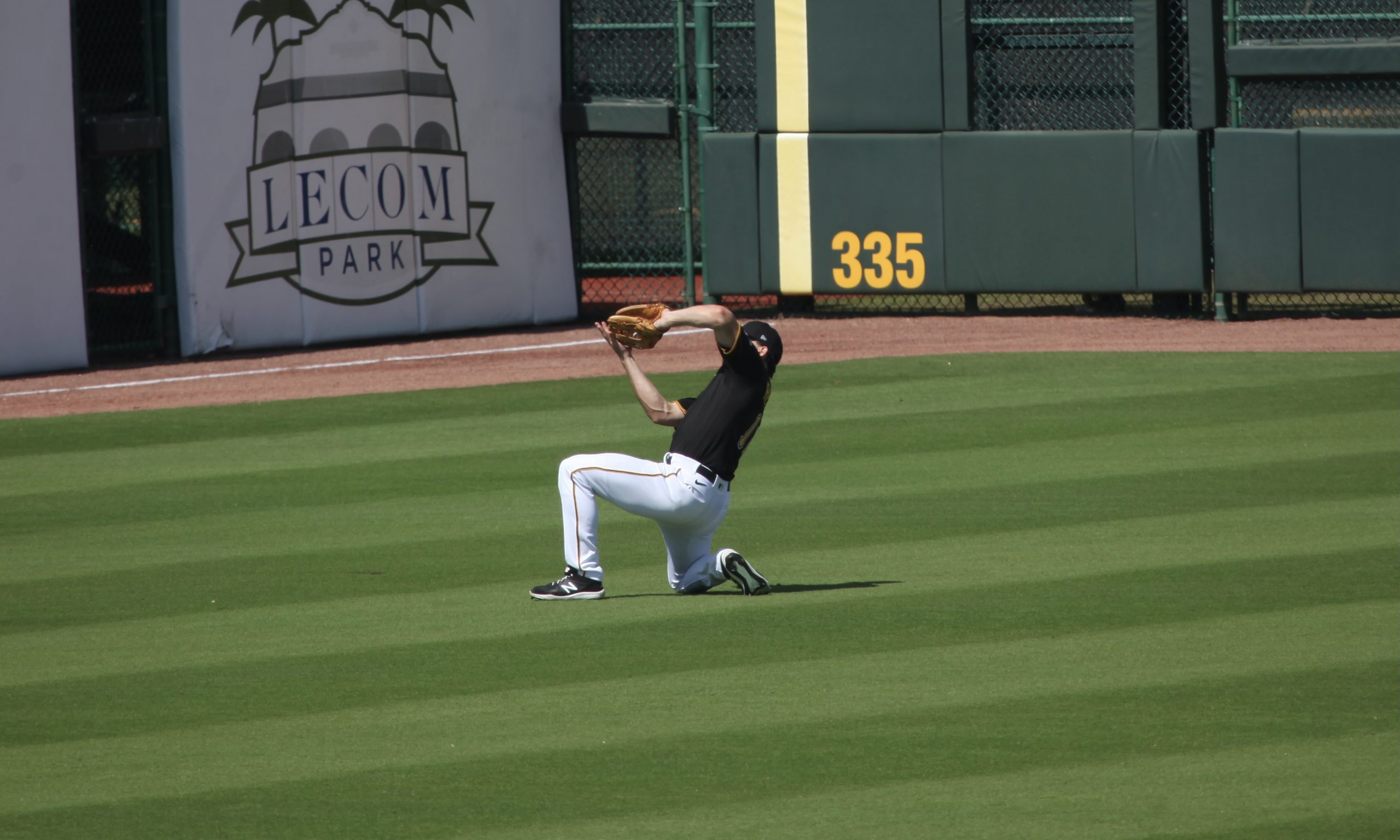 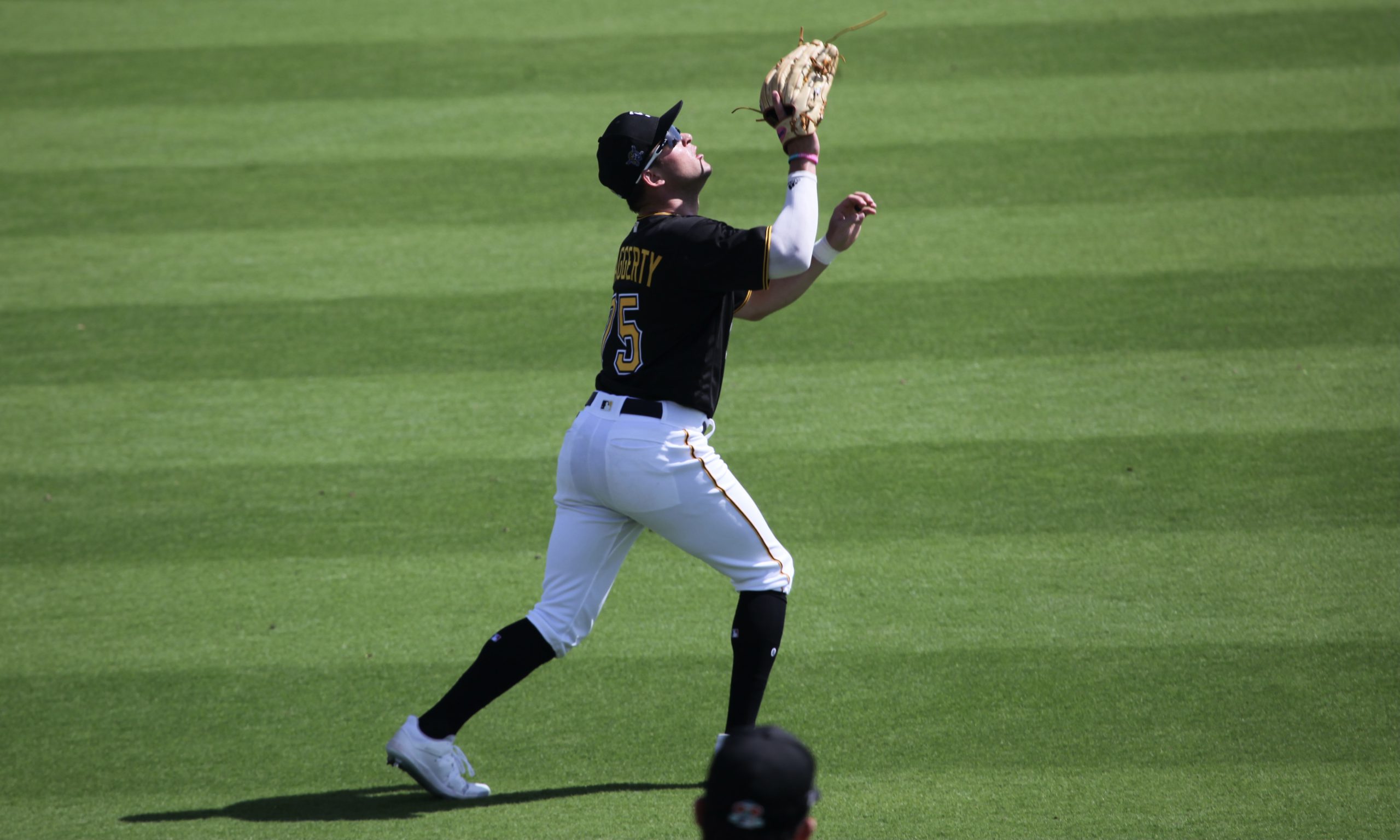 So does Travis Swaggerty 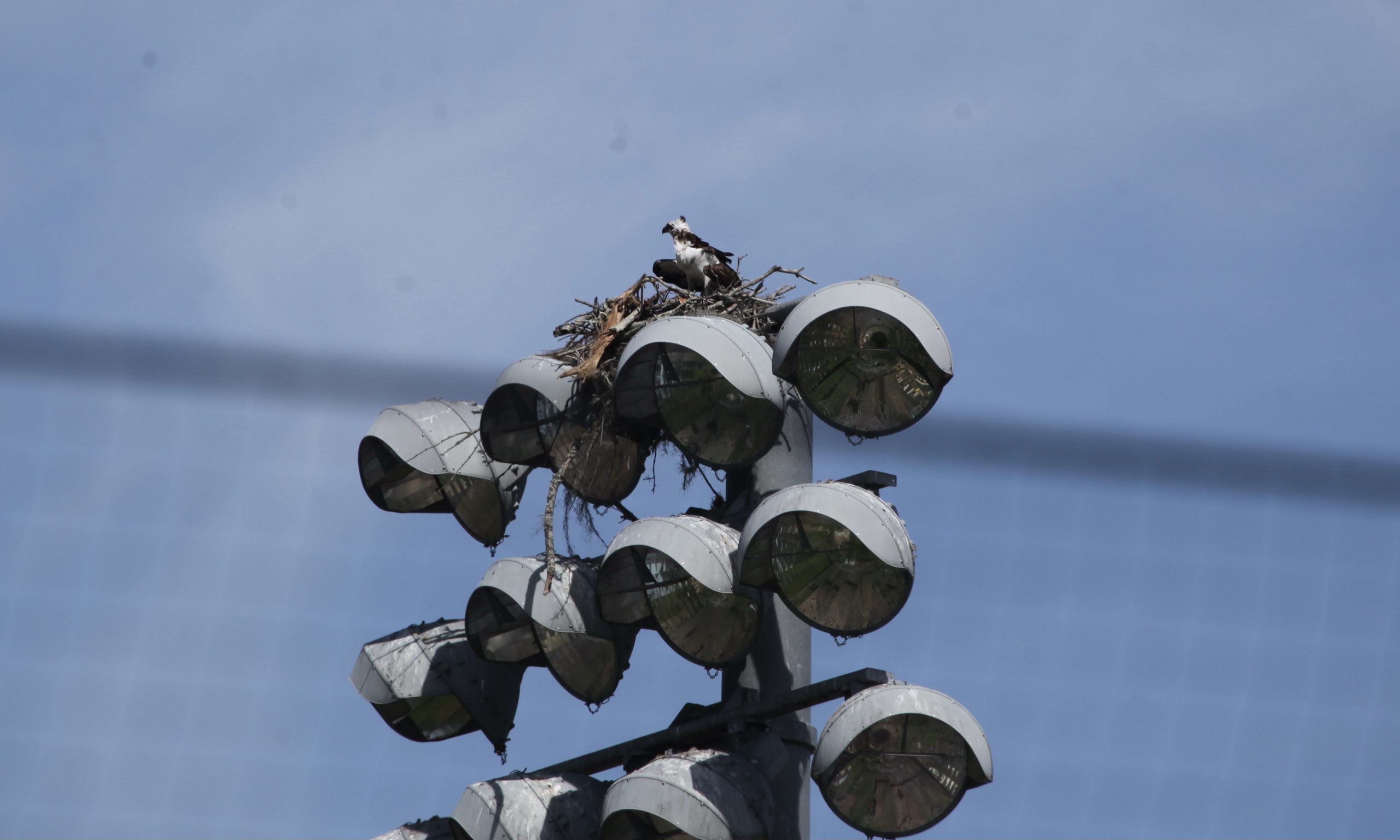