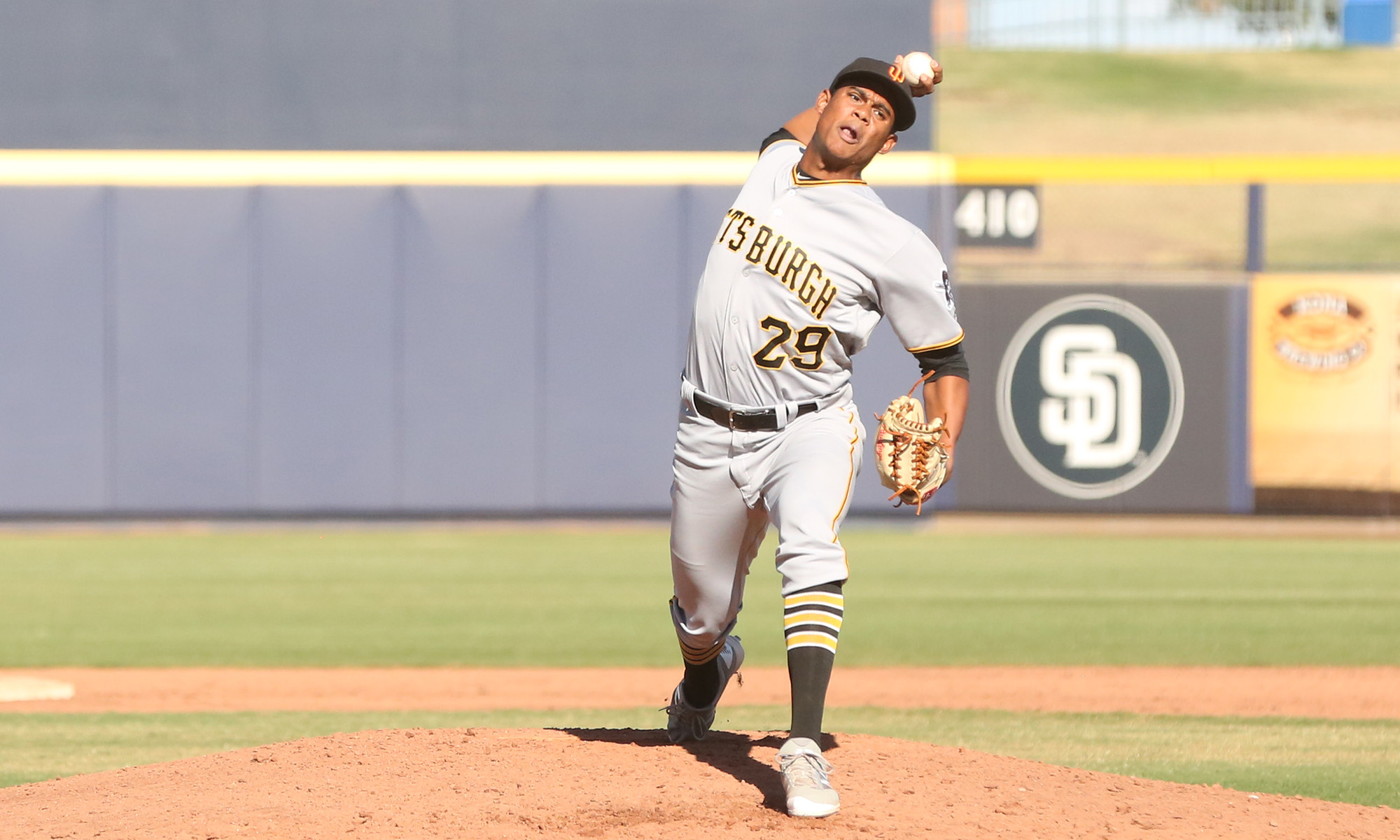 This is a battle that won’t end.  Ben Cherington has made it clear that he wants to shuttle relievers back and forth between Pittsburgh and Indianapolis.  He’s managed to stockpile a remarkable number of at least mildly interesting relievers who have options left.  Of course, there are a few relievers who should be locks as long as things don’t go bad.  There are also some prospects for the short- and longer-terms.

The “tryout” angle makes some sense.  In 2020, the Pirates managed after a month or so to assemble a surprisingly decent bullpen out of a very odd collection of spare parts.  As long as they’re willing to keep trying relievers until a few click, it could work out.

The other element of this scheme is a realistic view of the rotation.  None of the Pirates’ starters has established himself yet as a reliable part of a major league rotation, some have injury histories, and nobody had anywhere close to a full workload last year.  There are going to be games where Derek Shelton has to blow through the bullpen.  If so, the team should be in a good position to swap out with Indy to get fresh arms.  That’d be much better than making bad in-game decisions in order to conserve the bullpen, which happened with maddening frequency under Clint Hurdle and John Russell.

Richard Rodriguez:  The most reliable element of the pen, Rodriguez’ 2018 season looked like a possible fluke when he got off to a shaky start in 2019.  He’s righted things since then.  If you check his pitch selection, the clear trend is that he’s better when he throws his curve fairly often rather than going totally fastball-heavy.  He’ll probably always have some gopher issues, which may be why the Pirates seem to prefer him as an 8th-inning option rather than closer.  Either way, he’s a key piece for the Pirates as long as he’s still around.  The spring issue with him will be whether the Pirates get a trade offer they like.

Kyle Crick:  Crick has been a mystery since about June of 2019.  He had a rough time the rest of that year, possibly because he was tipping his pitches.  He came out in 2020 with significantly reduced velocity and ended up missing most of the season due to shoulder and lat strains.  If he could re-establish himself, he could even end up as closer, but he’ll come into camp with something to prove.

Chris Stratton:  Stratton’s been solid for the Pirates.  His ERA in 2020 (3.90) is a bit misleading as he suffered from a very low strand rate.  He’s interesting because he has a starter’s repertoire and throws his fastball less than half the time, so he fits in well with the team’s new tendencies.  He could have an important role this year, because relief in the 5th/6th inning is probably going to be needed a lot.

Michael Feliz:  The Pirates just don’t want to give up on Feliz, but he’s frustrating to watch.  He’ll blow away a couple of hitters, then Boom!  Walks are a problem, too; he’s a Three True Outcomes pitcher.  Feliz has no options left, so he doesn’t fit all that comfortably into the plan.  I suspect he’s probably going to have to earn a spot for 2021, but I don’t think the bar will be set high as far as his spring performance is concerned.  He does have to show he’s healthy, as he missed nearly all of the plague season with an elbow strain.

Edgar Santana:  His good 2018 season makes Santana one of the Pirates’ most “proven” relievers, but he hasn’t pitched since then.  He looked very good in camp a year ago, coming off Tommy John, but then shot himself in the foot with the PED suspension.  If he looks like he did a year ago, I have to think he’ll be back in the pen.

Geoff Hartlieb:  The plague season produced a lot of analytical oddities and that included Hartlieb.  He managed a 3.63 ERA but had a 5.48 xFIP due to a .203 BABIP and only one gopher ball allowed.  He went strictly with sinkers and sliders, and allowed just a .282 SLG, so hitters obviously weren’t driving the ball against him.  Hartlieb’s command is a work in progress — he hasn’t been pitching all that long — so he probably will get some time in AAA, but he should see Pittsburgh plenty, too.

Sam Howard:  Another part of the Pirates’ bullpen last year, Howard throws a lot of sliders, more than he does fastballs.  It’s been getting him a lot of swings and misses, but gopher balls have been a problem, too.  He’ll be in the mix, but it’s hard to say how far he can go throwing so many sliders.  Being left-handed won’t hurt him.  He has two options left.

Tyler Bashlor:  Bashlor throws hard and generates a lot of spin.  He had playstation K rates in the low minors, but starting at AAA the hitters whiffed a lot less.  In the majors he’s had walk and gopher problems.  The Pirates are obviously seeing more here than shows up in the numbers.  Bashlor has an option left, so like a lot of these guys, the spring may determine where he goes in the queue.

Austin Davis:  Davis has had a rough time in the majors and he’s already 28.  He did well with the Pirates, but it was only 3.2 IP.  He’s also a big left-hander, so there’s that.  We won’t see him this spring; he’s already on the 60-day IL due to elbow soreness.  He has an option left.

Odds of playing in Pgh. this season:  30% (just a wild guess pending more info on the elbow)

Sean Poppen:  Poppen was a starter in the minors, a finesse/command righty who threw strikes and got solid rather than impressive results.  The Twins used him in relief in his limited major league stints.  He threw harder out of the bullpen and has a good slider, leading to a lot more walks and Ks.  He seems like a AAA depth guy as a starter, with maybe more upside as a reliever, but it’s not clear how the Pirates view him.  We may get a better idea this spring.  Poppen has one option left.

Blake Cederlind:  This is the Pirates’ top upper-level relief prospect.  Cederlind figures to be a candidate for late-inning relief, possibly closing, although his stuff may lend itself more to ground balls than Ks despite the big velocity.  He has little AAA experience, but looked good in five outings in 2020, so I don’t think it’s a given that he can’t earn an opening-day spot.  Obviously one of the most interesting relievers, maybe the most interesting, to watch this spring.

Nick Mears:  Some scout should get a bonus — Mears wasn’t drafted out of college, but the Pirates signed him based on impressive summer ball work.  He misses a lot of bats, but has to work on his command and on pitching to LH hitters.  His experience above class A consists of five innings at Altoona in 2019 and five with the Pirates in 2020, during which he struggled to throw strikes.  Mears has two options left and the Pirates will probably use them, but it’ll be interesting to see whether he does better with the strike zone this spring.

David Bednar:  A short righty who was drafted in the 35th round, Bednar came to the Bucs in the Joe Musgrove trade.  Somehow or other — possibly a splitter that he added after joining the Padres — he’s had very high K rates.  He hasn’t pitched in AAA and struggled in 17 major league innings.  Bednar is one of several obscure but oddly intriguing relievers who’ll be in camp.  He has two options left.

Carson Fulmer:  As we all know, Fulmer was an eighth overall draft pick who never put it together and has most recently been pitching out of the bullpen.  Command has always been an issue, although he’s missed a lot of bats as a reliever.  He has no options left.  The Pirates probably claimed him off waivers with the idea of outrighting him to AAA, but when they dfa’d him a short time later the Orioles claimed him.  The Pirates then claimed him back when Baltimore dfa’d him, so they really seem to want to try something.  It’s hard to see him sticking in the majors all season unless some sort of miracle occurs, so I guess we can watch for that this spring.

Clay Holmes:  The Pirates waited for what seemed like decades for Holmes to take full advantage of his very good stuff.  A year ago, he was everybody’s choice for the pitcher who’d benefit most from a new regime.  So, of course, he made one outing and then went out for the season with a forearm strain.  He’s back on a minor league deal and apparently healthy.  It’s hard to see him opening the season in the majors, even with a good spring, but not hard to see him reaching Pittsburgh at some point.

Shea Spitzbarth:  Spitzbarth is quite similar to Bednar.  He’s a short righty who signed with the Dodgers out of college as a non-drafted free agent.  He doesn’t throw hard, but he’s had some wild K rates in the minors.  He’s gotten lit up, though, in limited chances in AAA.  The Pirates got him in the minor league Rule 5 draft, so he doesn’t have to stay on the active roster.  Spitzbarth will almost certainly go to AAA and try to earn a callup.

Braeden Ogle:  It was a mild surprise to see Ogle slip through the Rule 5 draft, as he’s a lefty who throws hard.  He’s pitched well as a reliever but he’s been hampered by shoulder issues.  He hasn’t reached AA yet, so he’s probably in camp just to get a look.

Chasen Shreve:  He’s on a minor league deal, but given the Pirates’ dearth of left-handed pitching, Shreve probably has a strong chance of making the team.  He’s had some success in the majors, but has had to battle walks and dingerz.  His situation obviously is different from most of the others here because he’ll be battling for a job rather than a spot in the queue.

Blake Weiman:  Weiman is a finesse lefty with a starter’s repertoire, but he’s been a reliever as a pro due to health issues.  He’s moved up quickly through the system and pitched very well, but went unselected in the Rule 5 draft.  The Pirates also didn’t bring him to the training facility, although there could be a lot of reasons for that.  He’s had only limited time in AAA, but could become an option during the season.

Yerry De Los Santos:  I’ve been wondering for a while whether De Los Santos was a prospect or not.  After one season in the DSL, he missed all of 2016 and most of 2017 due to Tommy John, and pitched only a little in 2018.  Then he suddenly surfaced in the South Atlantic League in 2019 and blew everybody away.  The Pirates didn’t promote him during the season and didn’t add him to the 40-man roster, so I wonder whether they hoping to hide him from scouts.  And now he’s in camp on an NRI.  It’ll be interesting to see how he fares against experienced hitters.  He could be battling for a promotion to AA.

Jandel Gustave:  Another of the relievers with odd backgrounds in camp, Gustave pitched very well in the majors in 2019 following Tommy John.  The Giants, however, outrighted him when the plague season started and he opted for free agency.  The Pirates signed Gustave to a minor league deal that runs through 2021 and he didn’t pitch at all in 2020, so I guess he was hurt.  He was originally part of a legion of pitchers with major velocity that the Astros were signing out of Latin America.  Gustave should be one of the more interesting relievers to watch this spring and could earn a callup at some point.