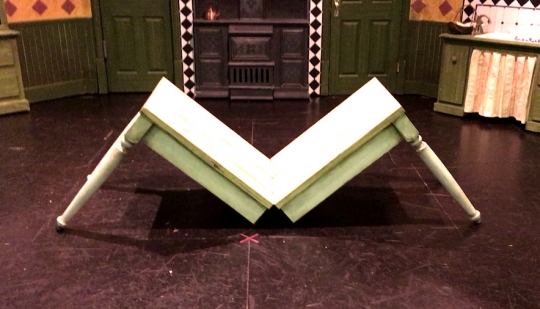 This is the real battle!  Unfortunately, it may come down to which player does the least to disqualify himself.  Happily, longer-term help is on the way and the Pirates seem eager to get an advance look.

Kevin Newman:  In 2019, Newman seemingly established himself as the shortstop, even hitting for decent power.  He hit well enough to overcome some lackluster defensive work.  Then in 2020, he quickly played himself out of the job, collapsing at the plate and going downhill in the field.  As the season went along, he split time between short and second.  Now 27, he’ll be part of a three-way battle for the shortstop job, with Cole Tucker and Erik Gonzalez.  A lot of hitters struggled badly in the plague season, including guys like Christian Yelich and Javier Baez, so it’s not beyond question that Newman could bounce back.  His best spot may be second, but playing him there would mean not playing one of the team’s best players at his best position.

Cole Tucker:  Really, the most appropriate comment here is, “WTF?”  The Pirates did a lot of bizarre things in 2020, and not all of them involved names like Riddle and Del Pozo.  Easily the most incomprehensible thing they did, one of the most incomprehensible things they’ve ever done, was converting Tucker to the outfield.  His entire time in the middle infield consisted of three innings at second.  The inanity of the team’s handling of Tucker extended to little things; for instance, despite being an excellent base stealer in the minors, Tucker attempted just one steal in 2020.  There’s all kinds of reason to doubt whether Tucker will hit enough to be a major league starter, but at least he has something vaguely resembling a ceiling.  He should be the presumptive starter at short, as long as he doesn’t join QAnon or park in Bob Nutting’s space.  But that’s apparently not how it’s going to work.  In fact, he could even get sent to AAA to open the season, especially with the acquisition of Todd Frazier.  Tucker arguably faces as much urgency this spring as any player in camp.

Erik Gonzalez:  Speaking of incomprehensible, there’s the Pirates’ continued conviction that Gonzalez is still a prospect just waiting to break out.  Their obsession doesn’t rival Tucker-in-the-outfield on the WTF Meter, but the echoes of that table-pounding just won’t go away.  Never mind that Gonzalez is 29, five years older than Tucker.  Or that his hitting with the Pirates has actually gotten a little worse than it was with Cleveland.  Gonzalez is a pretty good, but hardly outstanding, defender, and that’s just not enough to explain him being in line for a possible starting job on a rebuilding team with two much younger players available.

Oneil Cruz:  One of the toolsiest players in the minors, spring training is a good place to see whether Cruz can start providing production to match.  For all the talk he’s generated, he hasn’t played that much in quite a while.  Because of injuries, he got into only 73 games in 2019.  He hit very well in half of them, in the Florida State League, and held his own after a promotion to the Eastern League, especially for a 20-year-old.  He’s raised some questions by struggling the last two years in winter ball.  Then there’s the whole “6’7″ shortstop” thing.  There’ve been a couple of reports that he may get some outfield time, but the Pirates officially think he might still make it at short.  In the immediate sense, the most interesting question with Cruz will be whether he opens 2021 in AA or AAA.

Odds of playing in Pgh. this season:  50% (most likely a September callup)

Ji-Hwan Bae:  Bae is yet another young prospect who’s getting some unusual, higher-level exposure.  He’s played only two pro seasons — one in the GCL and one in low A — but the Pirates brought him to Altoona in the plague year and now he’s on an NRI.  He has elite speed and employs the slashing style of hitting that Ichiro made so familiar.  He may not have the arm for short, but he could have remarkable range for a second baseman, if that’s the way it goes.  Like some of the other young guys, what Bae probably has at stake this spring is a chance at a bigger promotion if he plays like he belongs with the more experienced players.

Wilmer Difo:  Difo was a good-glove, organizational utility infielder in the Nationals’ system who parlayed one big offensive season, in low A, into six full or partial seasons in the majors.  Early in his minor league career, he was a big base stealer, but he’s not as fast now.  As a hitter, he’s Erik Gonzalez with a little less power and a little more on-base skill.  Difo figures to be AAA depth who’d probably need trades and/or injuries to get a callup.

Liover Peguero:  Peguero’s situation is nearly the same as Bae’s, except he hasn’t played above short-season ball.  The Pirates seemed very enthused with what they saw of Peguero at Altoona, although he appears to need to get more selective at the plate.  He could get a chance to earn a promotion to a higher level than he might ordinarily have gotten.