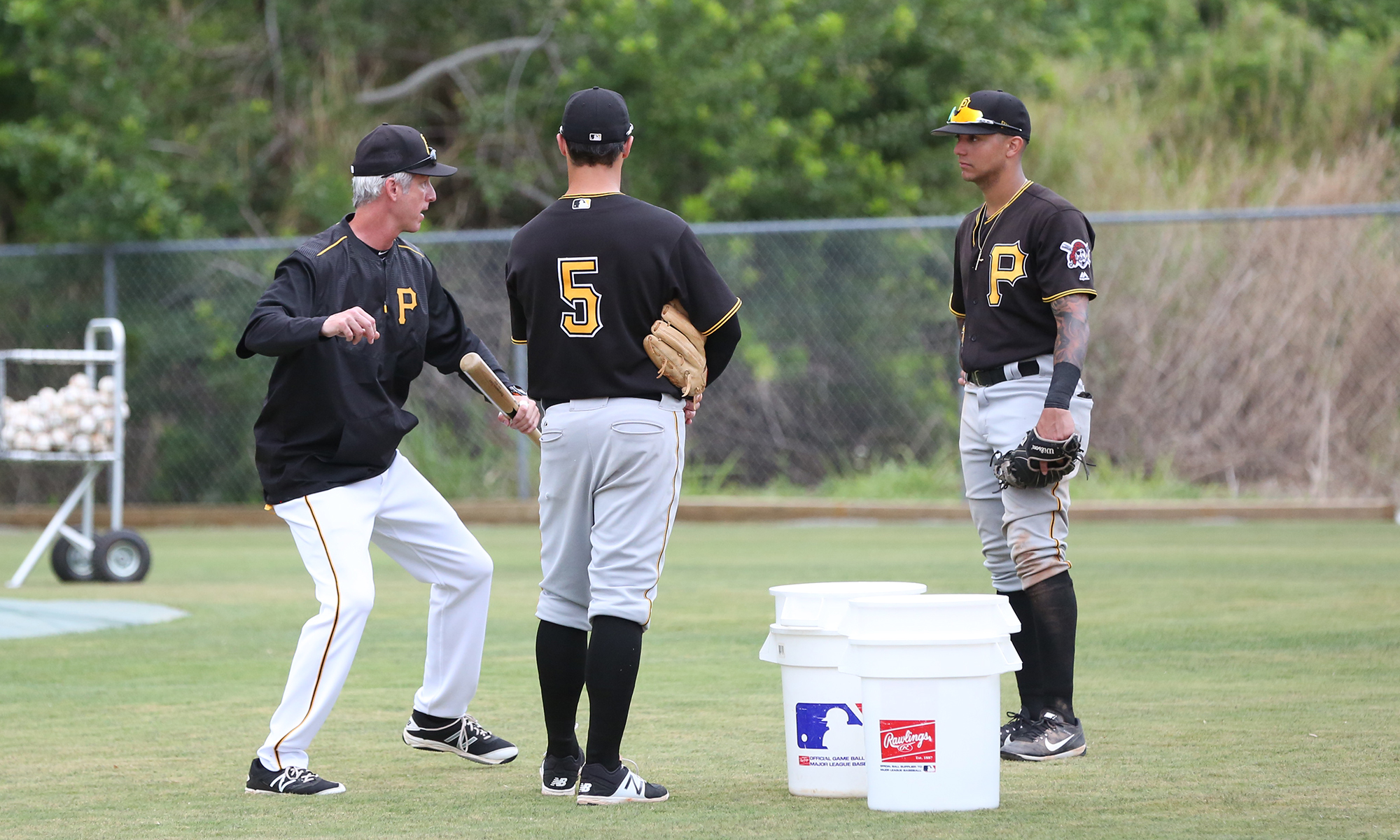 The Pittsburgh Pirates announced the minor league coaching staffs for their four full-season affiliates on Wednesday. Here are the lists: 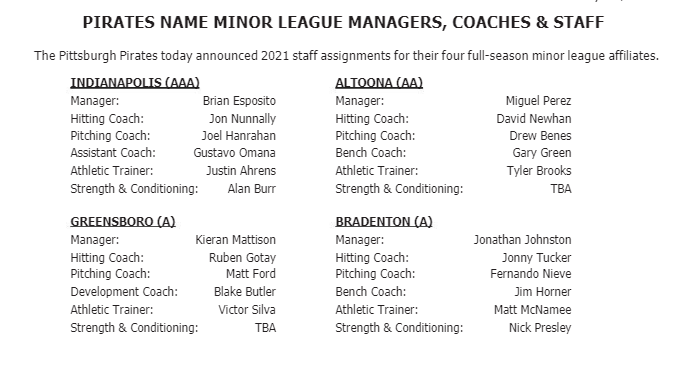 Indianapolis remains the same as the scheduled coaches for the 2020 season in the top three spots. Gustavo Omana isn’t new in the system, but this is his first year with Indianapolis. He has been a catching instructor for the Pirates since February of 2018. Before that he worked for six years with the Tampa Bay Rays as a minor league hitting coach for the Venezuelan League team. Prior to that he had experience as both a catcher for the Cincinnati Reds in the minors and as a catching instructor in Venezuela.

Altoona was scheduled to be Dave Turgeon as the manager last year, but he’s no longer with the Pirates. Miguel Perez and Drew Benes both move up from their Bradenton assignment to take over here. David Newhan was the hitting coach for Altoona last year and Gary Green (pictured above) has held numerous jobs with the Pirates since 2005, spending much of that time as a minor league manager and an infield coordinator.

Greensboro is now the High-A club and Keiran Mattison remains as their manager. Ruben Gotay and Matt Ford are new for Greensboro, but they have been around for quite some time. Gotay is moving up from a GCL hitting coach assignment scheduled for last year. Ford was a rehab pitching coach last year. Blake Butler was scheduled to be the Altoona bench coach last year.

Bradenton moves down to Low-A this year and all of their coaches are new to the team, though not new to the Pirates. Johnston was scheduled to manager Morgantown last year. Tucker was going to be the Greensboro hitting coach, so he actually remains at the same level. Nieve was going to be the Bristol pitching coach, while Horner was slated to be Johnston’s hitting coach in Morgantown.