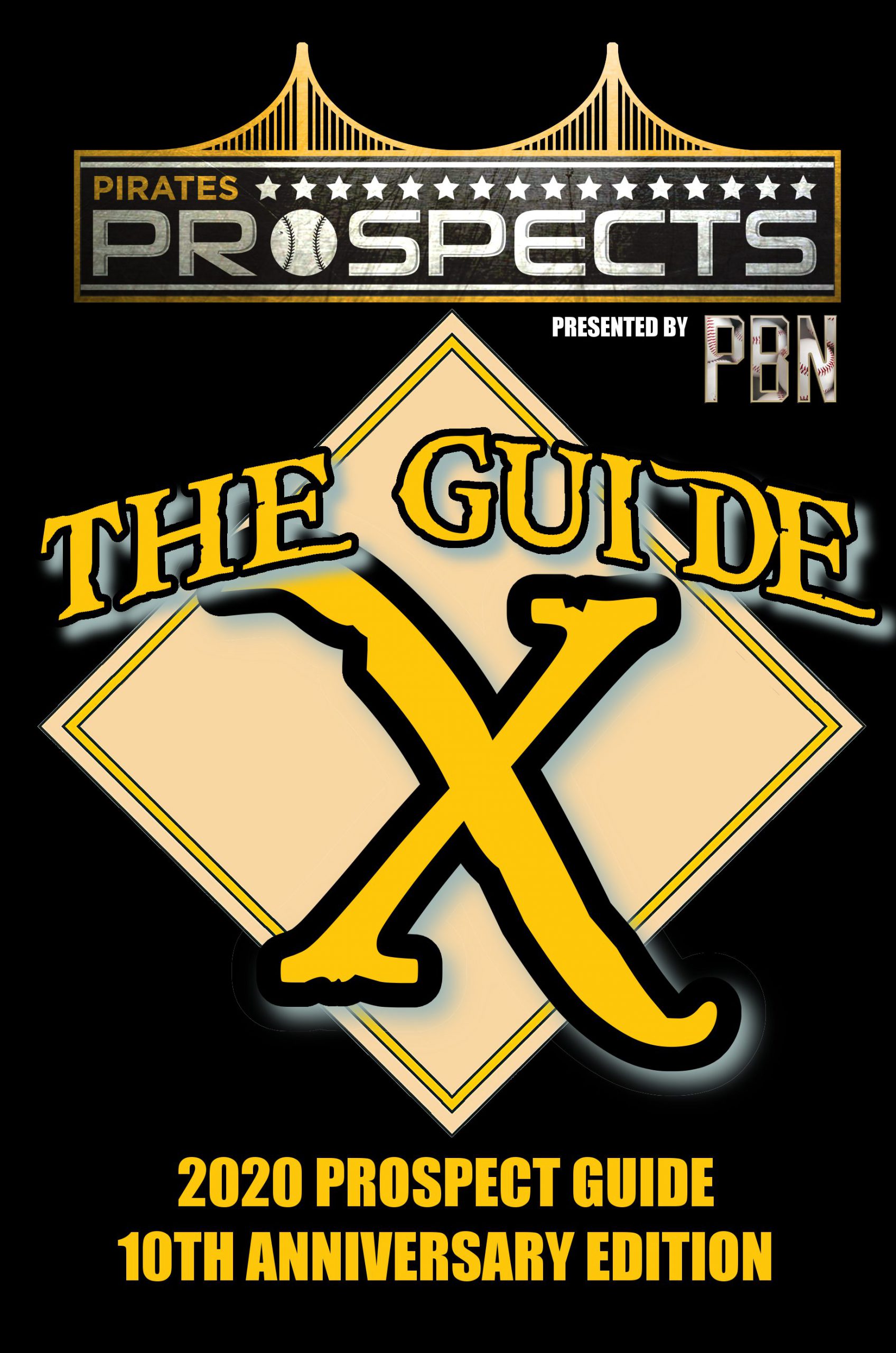 After months of delays, a complete re-write, and what feels like a brand new farm system, the 10th Anniversary Prospect Guide is written to be more than just a reference or a guide book. This year, we wanted to give you something more. Something to distract you from everything going on in the world. Something that didn’t feel like going through the motions, but instead allowed us to show you what we do best.

I can’t describe this book, other than saying it’s inspired by Led Zeppelin, has reports on every prospect in the system, our full top 50 prospect rankings (post-Jameson Taillon/Joe Musgrove/Josh Bell trades and new international signings), and some pretty weird poetry and looks at the future of Pittsburgh Baseball Network.

This has been a crazy year. We know a lot of you out there are hurting in so many ways. We’re not immune to that. It’s been rough getting through this pandemic as a small business of independent writers when the government is providing little to no help for small businesses or independent writers. But when you’re stepping to the plate or on the mound for the big game, and it’s the last game of the season, then you rely on your best stuff, and give it all you’ve got. That’s the energy I channeled into this project.

Now, we’d like to try something new. This has been a rough year, and a lot of you have stuck with us through some tough times, allowing us to grow and get to a point where this site could survive anything. I want it to grow. I want this site to be a widely-available resource, providing compelling, well-researched independent writing about all-things Pittsburgh Baseball. I want it to be a place where younger writers can test out their craft, with live feedback from our amazing community. I want to expand into podcasts and video in that process.

I want to do all of this with one idea: Pay what you can.

There are a lot of you out there who are trimming down every cent in the budget, and can’t even justify $1 for a digital book that spans 200 pages about your favorite team.

If this comes anything close to describing you, take it for free. It’s on us! As a way to say thanks for reading! Maybe you paid us for something before. Maybe one day you can again. Maybe you tell 50 people about us, and 47 also get it for free, but three others can afford to pay. Maybe you just absolutely hate our work, but kind of want to check it out for proof of how much better your opinion is. That’s cool, too! There’s some stuff in the book to help you out.

And if you can afford to pay, you’ll be helping to keep this site in business, while expanding our operations in 2021 and beyond. We have a suggested price of $18 as a guide, but feel free to go higher or lower. Anything helps, but consider a higher price a way to help pay for those who can’t.

We’ll see how this works. We’ve also got the limited edition paperback versions of the book, with variant covers featuring Ke’Bryan Hayes and Mitch Keller. Those have been sent to the printer, and will be shipping out soon, with a delivery estimate next week.

Each purchase of a physical book gets a free digital copy!

We also have special edition Prospect Guide logo shirts and beer glasses for sale, along with Prospect Guide bundles. The glasses and shirts will be shipping out when they arrive from the separate manufacturer.

The book will go to the printer on Monday afternoon. We have used this printer for several years, and typically get a good turnaround time from them. I’d expect to have a ship ETA date at some point next week.

Our glassware and shirts were a different story. We ordered from the same place every craft brewery orders from, and ordered the most popular glass style. We were told they were on backorder until January 4th, which extended into February. I just made the final approval for the order today, so it appears they’re finally in stock. I’m hoping that everything will ship out at once, but this is our first time using this company. In the future, we’re not doing pre-orders for beer glasses.