Major League Baseball announced a revised Spring Training schedule on Friday afternoon. The Pittsburgh Pirates will be playing 29 games over 31 days, with more games against their nearest opponent, the Baltimore Orioles. There are also no split squad days scheduled now. 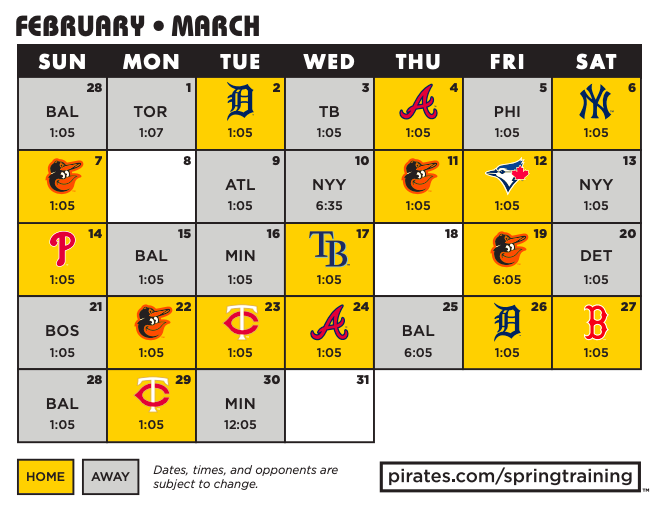 The new schedule came with an announcement from the team:

In coordination with Major League Baseball, the Pittsburgh Pirates today announced their updated schedule for the 2021 Grapefruit League Spring Training season. The revisions were made in accordance with all updated health and safety protocols implemented by MLB. The schedule, which has moved back one day from the original schedule, will now feature 29 games in a 31-day span. The Pirates Grapefruit League schedule will now begin on Sunday, February 28 as the Pirates visit the Baltimore Orioles in Sarasota at 1:05 p.m. The Pirates home portion of the schedule will now include 15 games, down from the original 17 planned.